City of Aberdeen Distillery is the first legal distillery in Aberdeen for 80 years. Although the doors officially opened in December 2019, the idea for the City of Aberdeen Distillery goes back to 2013 when friends Alan Milne and Dan Barnett got chatting about beer and spirits. The friends, who both had a shared love of wine, beer, gin and spirits and met through the Aberdeen University Wine Society, felt it was about time Aberdeen had a distillery to call its own; a place that could produce gin and spirits that was influenced by the local area, could include Aberdeen’s heritage and history but with a sprinkling of fun, humour and of course Doric, the local dialect.

Based in a former store house in an arch under Aberdeen’s main railway line, Alan and Dan took the empty space and have fitted it out to accommodate both the distillery and gin school. With a number of mini-stills, visitors can enjoy a range of experiences including tours, tastings and can also turn their hand to making their own gin. One of the distillery’s mantras is “Made for Aberdeen, by Aberdeen” – with a number of Scottish Gin expressions available, along with a number of distillery exclusives, The City of Aberdeen Distillery is proud to be reviving Aberdeen’s lost distilling heritage. 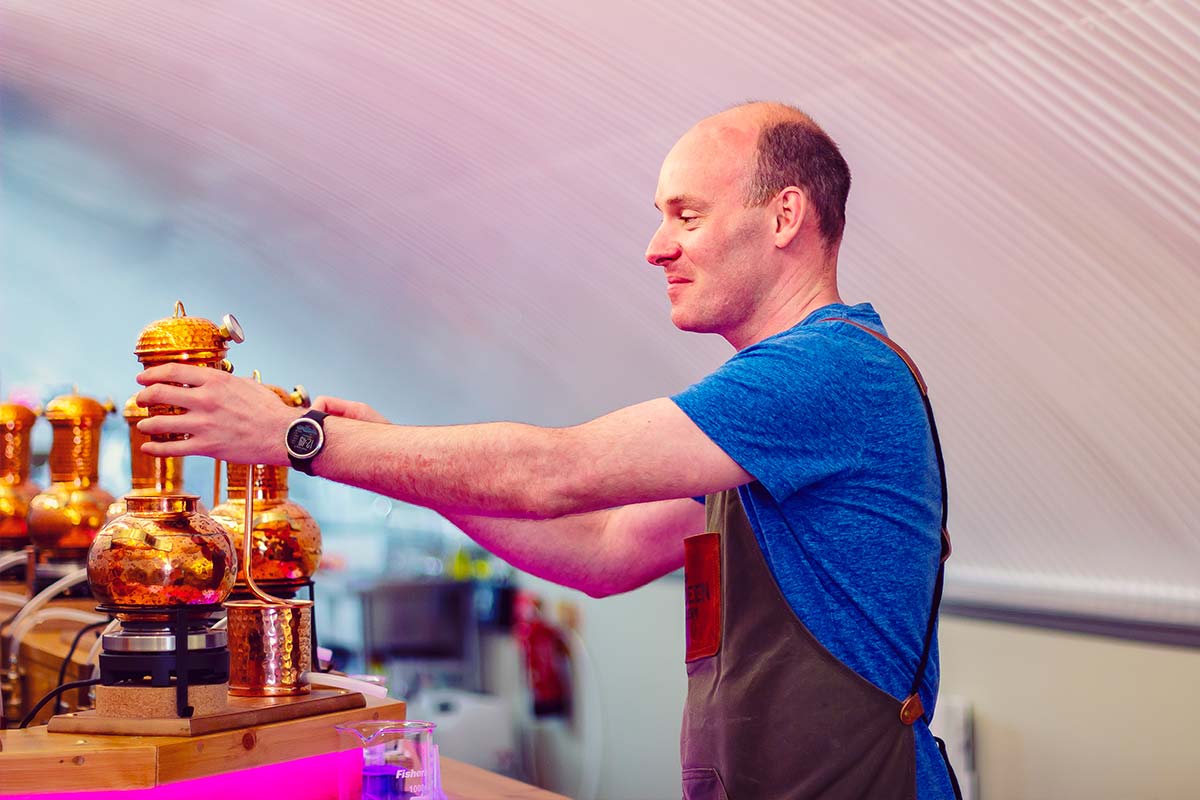 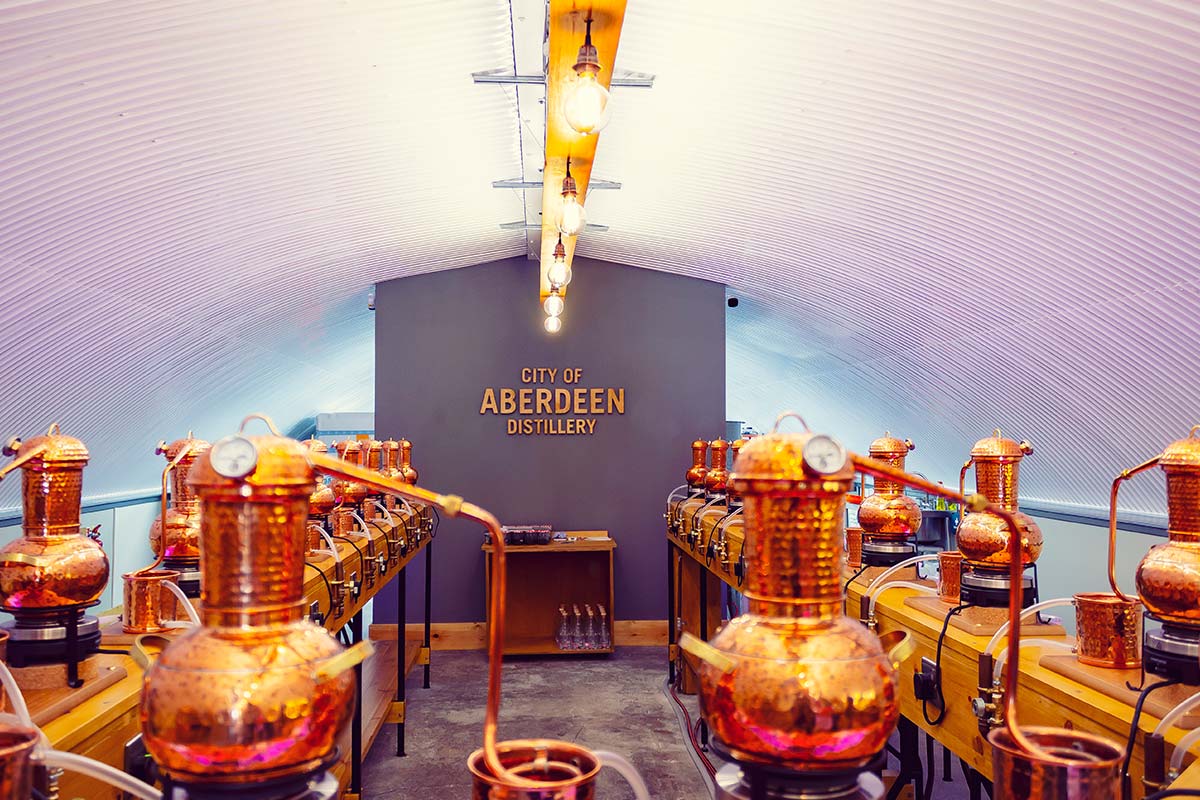 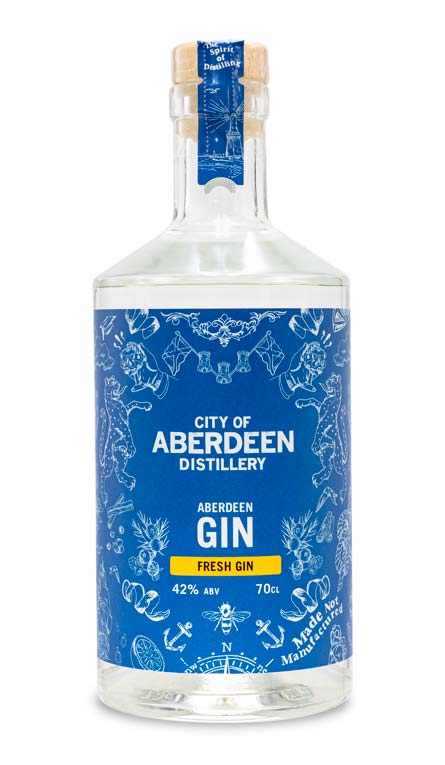 Described as classic yet vibrant, uplifting and refreshing. The team distil using organic grain neutral spirit in small batches, typically every two weeks using Macedonian juniper, hand prepared fresh citrus, together with a number of other botanicals to achieve a fresh flavour and maximum refreshment. This gin is described by the distiller as, "gin as it's meant to be". 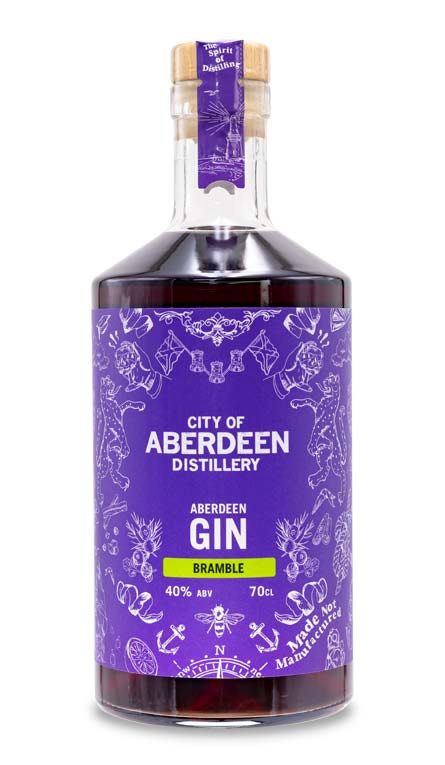 Bramble Gin features Scottish brambles as a key botanical, delivering sweet jammy notes of rich berries offset by cassia, black pepper and cubeb berries. Rich, warming and fruity, the gin strikes a balance between big, fruit flavours whist retaining some of the classic elements of gin including warming, earthy notes on the palate and finish. 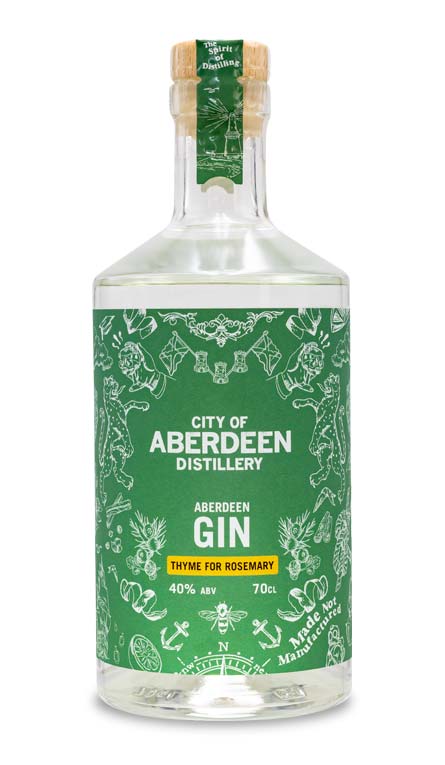 Refining this gin took lots of time, trial and error as each botanical has the ability to dominate. Eventually distiller Alan landed on a balanced blend of flavours. Initial uplifting thyme quickly transcends into a crisp and savoury experience of rosemary and gradually makes way for the richly satisfying Mediterranean conclusion of olive leaf, whilst retaining a pleasant juniper backbone. 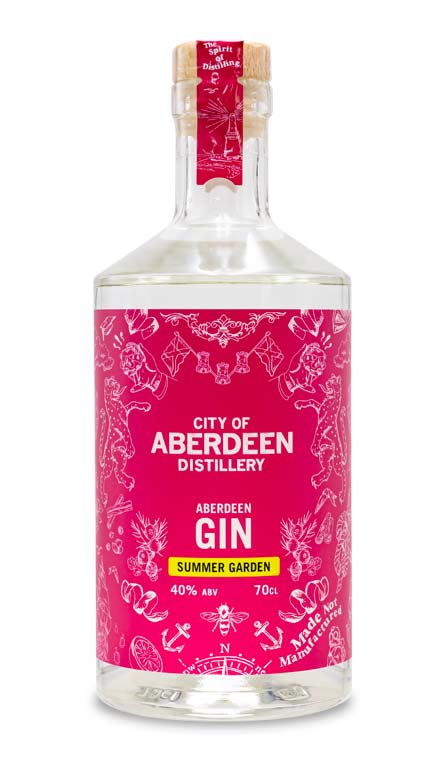 Chamomile, rose and blue mallow flowers join with the traditional gin botanicals to give a luxuriously smooth and floral gin. A sensation of caramelised apple and soft subtle pepper which then blossoms into sweet fragrant rose. 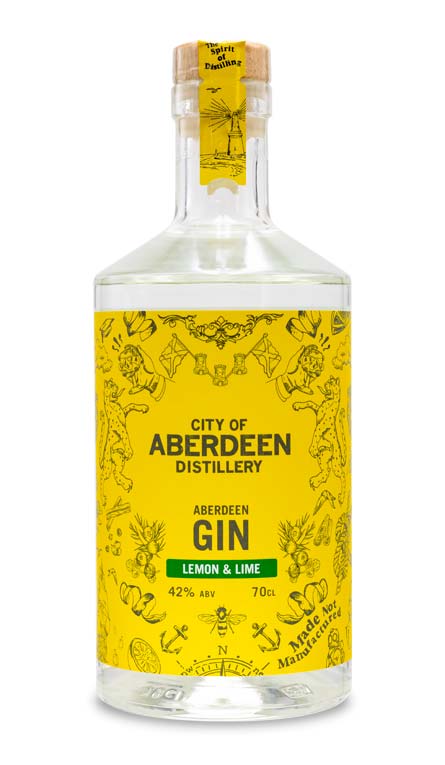 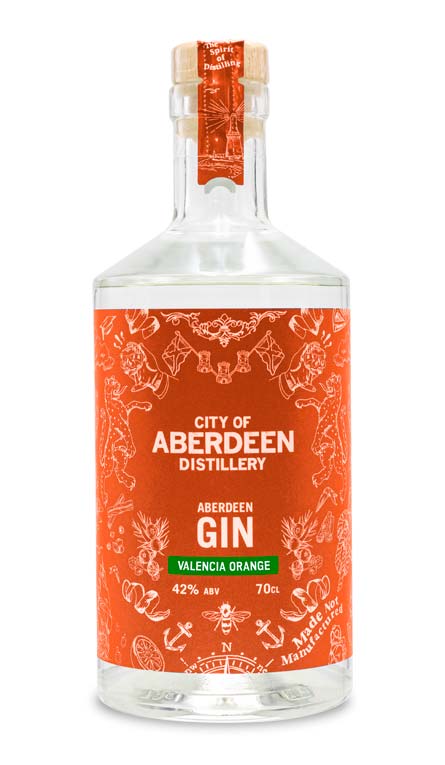 Continuing to bring experimentation and small batch creations to the city of Aberdeen, the distillery team has made a particularly seasonal expression using Valencian oranges and bright Moroccan coriander, providing a balanced summer sipper. On the nose, crisp juniper and sweet citrus. On the palate, lively uplifting sweet orange and full flavoured juniper. The flavour continues with citrus spice from the Moroccan coriander. To finish, the gin concludes with a light pepper note and a deep orange zest note.

The distillery and gin school are housed in a discreet railway arch just south of Aberdeen’s famous granite mile, Union Street. Located a short distance from the River Dee, the former railway arch once stored goods that arrived by boat at the local harbour before being transported to the arch for storage. The distillery space features a working distillery along with the City of Aberdeen Distillery Gin School, where visitors can enjoy a gin making experience. Tours, tastings and gin making classes also provide the chance to learn more about the history of distilling and gin making, samples from several demi-johns filled with the distillery’s current experimental series of gins, and the chance to discover more about the co-founders Alan and Dan’s journey into the world of distilling.

Arch 10, Palmerston Road, Aberdeen, Scotland, AB11 5RE - View on Google Maps
Discover other Scottish Gin Distilleries & Experiences - Click Here
Disclaimer: Where applicable, book your Scottish Gin experience in advance and check with the venue before heading off on your journey. 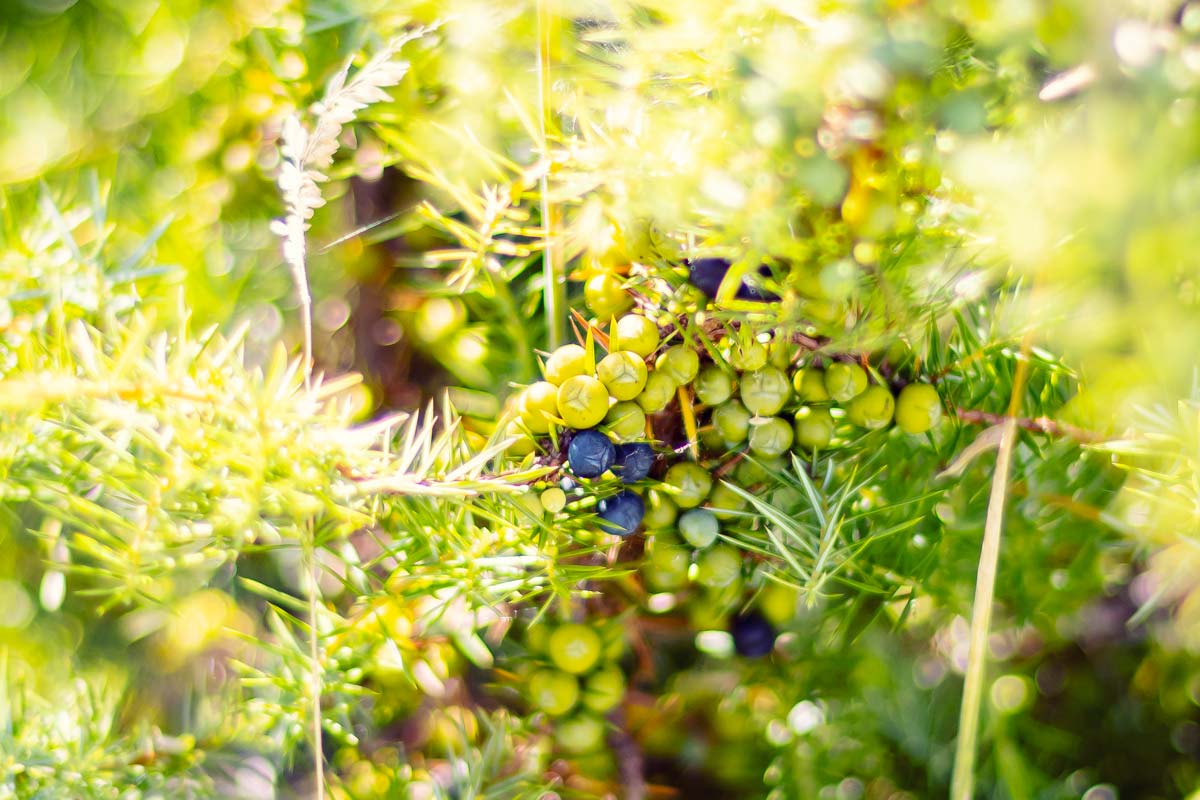 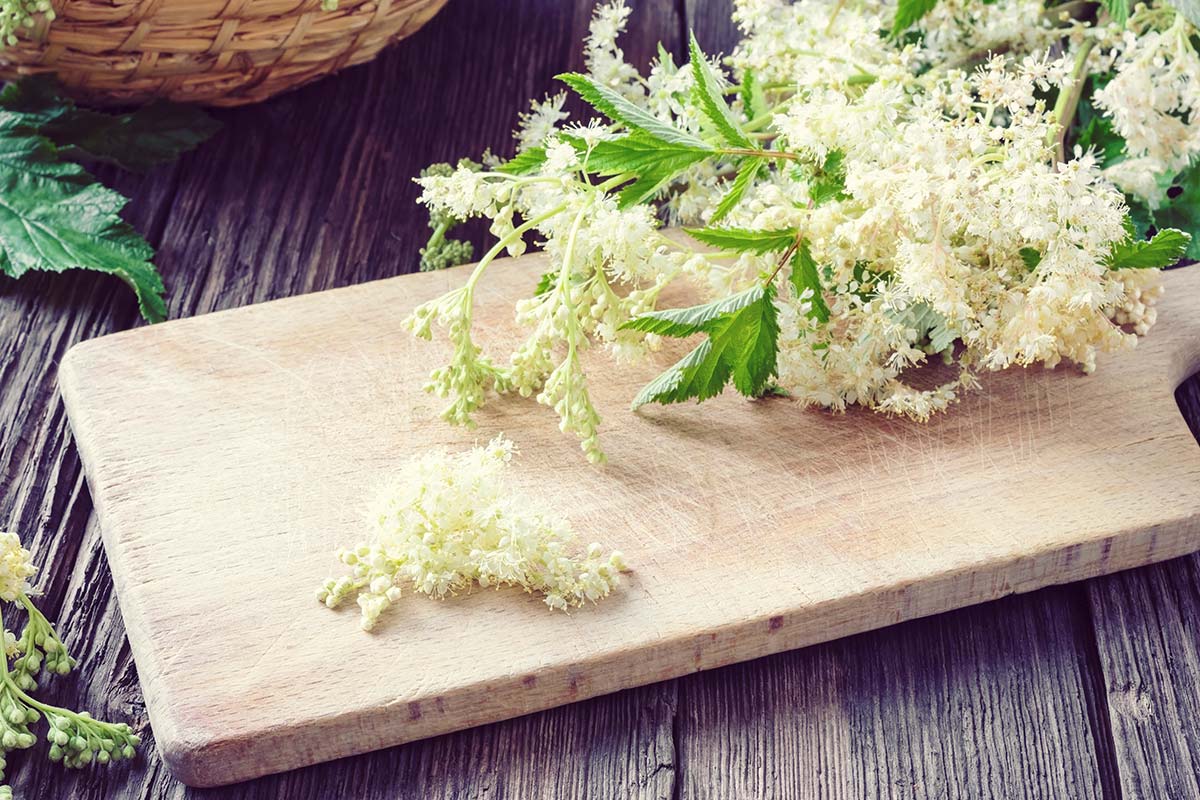 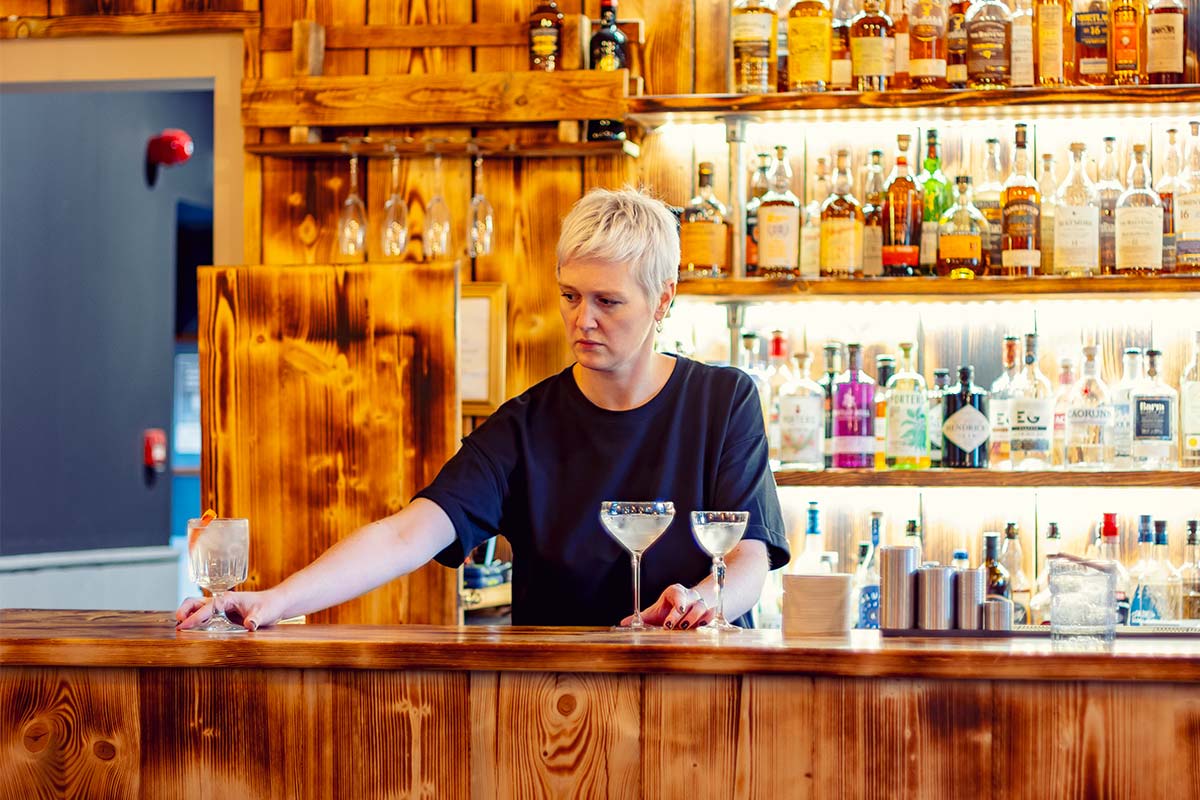 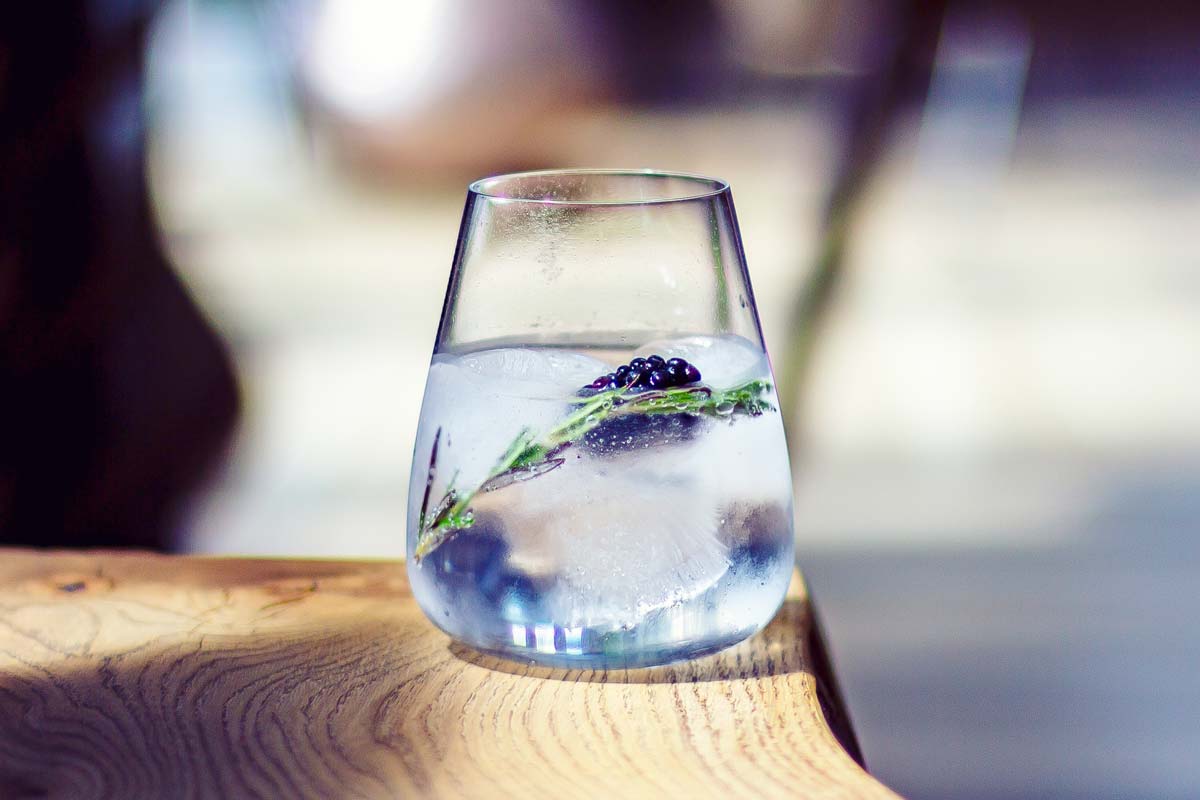 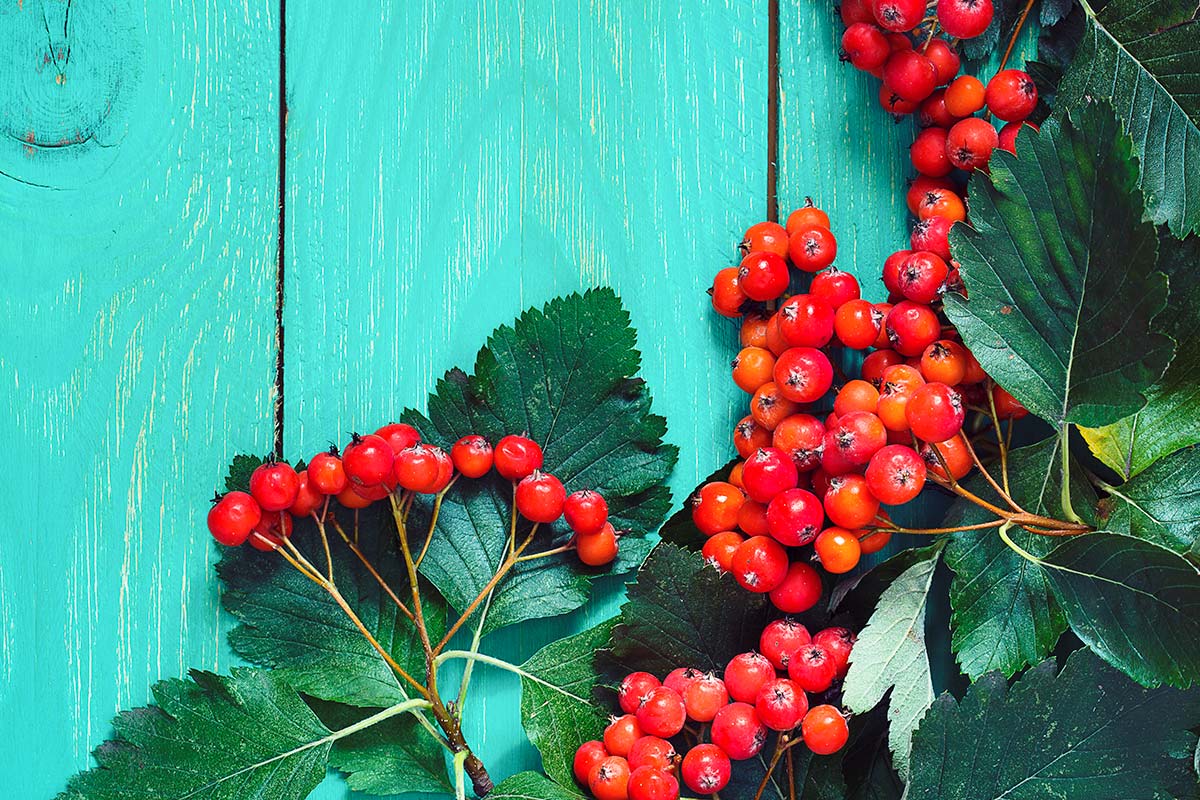 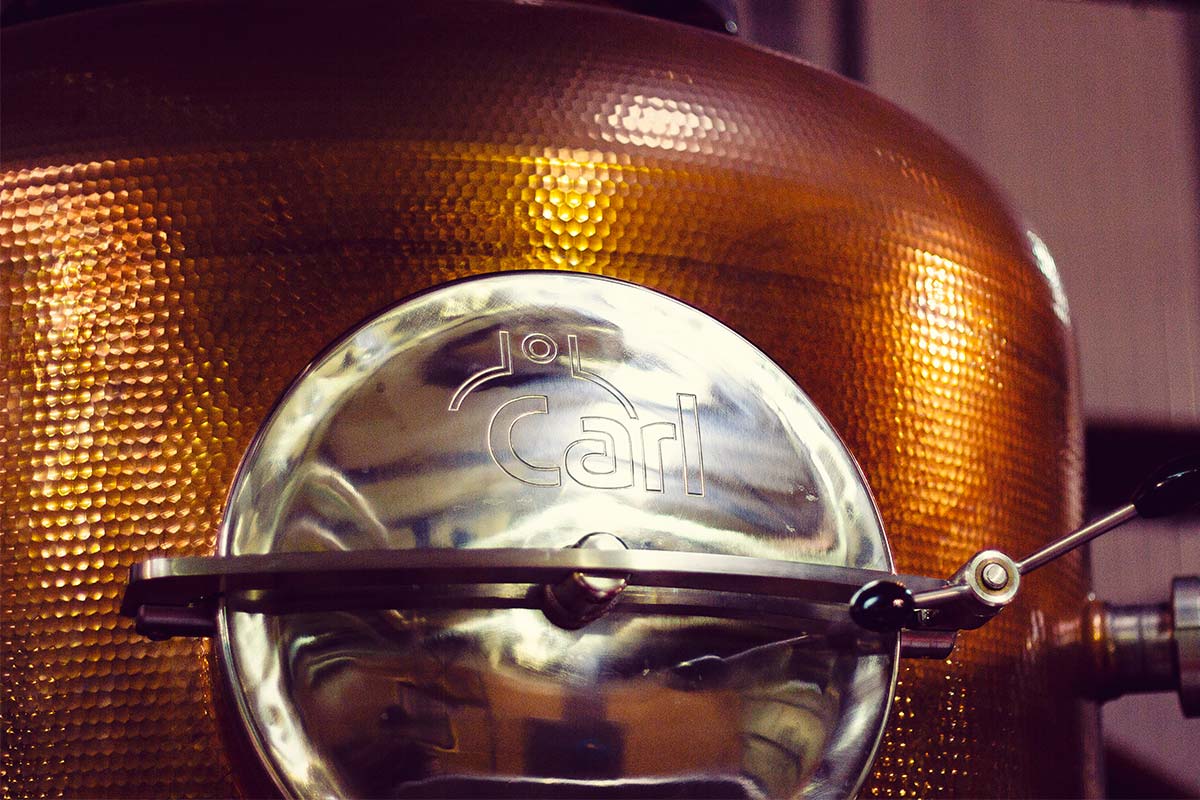 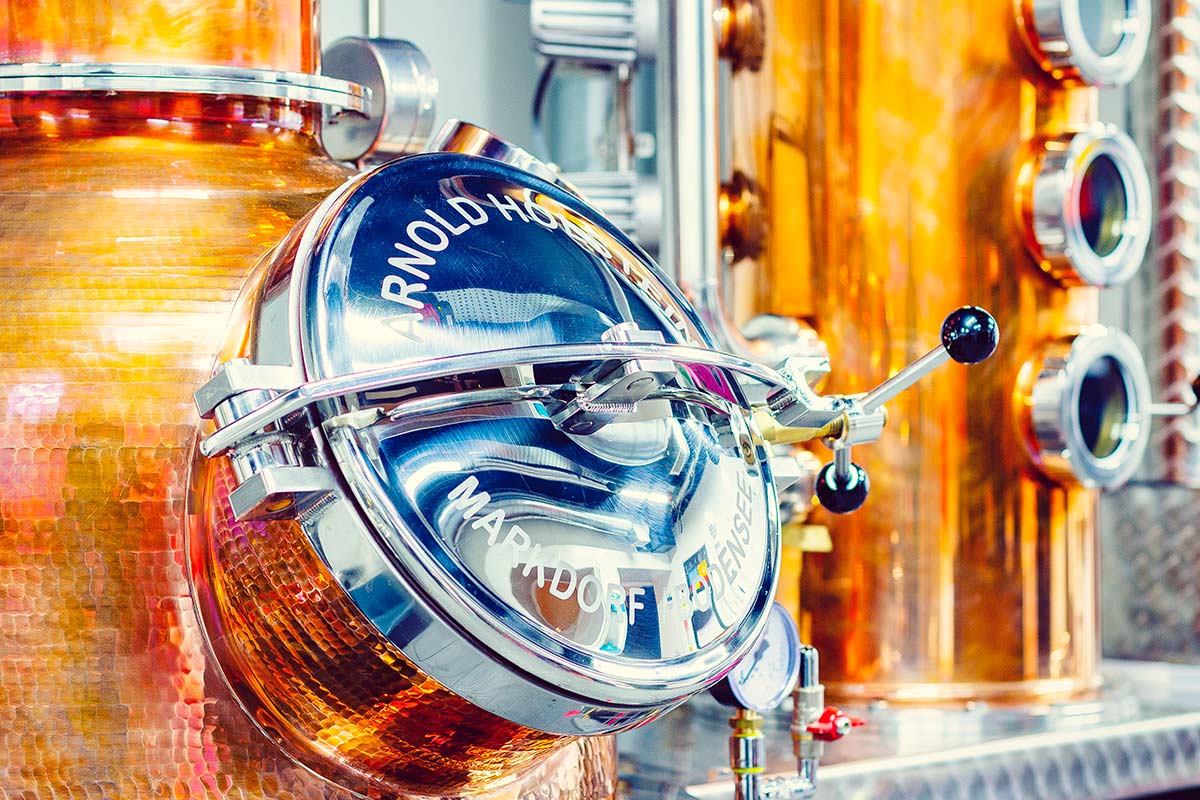 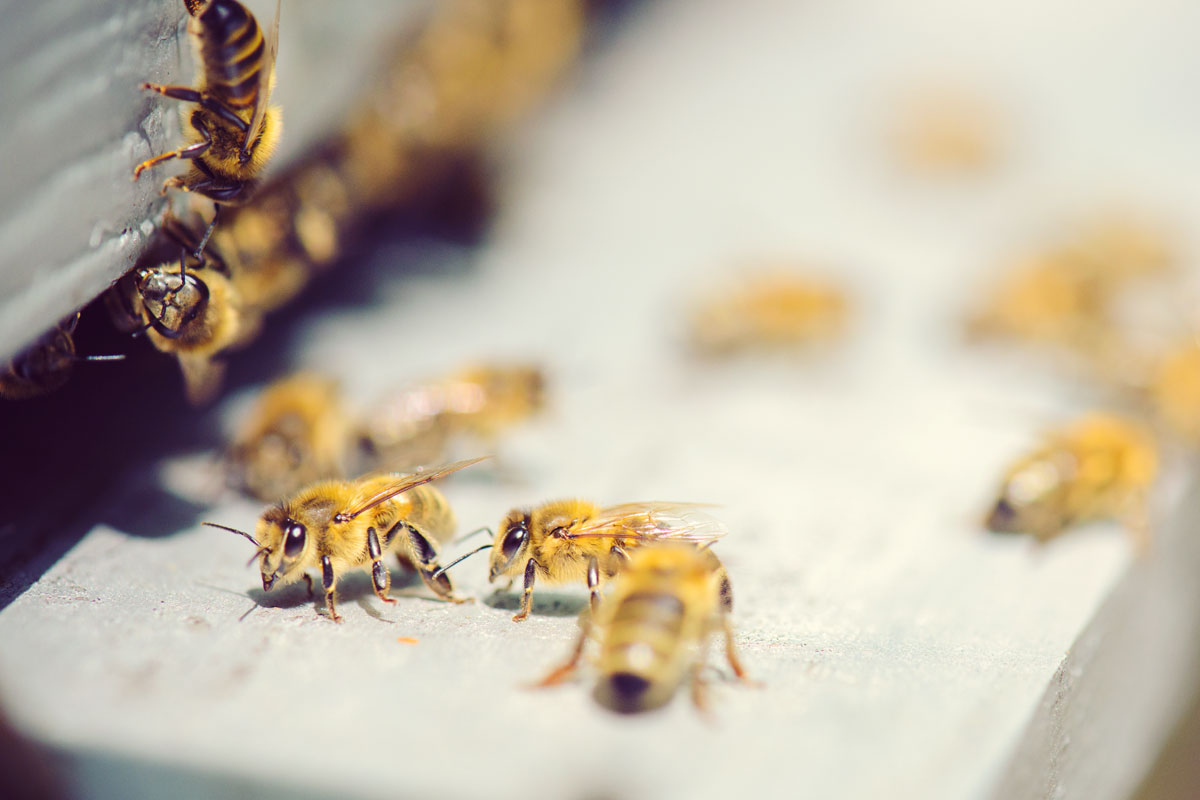