In our fifth instalment of Women of Gin, we meet Helen Stewart, farmer, forager, distiller and founder at Badvo Distillery, Pitlochry. Helen tells us about the support, and obstacles, in her journey to set up the distillery on the family farm. She openly shares her inspiration, challenges and ambition for Badvo and Scottish Gin as a category. With her signature gin selling out fast, she’s wasted no time in creating a postcard gin series and experimenting with some new gin recipes, including a sloe gin.

When did you realise you wanted to be a distiller?

I started working at a distillery when I was 18 around my studies and just found the whole process fascinating. My parents told me my family used to distil on the farm and I got really drawn into the old stories of farm cooperatives and illicit distilling in the hills where we live. I was intrigued that Scottish Spirits is synonymous with Scotch Whisky when all of these old stories were more like raw spirit flavoured with whatever they had at hand. To be honest, it was that kind of distilling, that seemed so dynamic and creative that attracted me. I couldn’t stop reading about it so I actually ended up doing my dissertation on ‘The Linguistic Legacy Illicit Distilling left in whisky and gin’. It was at that point I realised that my ambition to be a distiller was taking over. 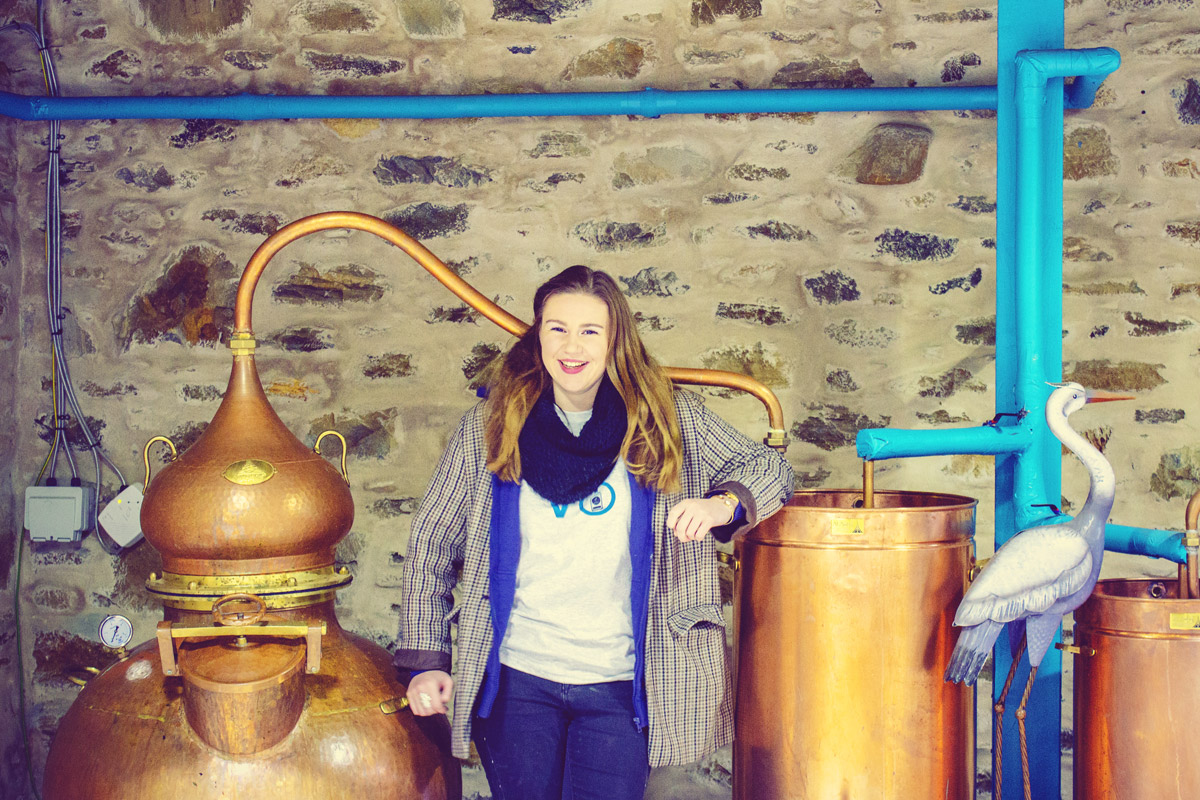 I got into distillation from a very botanical viewpoint. I knew I wanted the distillation methods to be traditional, I got stills as close to the stills that were on the farm pre-1825, so I was more concerned with the botanicals. I foraged all of the botanicals that I had a consistent supply of on the farm and analysed them all individually, keeping diaries of how they break down in alcohol. After this, I wrote a theory on what I thought would go together and trialled it sixteen times before I got exactly what I was after. I was very interested in the treatment of the botanicals and I read a traditional farmer’s distilling manual to point me in the right direction.

Somehow a career in distillation and brewing is often portrayed as a boy’s game. I often get a shocked face when I tell people what my job is, but the fact is I’m not massively unusual, there are women in the spirits industry doing great things. We need to find ways to make women in the industry more visible. I was extremely lucky because when I started to show an interest in distilling one of my distillery colleagues took me to an all women whisky tasting event and it inspired me. Right from the start, I knew strong women who were really making their mark in the industry and it helped me feel like my plans for a distillery weren’t as outrageous as I thought. One of the ladies, Rosemary Moon (a renowned food and drink writer) told me at 18 that I had what it takes to open Badvo by myself and every time I see her I am filled with this feeling of support. The best thing to welcome women into a career in spirits is to create an open and visible community excited to receive them. 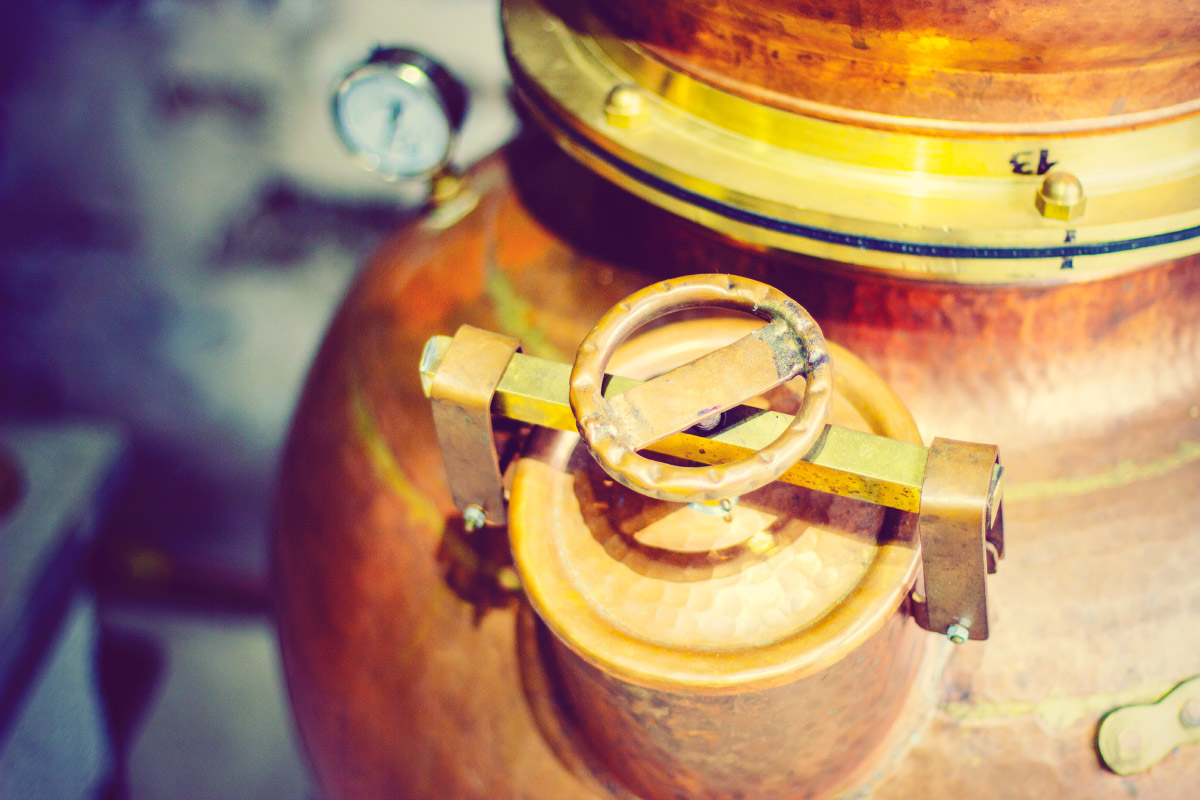 I really wish it wasn’t the case but my main issue has been with people taking issue with my age and gender. I struggled to get builders to take me seriously as I was trying to renovate the buildings. One builder hiked the price up overnight because he said he heard I had lots of grant money because girls get grant money. I pointed out that although the distillery was grant funded, none of my awards were gender specific but he insisted that this couldn’t be the case. He went on a little rant about how he could be an entrepreneur if women didn’t get all the grants these days. I spent months finding a new builder. I’m amazed at how blatant some people can be. At a whisky festival, a group of men once told me that although I’m good at what I do, I could never compete on a level playing field as I’m a girl and that’s such a gimmick and a novelty. I just find it so crazy that some grown men went out of their way to put me down. I got down about it for some time but my University tutor took me aside and told me I had to embrace who I was, she told me to have the confidence of a middle-aged white man. That’s really how I got over it, instead of shying away I would confront those who disputed me by saying ‘I don’t speak to people the way you speak to me’. 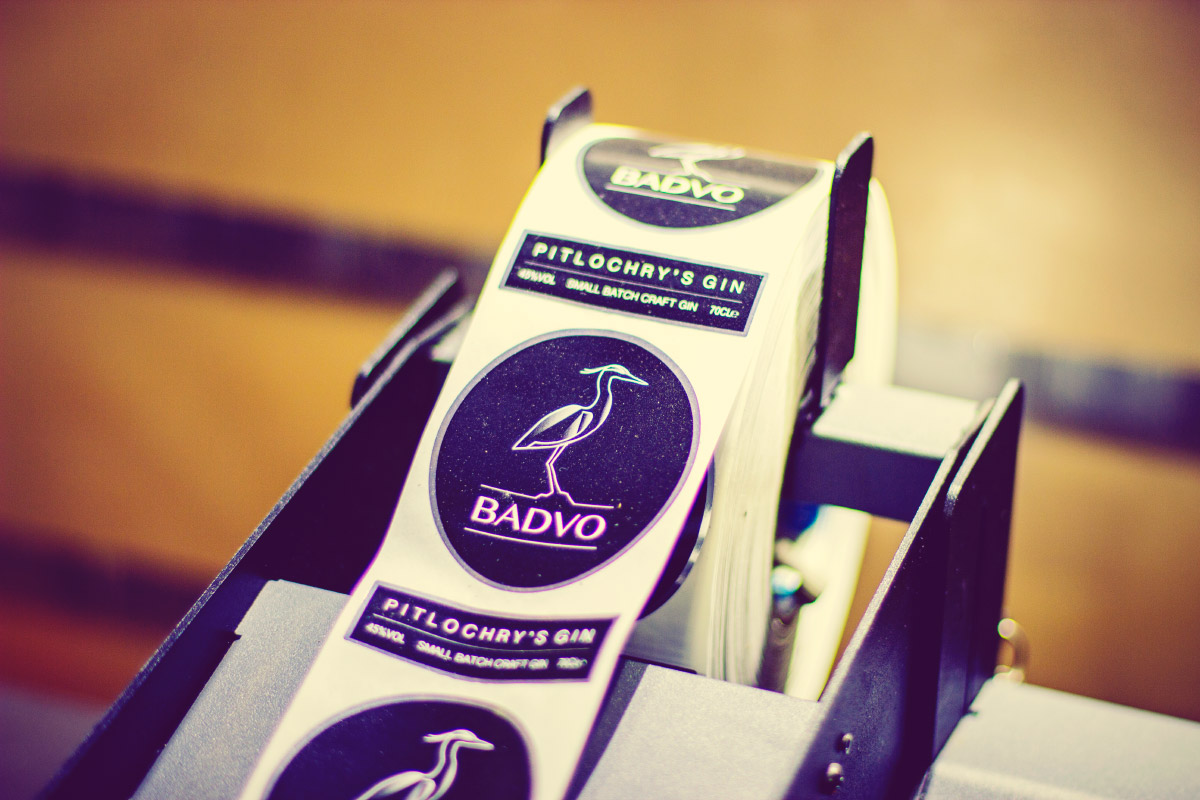 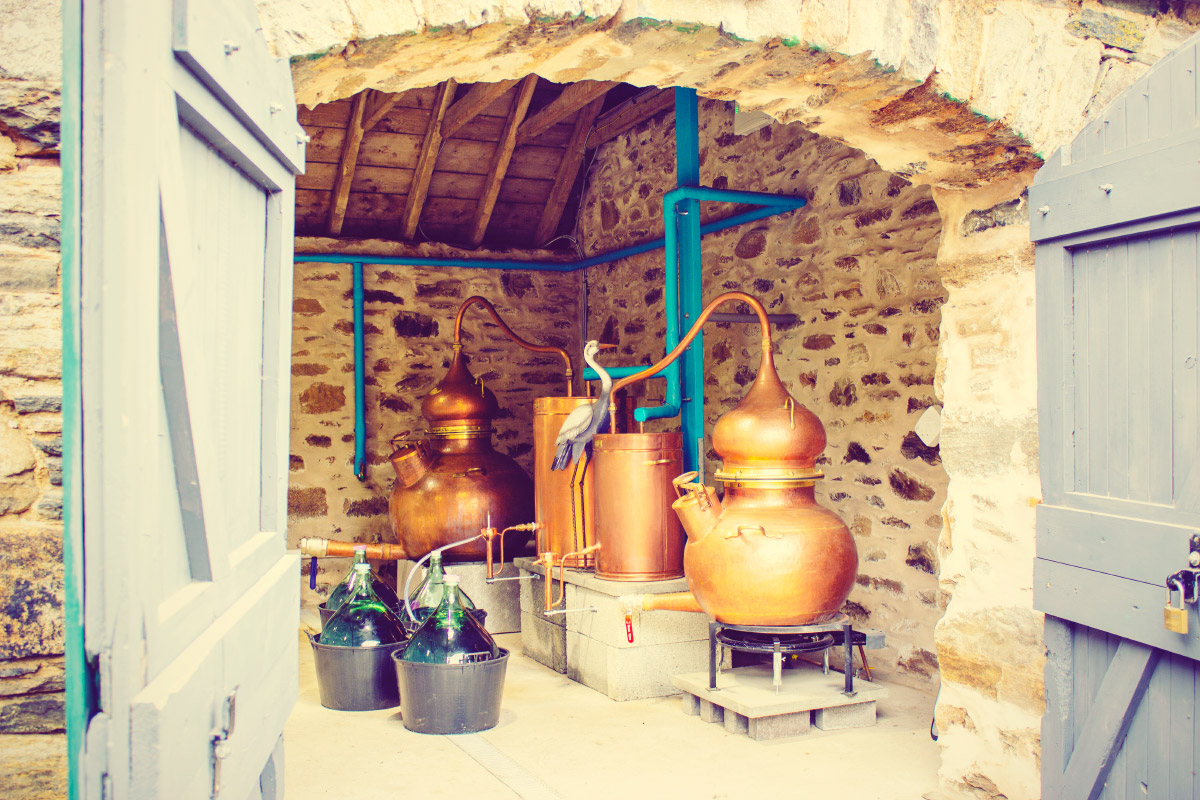 I would say don’t get bogged down in the technicalities, the science, the legalities. Focus on what tastes good, what smells good, what you love about the industry and the rest will come to you.

Scottish gin means gin that is made, i.e. distilled, in Scotland.

Scottish Gin must be defined legally. I’m of the opinion that people should know what they’re drinking and where it’s made. If it is not made in Scotland then legally I don’t feel like it should be sold as Scottish Gin. I put up an article on the distillery Facebook page asking my followers what they thought about this issue and everybody seemed outraged that this was going on – all assuming that Scottish Gin meant made in Scotland. It is the lack of transparency that concerns me. 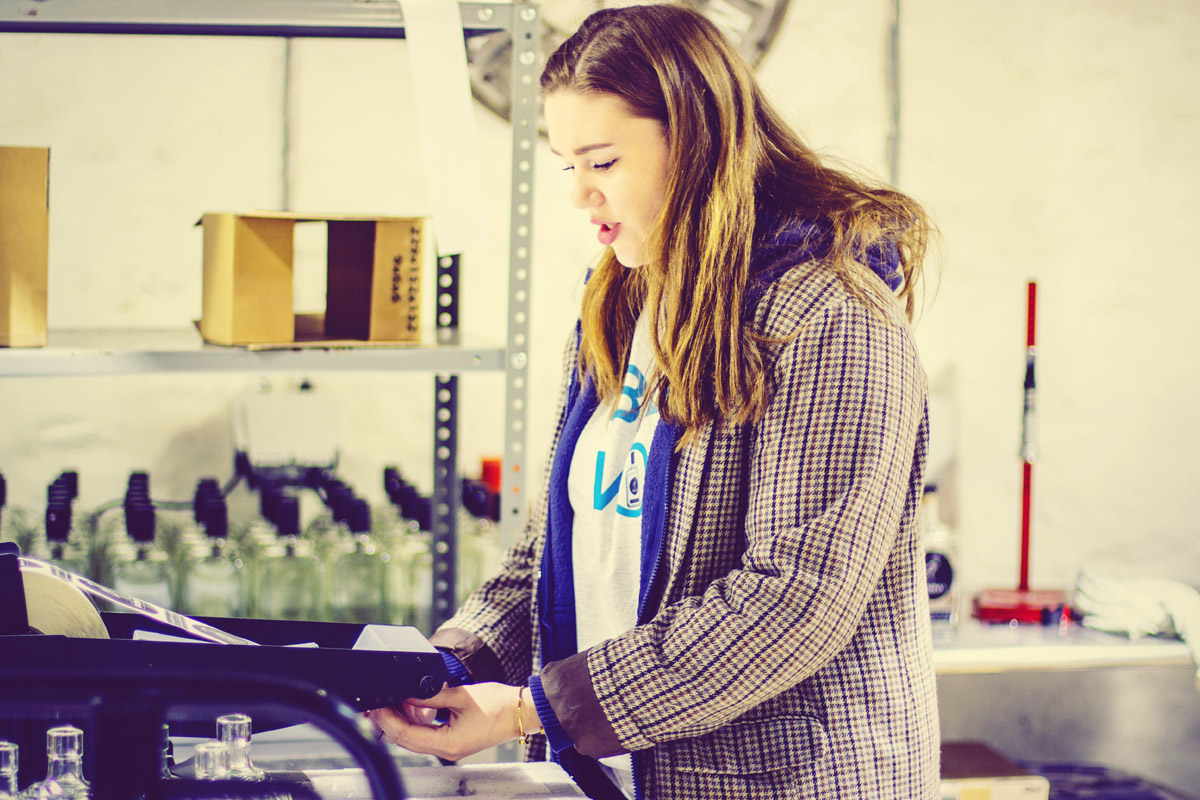 I like Harris and Bruichladdich for The Botanist. They combine high quality spirit with amazing branding. It may seem like an obvious answer but I think they hit the nail on the head.

Where do you see Badvo Distillery and Scottish Gin in 10 years time?

I have big plans for expansion as I’m only using a third of my available space at the moment. I hope in ten years these plans will be fully realised and I’ll have my Willy Wonka and the Chocolate Factory dream.

Scottish Gin in 10 years time will be more regulated and I hope more transparent. Akin to Scotch Whisky, Scottish Gin should be a cultural craft we all can be proud of. You can learn more about Badvo Distillery by visiting the links below. 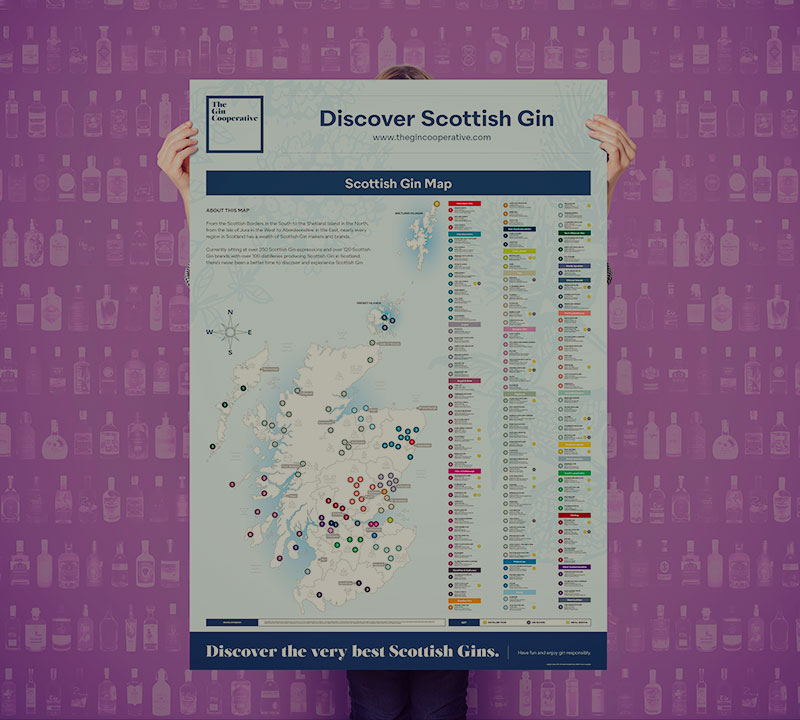 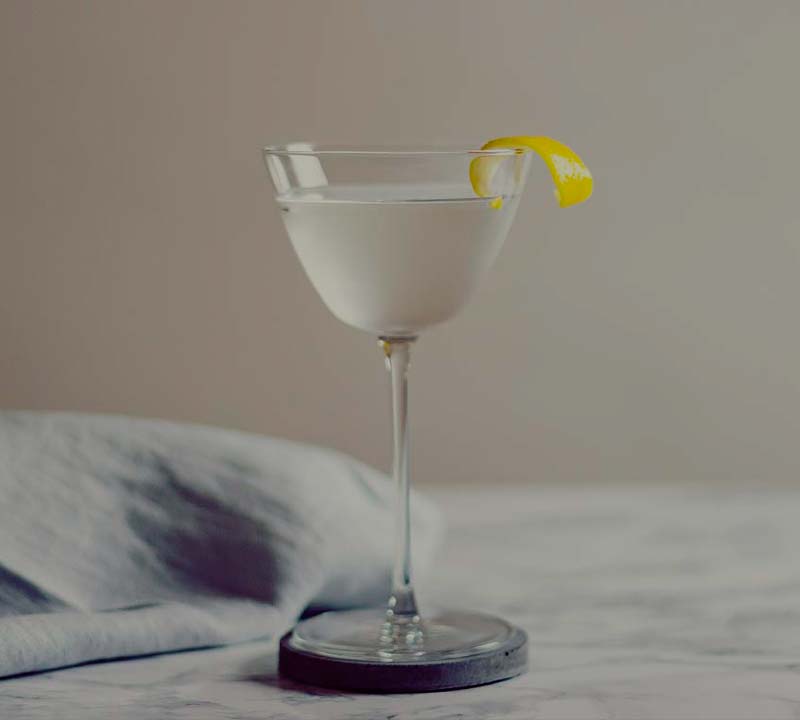