Our G is for Gin (and Good) editorial feature series looks at the Scottish Gin makers and brands who use their Scottish Gin for Good. Whether that be through supporting charity, sustainable practice, donating a portion of profits to good causes or helping the local community.

In our third G is for Gin (and Good) we talked to the team at GlenWyvis Distillery, the world’s first community-owned distillery. The support received from close to 4,000 individuals from some 36 countries around the world makes for an incredibly unique story and it’s allowed the team to invest substantially in the land, distillery, spirits and future of the brand and the community.

Tell us about GlenWyvis Distillery.

GlenWyvis Distillery opened in late 2017 bringing distilling back to the town of Dingwall for the first time in over 90 years. The GlenWyvis team is now producing single malt whisky and GoodWill Scottish craft gin in the world’s first 100% community-owned, fully sustainable distillery. 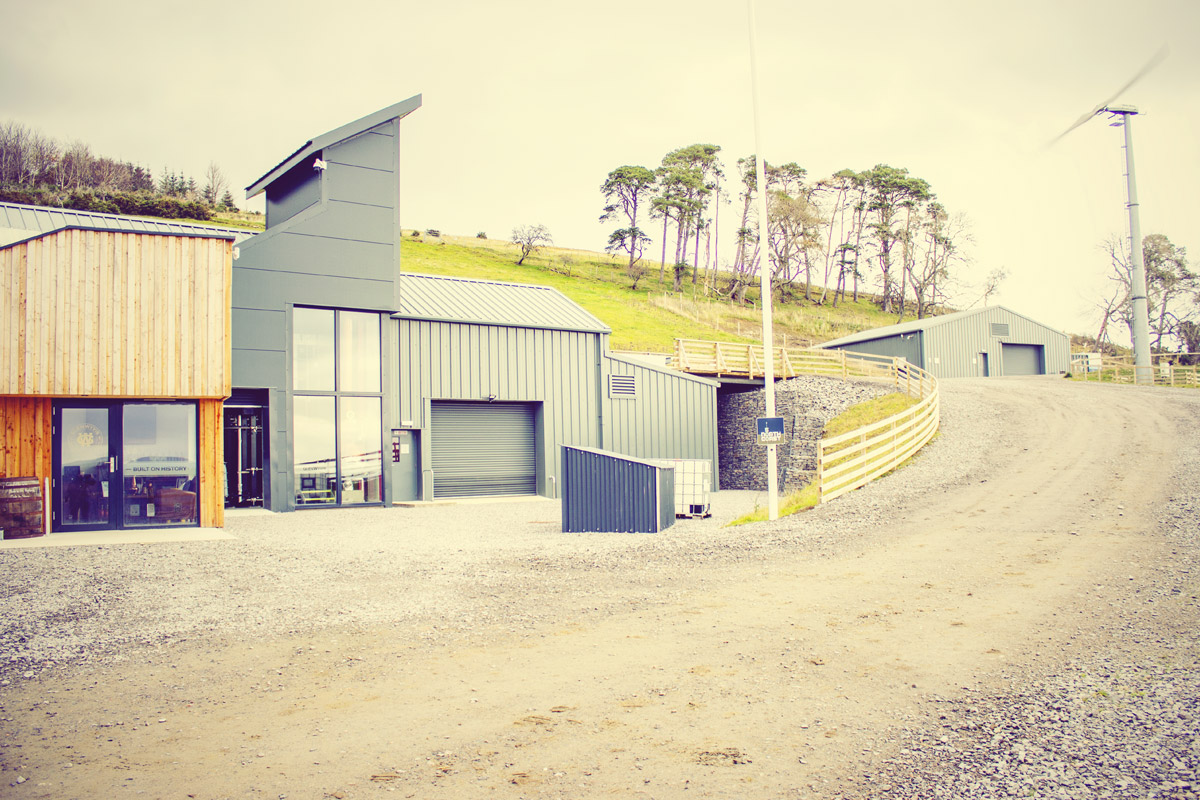 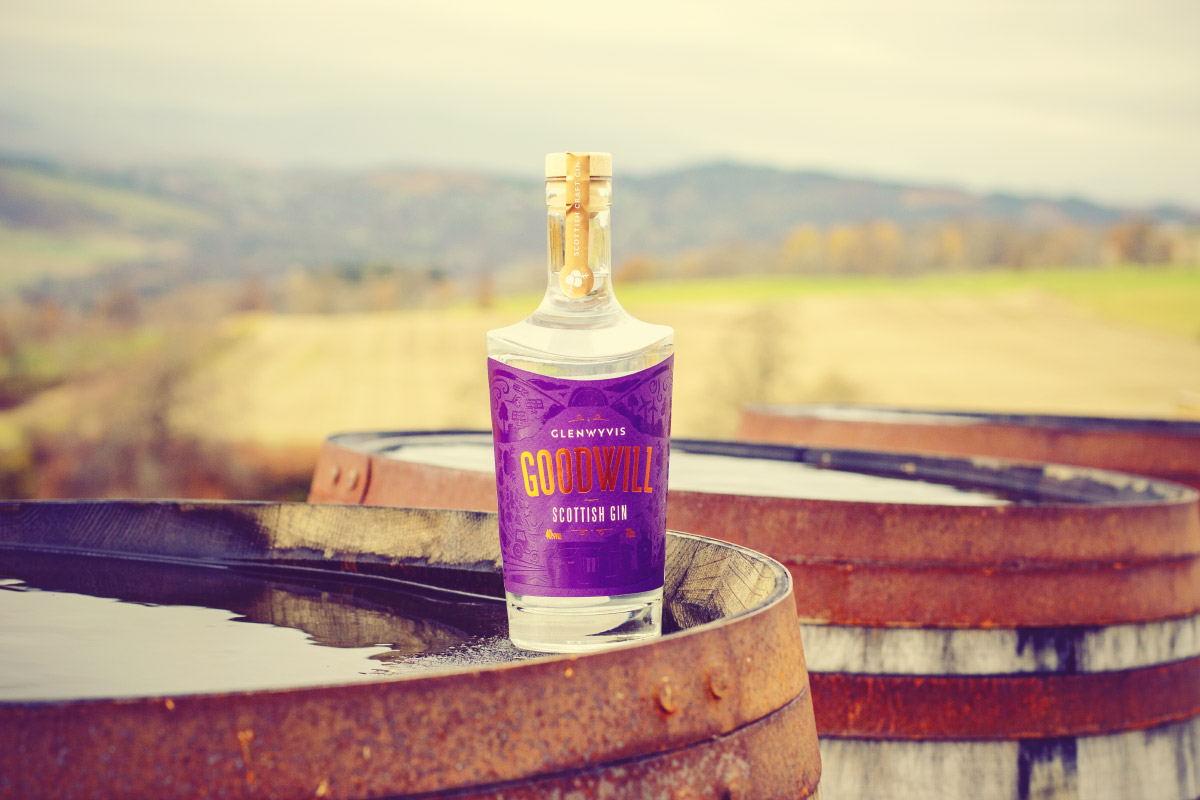 How did GlenWyvis come to be?

GlenWyvis Distillery was the brainchild of founder and managing director, John F Mckenzie, who was joined by a small number of like-minded local people in 2015.

In April 2016, we launched a share offer to raise £1.5 million to build the world’s first community-owned distillery. The original target was quickly surpassed with the final total for the share offer reaching a remarkable £2.5 million, with 2,441 supporters from more than 30 countries worldwide.

And yet, still more people wanted to invest! So in August 2017, we launched a second open share offer, with the aim of raising a further £750,000. We have now passed that – and are going for a stretch target of £1 million. To date, we have close to 4,000 investors from 36 countries around the world.

What is unique about GlenWyvis?

GlenWyvis is both a Community Benefit Society and a co-operative, which means that when you buy shares in GlenWyvis, you become a part-owner. Also as a community benefit society, we are committed to investing a share of all GlenWyvis’ future profits back into community projects both locally and further afield. 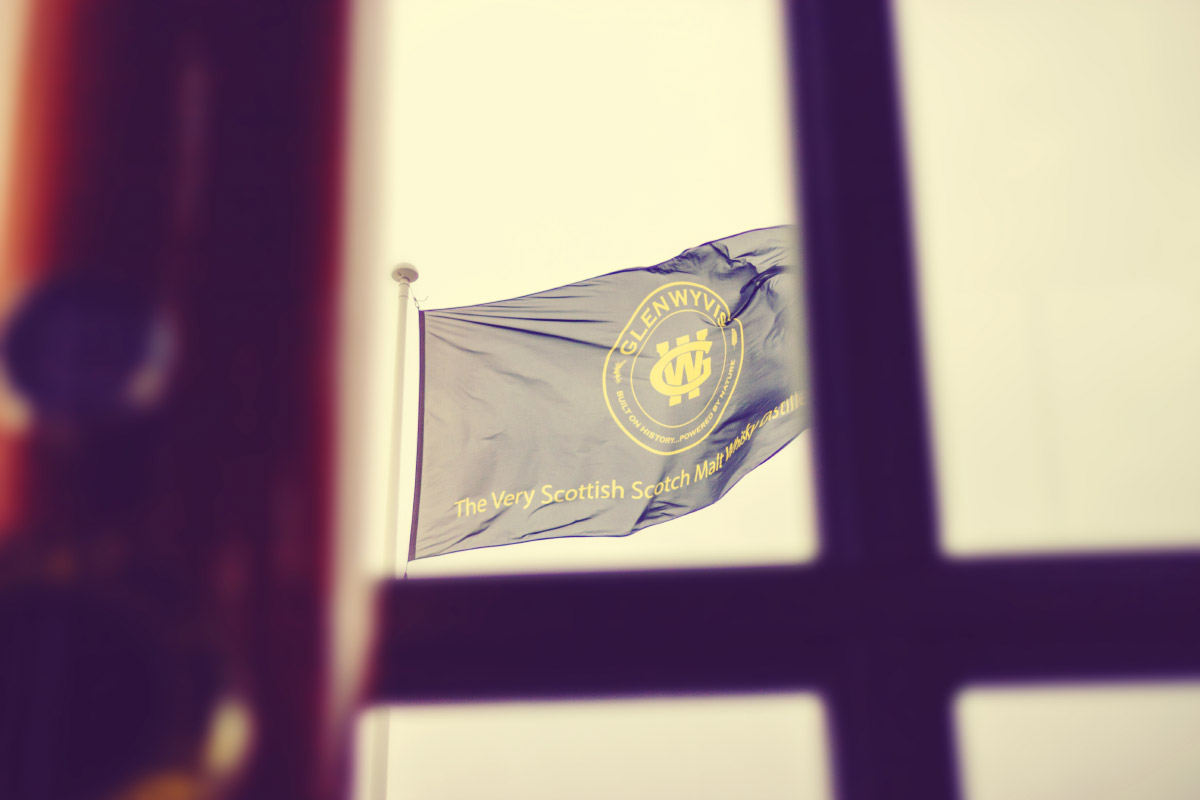 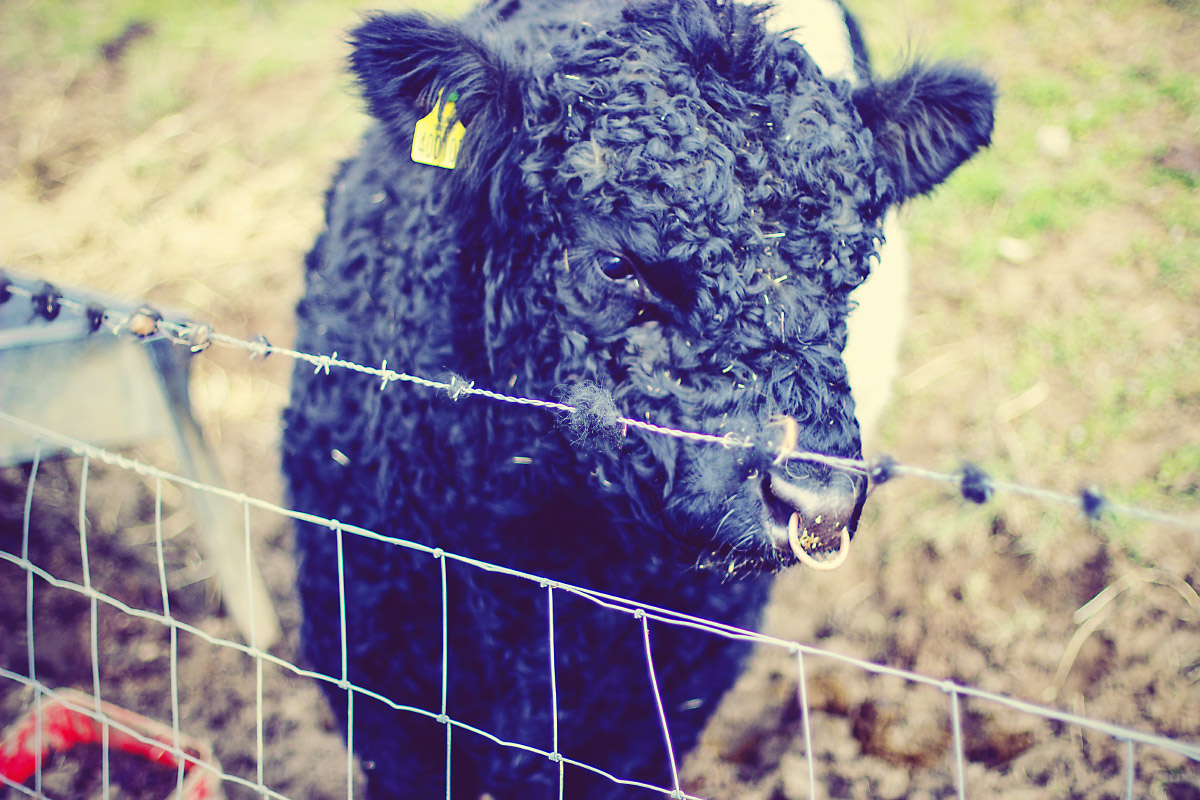 In addition to its community-led ethos, GlenWyvis is also a champion of green energy – and endeavours to be 100% powered by renewables. The distillery has its own wind turbine, hydro scheme, solar panels, and a biomass boiler that provides the steam to heat the whisky stills and gin still.

Tell us how your distillery does ‘Good’?

Once the distillery is generating surplus profit, we will invest that money back into worthy community projects, both locally and further afield. Unlike almost every other distillery in Scotland, our profits will not go into big corporate pockets, but into causes that need it most. It’s a unique proposition, and one that we’re proud of.

We also want to be an exemplar for sustainable business – not just in distilling but beyond. We are building for the future – so all our energy needs are met by renewable technologies, and our waste products are put to good use. 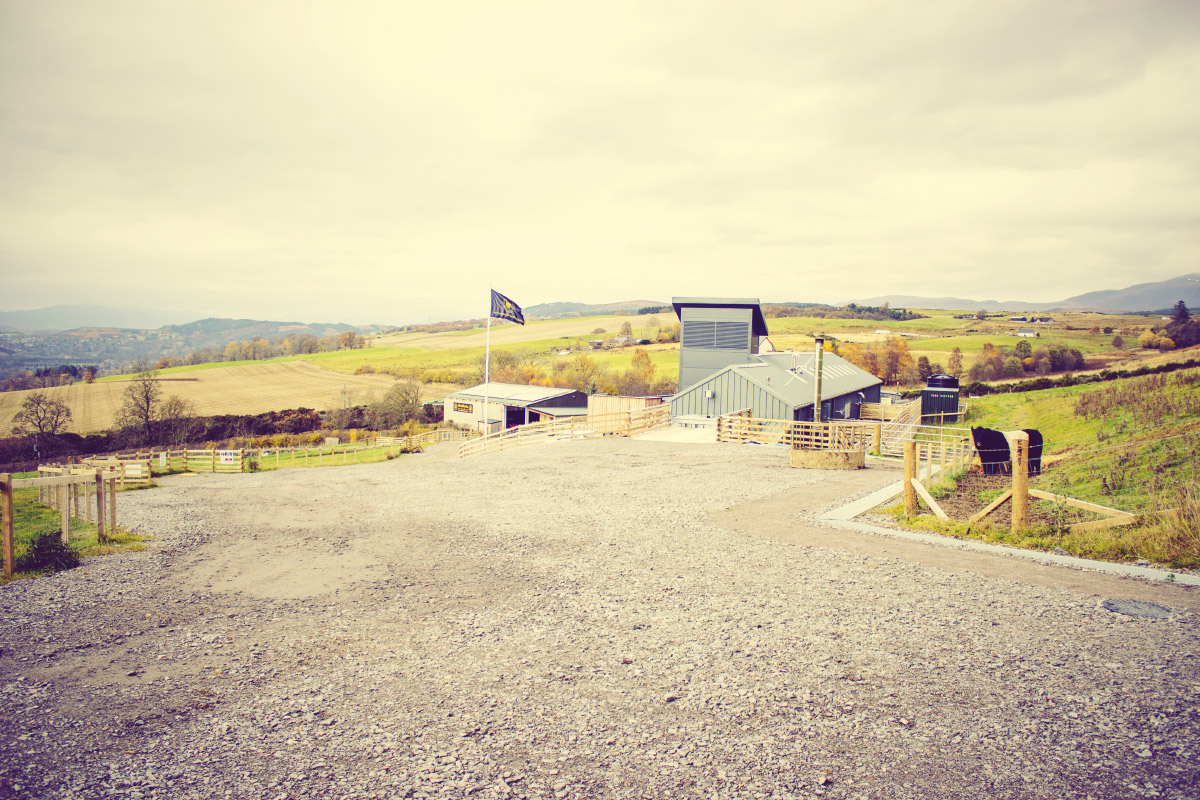 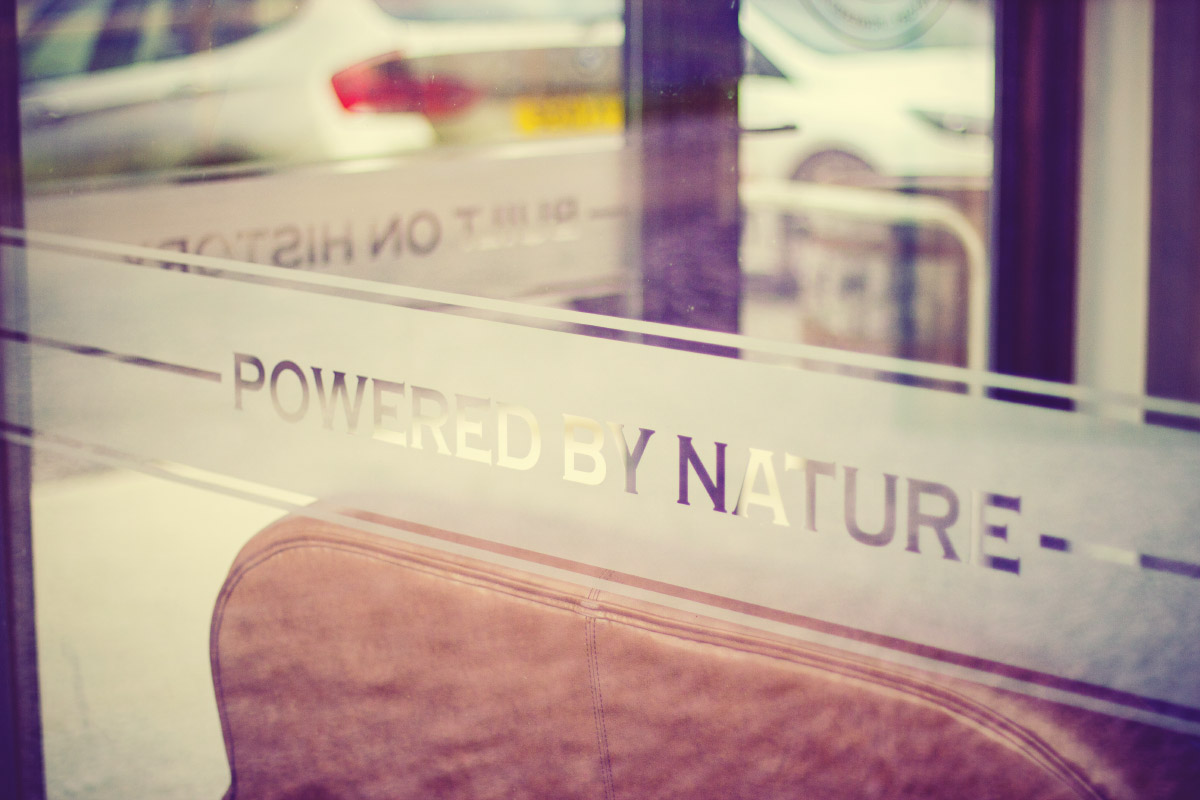 Why was it important to build a sustainable distillery?

The distillery sits on farmland owned by John Mckenzie, the founder and managing director of GlenWyvis. The land has been leased to the distillery for 175 years for a fee of £1. The farm had previously invested heavily in renewable energy technologies – and it was important to the founding members that the distillery shared this vision from a whole combination of ethical, environmental and commercial reasons.

Today, the distillery’s entire production process is based on a commitment to genuine sustainability. Our renewables portfolio comprises of:

Solar: We have three different solar PV panel sections, two on the roof of the cattle shed and one on the ground, which together produce 40kW. In addition, on the roof of the current GlenWyvis office and bottling plant, we have a 3kW solar thermal system.

Hydro: A 12kW hydro dam sits at the confluence of Tulloch Spring and the Dochcarty Burn, which is fed by the River Skiach. The hydro dam was installed on the farm in 2010 and today the distillery benefits from the energy generated. We also have our own on-site water borehole. 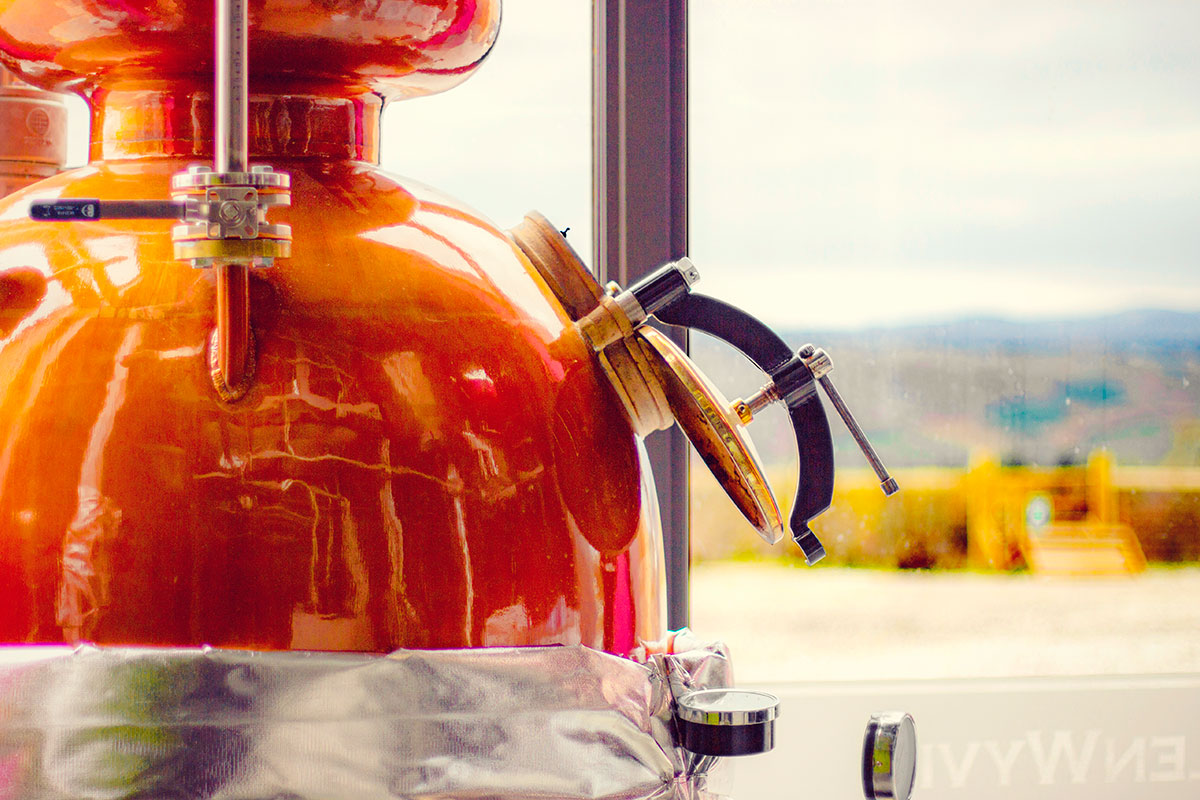 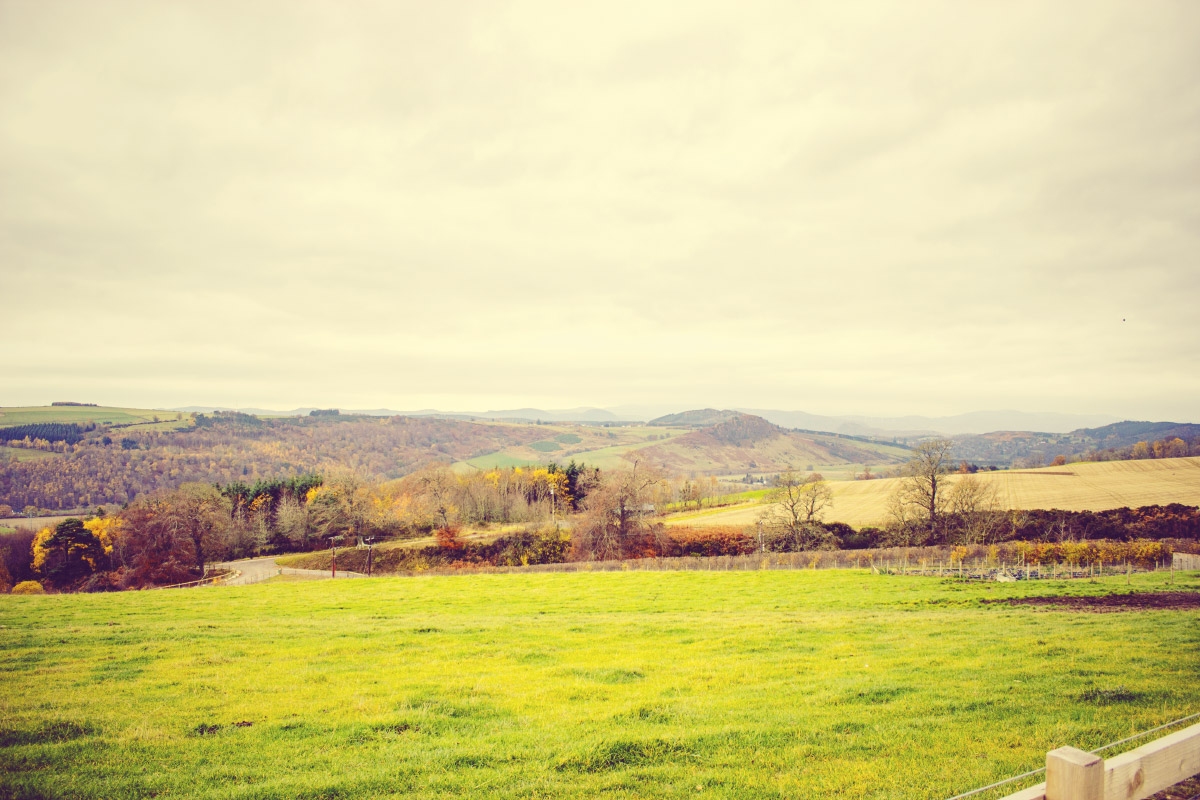 Wind: An 11kW two-blade wind turbine sits on farmland just outside the distillery’s bonded warehouse. The electricity generated goes straight to the distillery.

Biomass: The steam to heat the whisky and gin stills is provided by the distillery’s own 550kW biomass boiler, which is powered by woodchip. We also utilise a 30kW log biomass boiler in the farm building, which is linked to the solar thermal system. Front facing solar gain means that this boiler is not used between April and October. Hot water comes from solar thermal and the farm’s borehole.

Other noteworthy sustainable aspects of the project include:

The grain for the whisky is bought from a local co-operative, as is the woodchip for the biomass boiler.

The draff, which is the spent grain post-fermentation, is processed and then fed to the farm’s herd of cows.

The GlenWyvis company car is a hybrid EREV (extended range electric vehicle). We charge it on site, using our own electricity. 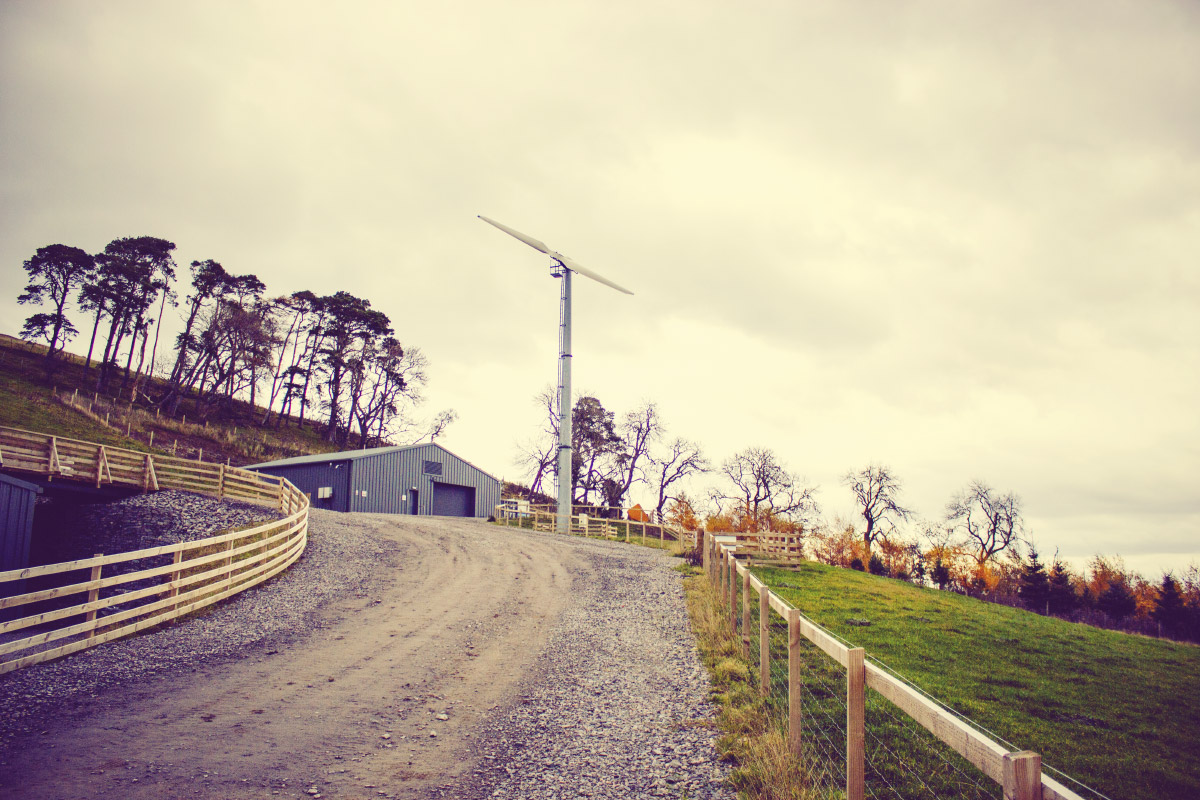 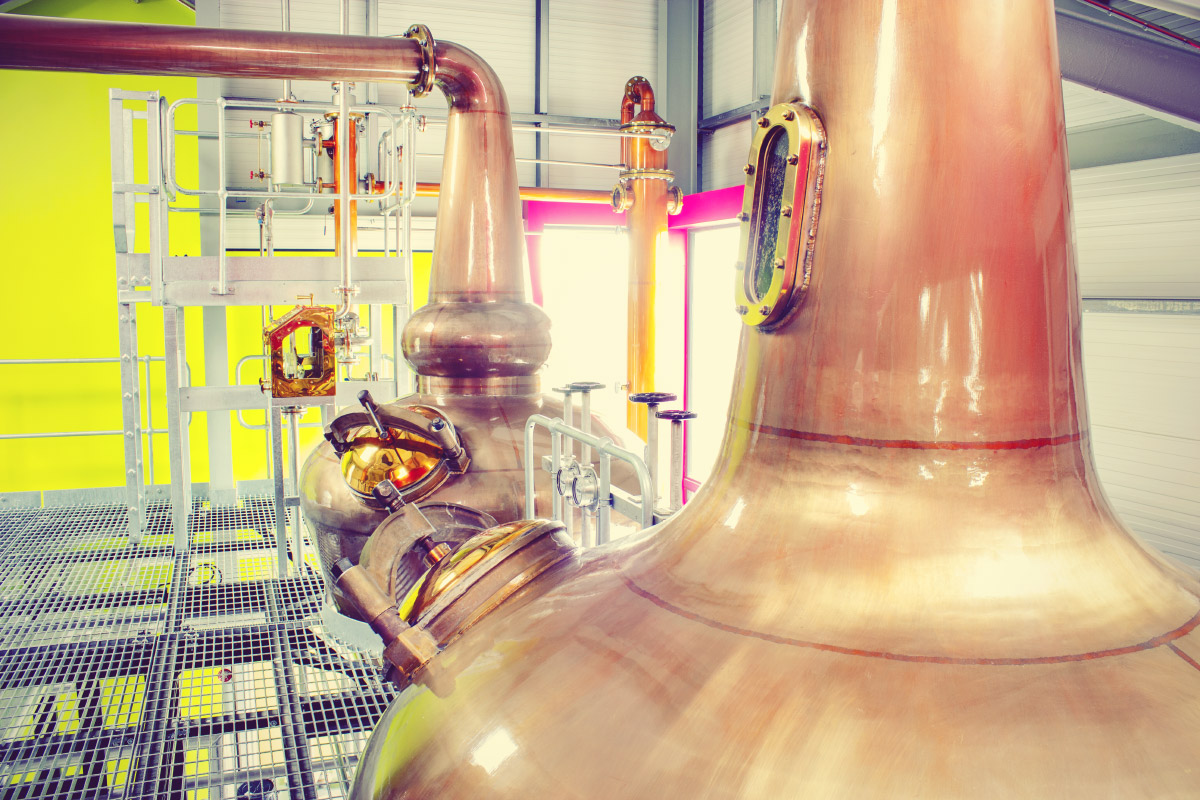 What’s the biggest highlight of the GlenWyvis adventure so far?

Too many to mention in less than three years, but here’s a few:

The biggest community crowd-funded project in the UK at some £3.5 million!

Going from green-field site to operational distillery in less than a year!

Launching the GlenWyvis GoodWill Gin – as our flagship product!

What has been the biggest hurdle you’ve had to overcome?

The planning restrictions placed on distillery visits and tours – when The Highland Council’s North Area Planning Committee voted in June 2018 to uphold the current restrictions due to concerns with road safety at the distillery access.

While obviously disappointing, we are now actively investigating what needs to be done to ensure that visits and tours can commence as soon as possible, while also pursuing alternative options. 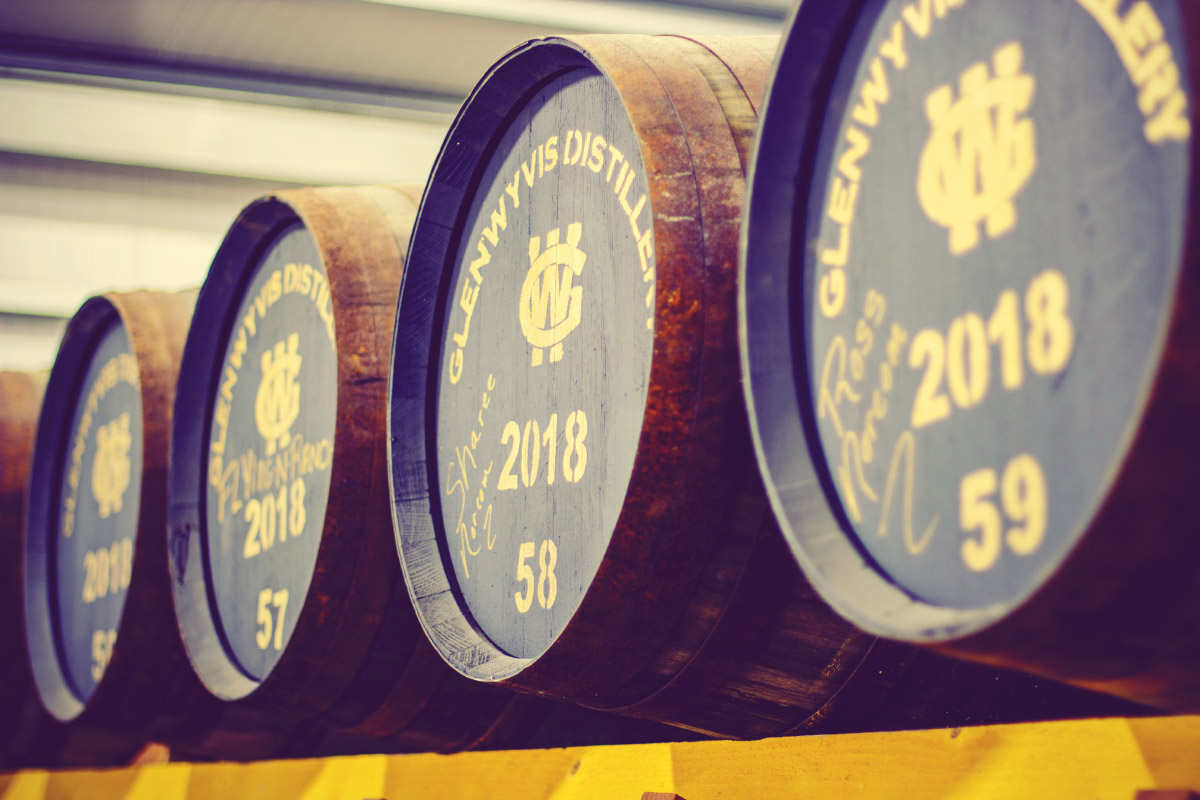 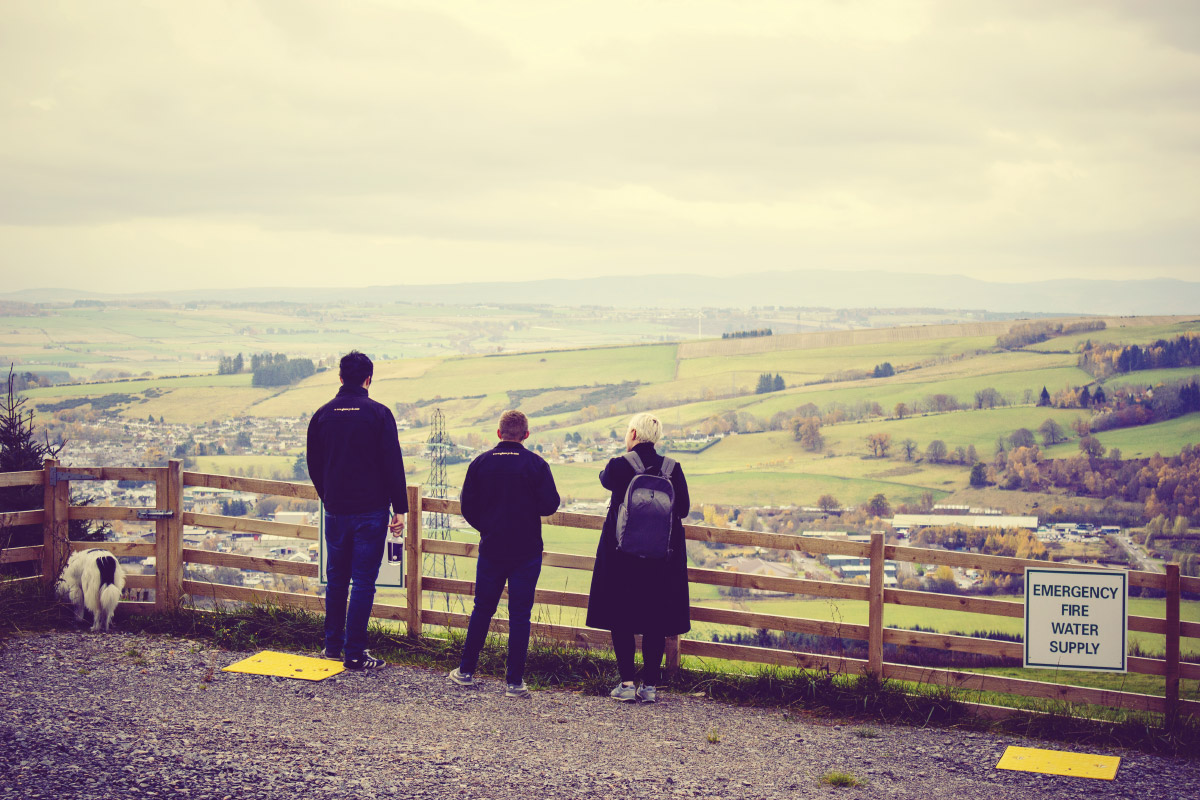 Opening in 2019, this will provide an excellent opportunity to raise the profile of the GlenWyvis, while also providing a focal point for our global community. Combining interactive and interpretative displays, as well as retail opportunities, the Loch Ness visitor centre would be a global shop window for GlenWyvis gin and whisky to tens of thousands of visitors.

What support would you like to see available for the Scottish Distillery and Drinks sector?

More support for authentic products that are genuinely distilled in their local communities and uphold the values of craft distilling.

More support for staff development would be good too. 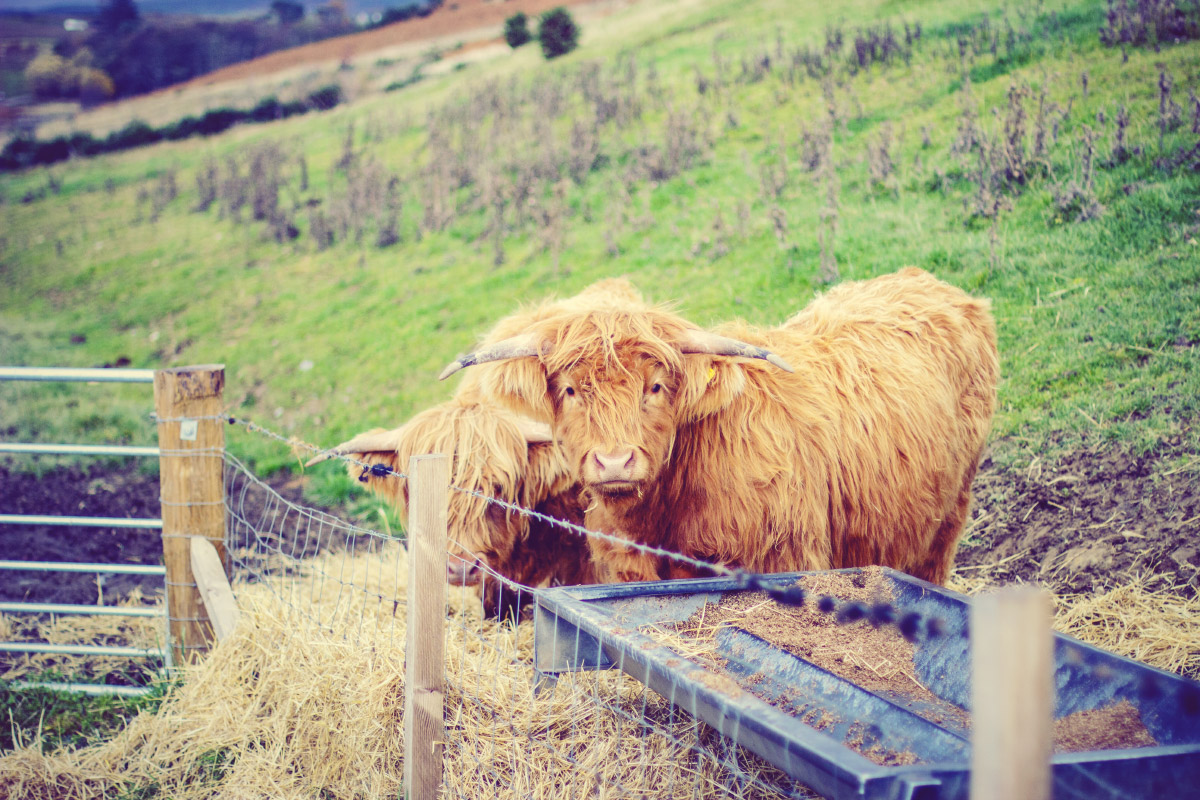 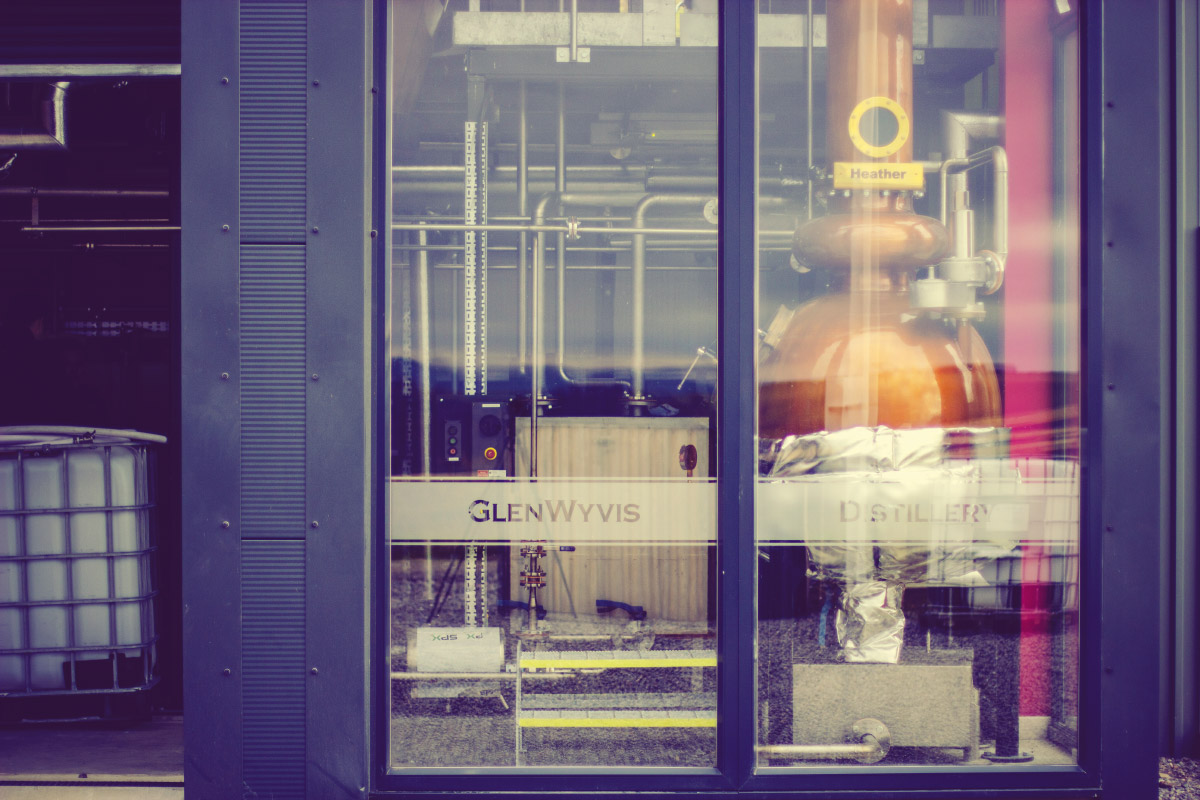 What are the long-term plans for the distillery and business?

To establish GlenWyvis GoodWill Gin as a household name in the UK – as one of the leading wave of authentic Scottish craft gins. And, of course, to mature and launch a successful GlenWyvis whisky that will underpin our community benefit ambitions for decades to come.

GlenWyvis GoodWill Gin has a crisp, full-bodied taste with distinct hints of orange and lemon, followed by the spiced warmth of coriander and cinnamon.

For the perfect serve, pour a generous amount of gin over just enough ice to chill, and add curl of orange peel and a sprig of bruised coriander. The orange peel enhances the gin’s sweet and fresh citrus notes, and complements its beautifully spiced undertones. The coriander elevates the herbal and floral notes of the gin; simply use it to balance the citrus flavour to your own individual taste. Add a good-quality tonic water if desired.

You can learn more about GlenWyvis here. 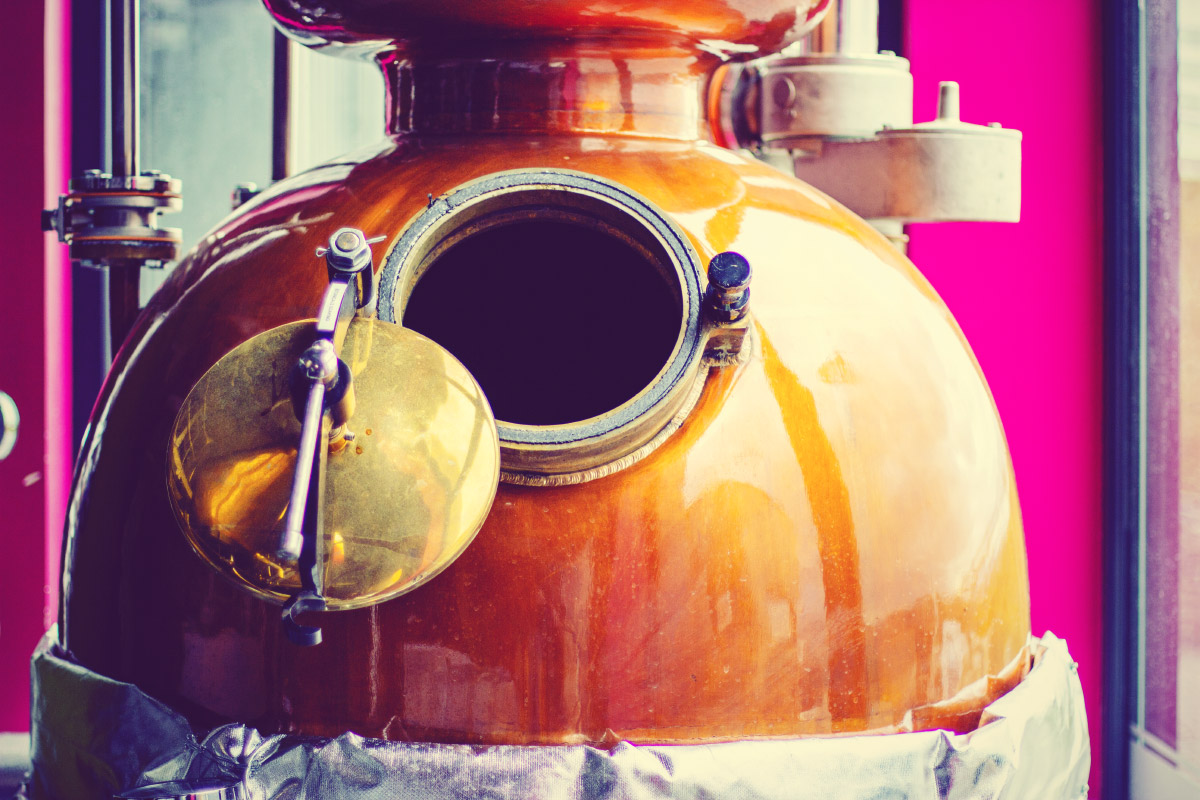 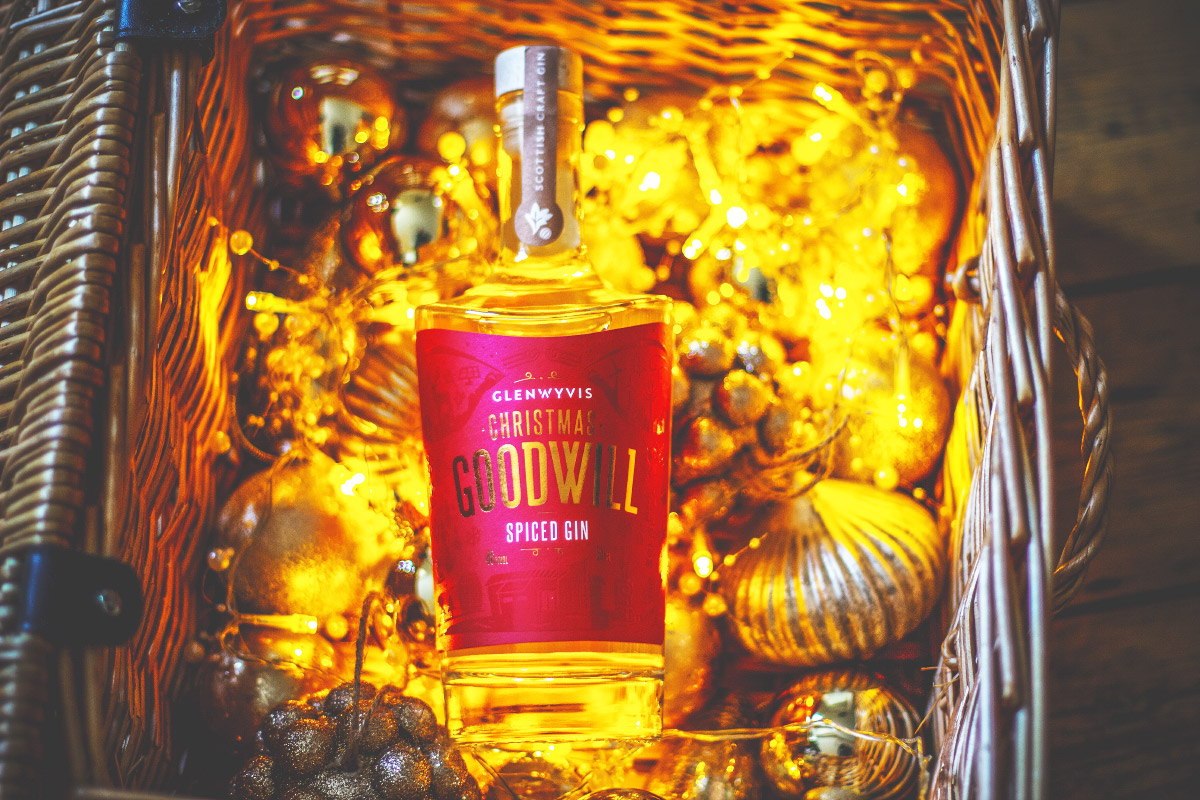 You can learn more about GlenWyvis by visiting the links below. 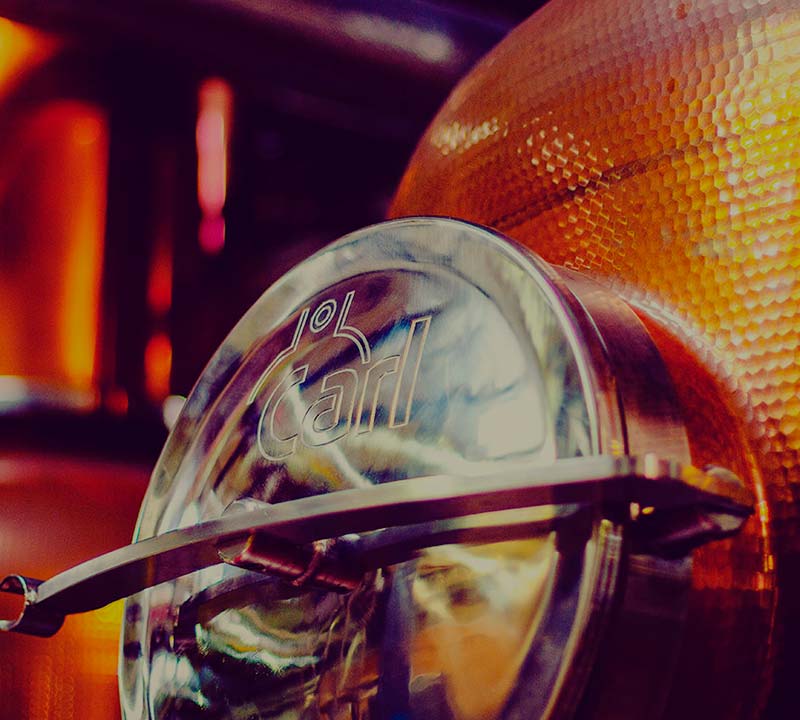