Darnley’s Gin began as a Wemyss family adventure, a brother and sister with a background in whisky and wine, fascinated by the endless combination of botanicals you could use in gin making and the impact this could have on flavour.

They have since moved production to Scotland and more specifically to Kingsbarns Fife and the Wemyss family home and farm.

Darnley’s Gin is made in a traditional pot still using the London Dry method, which has been around for centuries. They chose to make gin this way as it pulled on the heritage and skills of their master distiller and ultimately produces a gin with uncompromising quality and flavour. 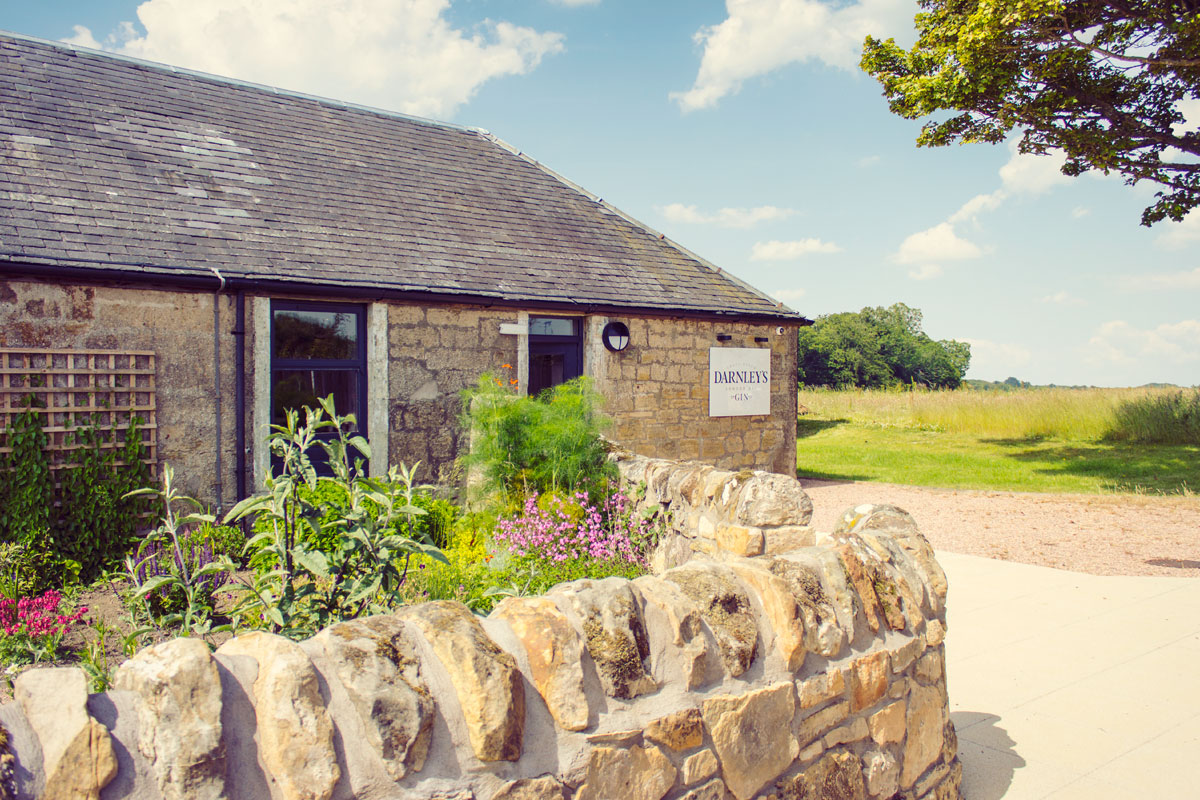 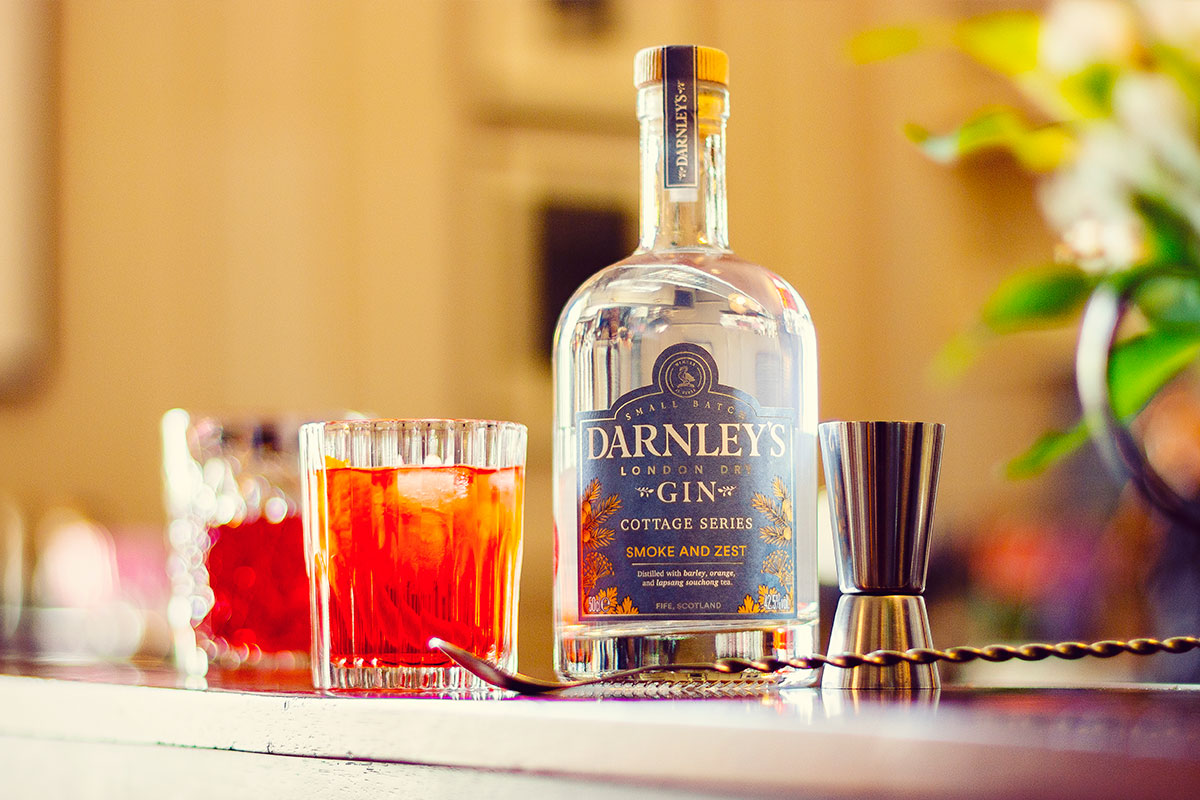 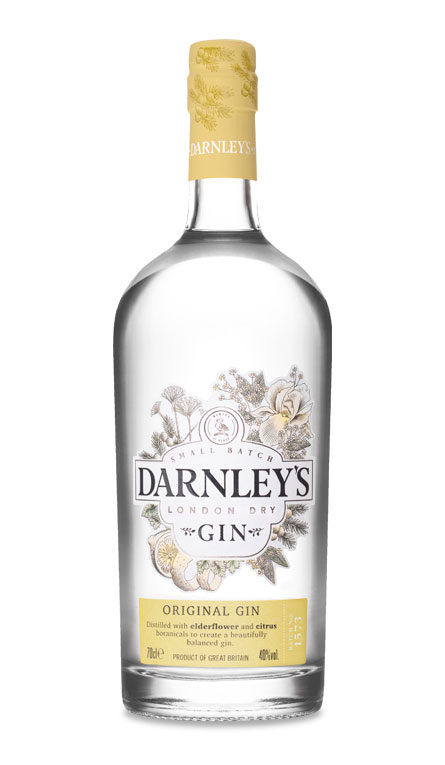 Darnley’s Original is distilled from 6 botanicals including juniper, elderflower, coriander and lemon peel. Bottled at 40% ABV, this London Dry Gin has a long and dry finish, which makes for a refreshing G&T. 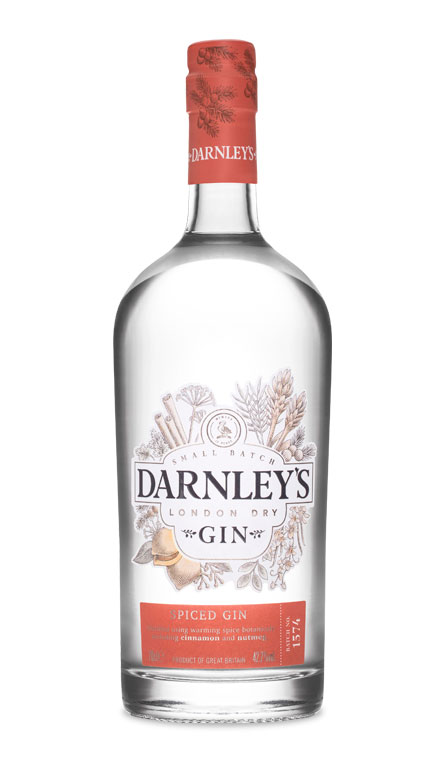 Darnley’s Spiced is distilled from 10 botanicals including juniper, cloves, grains of paradise and ginger. Bottled at 42.7% ABV, this contemporary gin has a lingering peppery finish and is best served with ginger ale as an alternative to tonic. 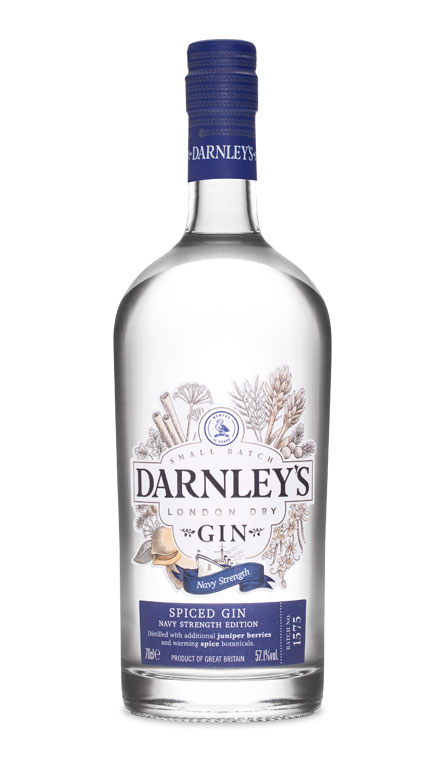 This Navy Strength (ABV 57.1%) edition of Darnley’s Spiced Gin was inspired by the illustrious Royal Navy career of the family ancestor Sir Rosslyn Wemyss who commanded ships around the world and rose to the rank of Admiral of the Fleet. His ships’ officers enjoyed a daily ration of gin that had to pass a gunpowder test to prove it was over 57% alcohol and therefore Navy Strength. It retains the warming spice flavours of the Spiced Gin but with more juniper. 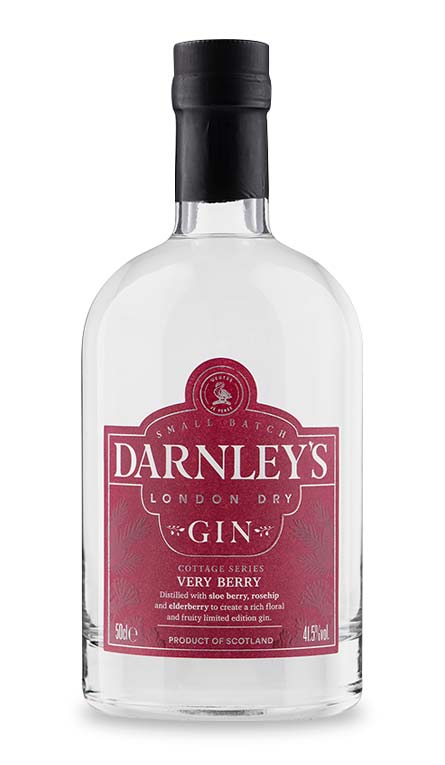 Very Berry is the inaugural release in its range of limited editions under the banner, Cottage Series. Inspiration for the recipe was taken from the countryside in which the Darnley's Gin cottage sits. On the nose, sugar kelp gives both sweet and salty notes with rosehip adding a fragrance of raspberry and hibiscus. To taste, tart and bitter up front with rich fruit from elderberry and sloes. To finish, a sweet and aromatic character over the palate balanced with a coastal mineral flavour. 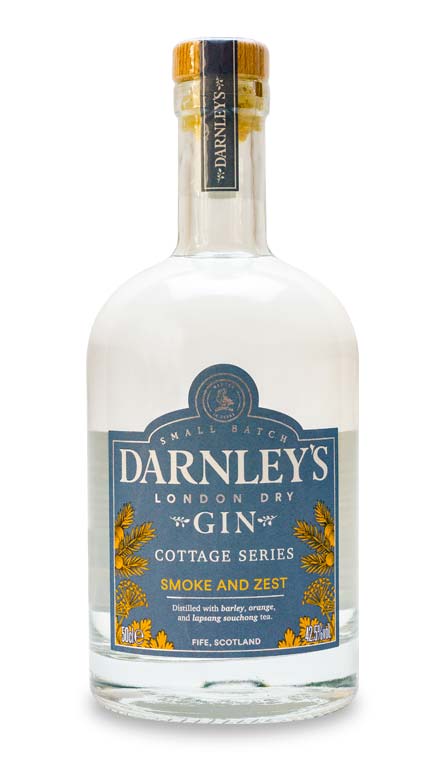 The second limited edition release as part of the Darnley’s Cottage Series, Smoke & Zest London Dry Gin is distilled using juniper, coriander, angelica root, barley, orange peel, rowan berry and lapsang souchong - a type of tea from Asia. On the nose, notes of sweet berry along with fresh fruit, citrus and a delicate smoke and pine. On the palate, citrus up front and centre stage with sweet bursts of orange and grapefruit and a rich, smooth malty depth. Subtly blended into this is a light taste of smoke. The finish delivers a fruity complexity at the start with smoke which slowly intensifies over a long finish.

Set in the picturesque East Neuk of Fife, Darnley’s Distillery is housed in a charming cottage overlooking Kingsbarns golf course and the North Sea beyond. Your tour guide will give you the story of Darnley’s Gin, how they distil their spirit and of course, lead you in a tasting.

Darnley’s Gin School now offers a ‘Distil Your Own’ Experience where you can become a gin distiller for the day. Enjoy a welcome drink then it’s into the gin school for a lesson in botanicals before distilling on a traditional mini copper pot still. Enjoy a Darnley’s Gin tour whilst sipping on the signature gin and tonic and bottling and labelling your own 70cl gin to take home. 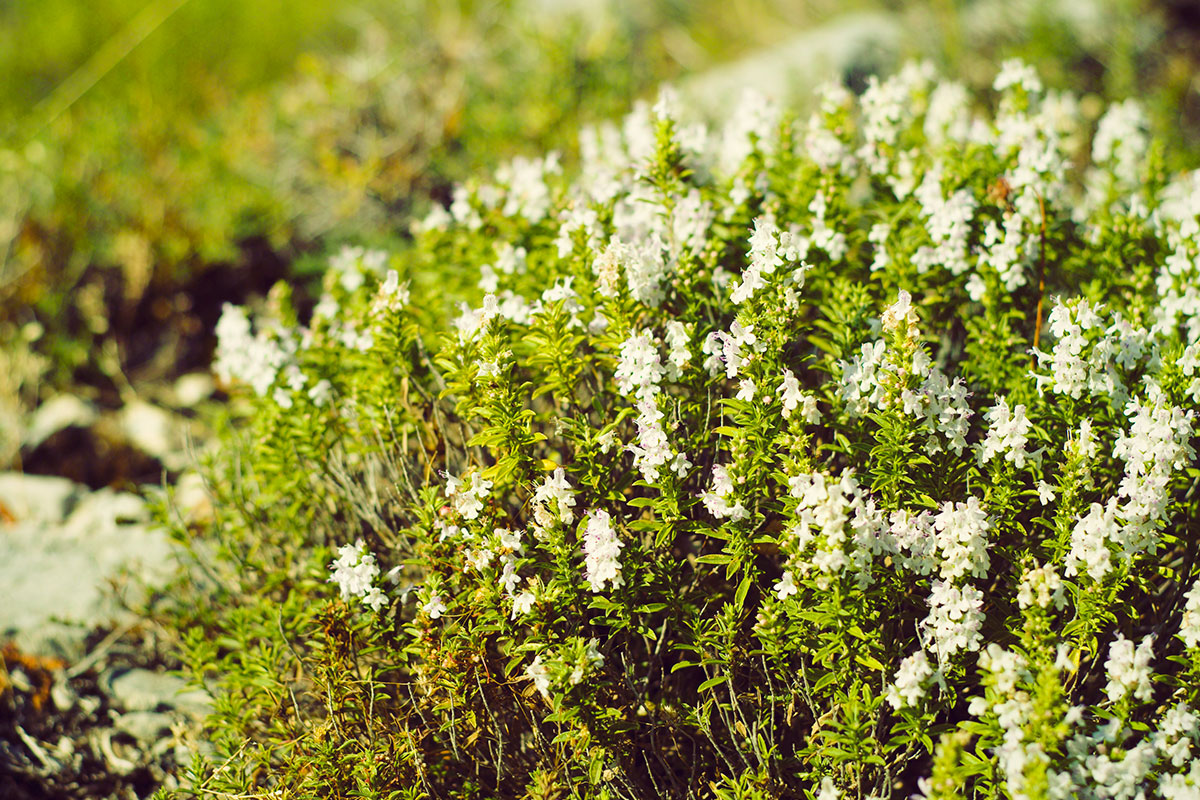 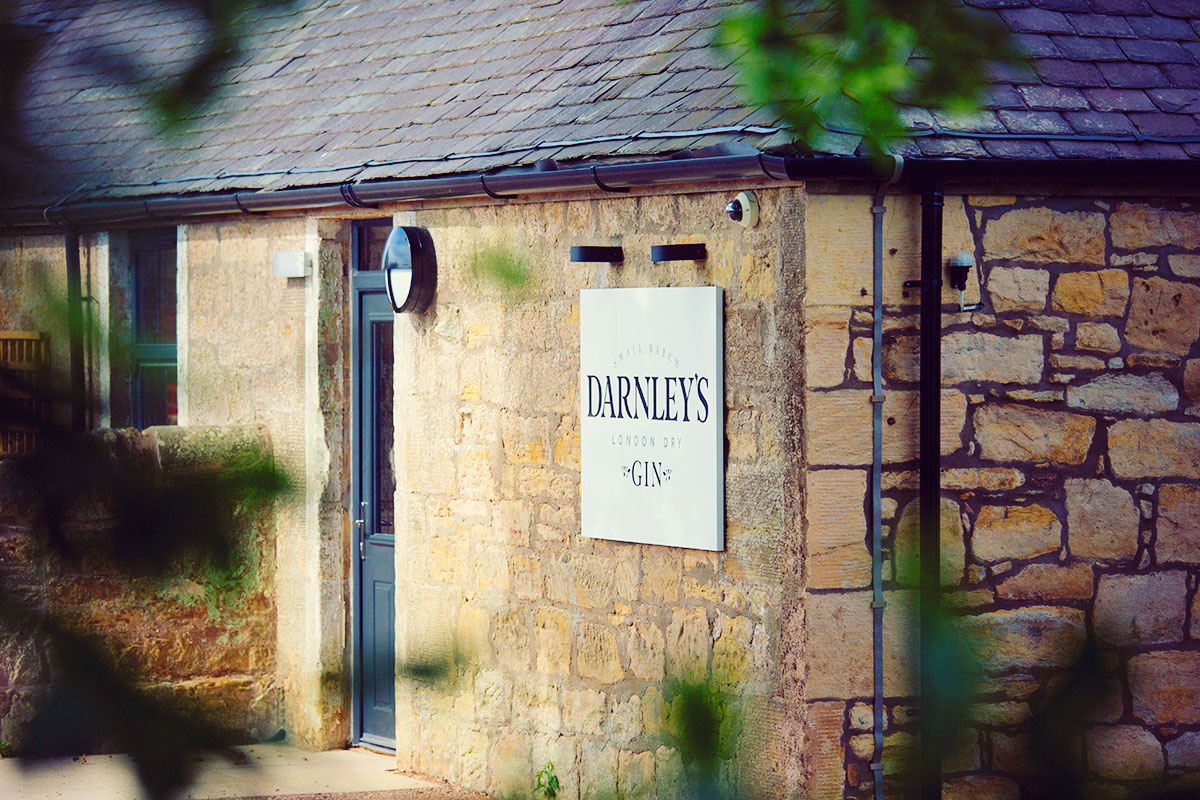 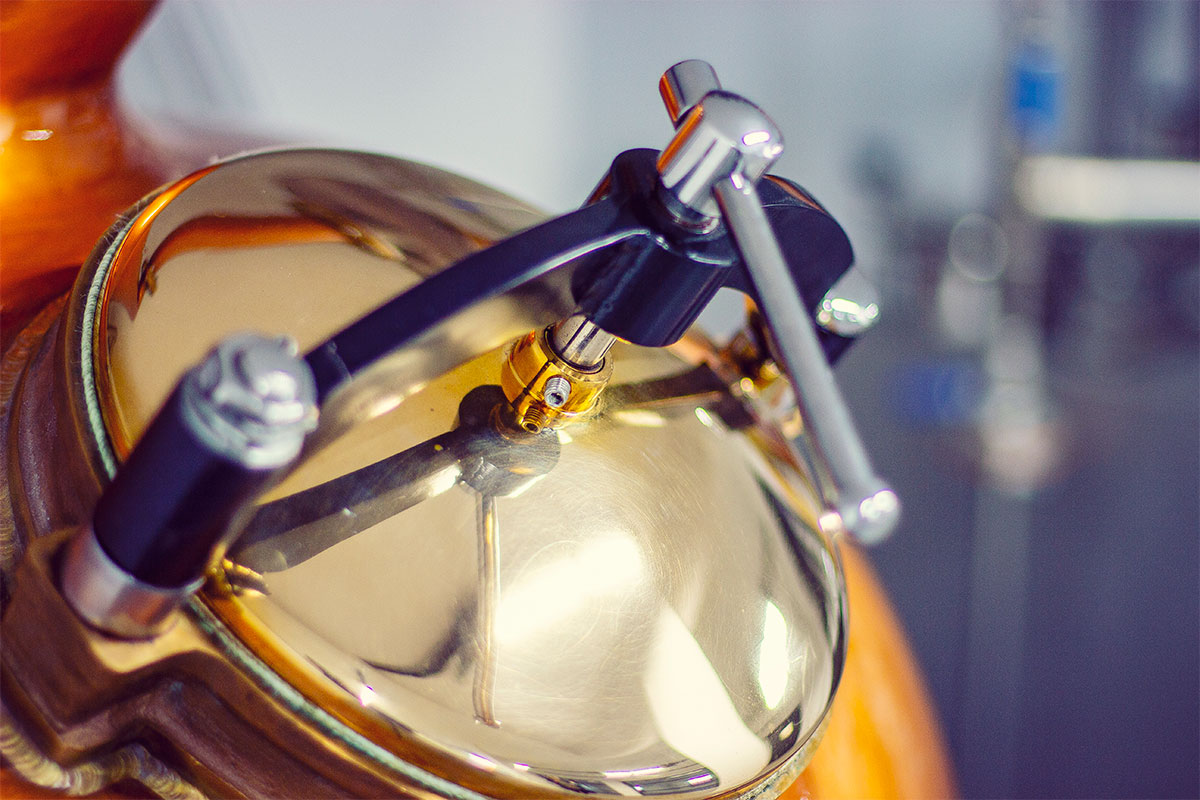