In our Discovering Scottish Gin editorial feature series, we ask the members of our Scottish Gin Consumers Group on Facebook to submit questions for a chosen Scottish Gin maker. Our loyal Facebook Group members did a great job and came up with some cracking questions for the team. As an added extra, we offered a prize for the best question… a bottle of signature Lussa Gin. The team at Lussa chose, and answered, their favourite question, which is revealed below. Thanks to everyone who took part and the trio at Lussa for taking the time to answer those burning questions! 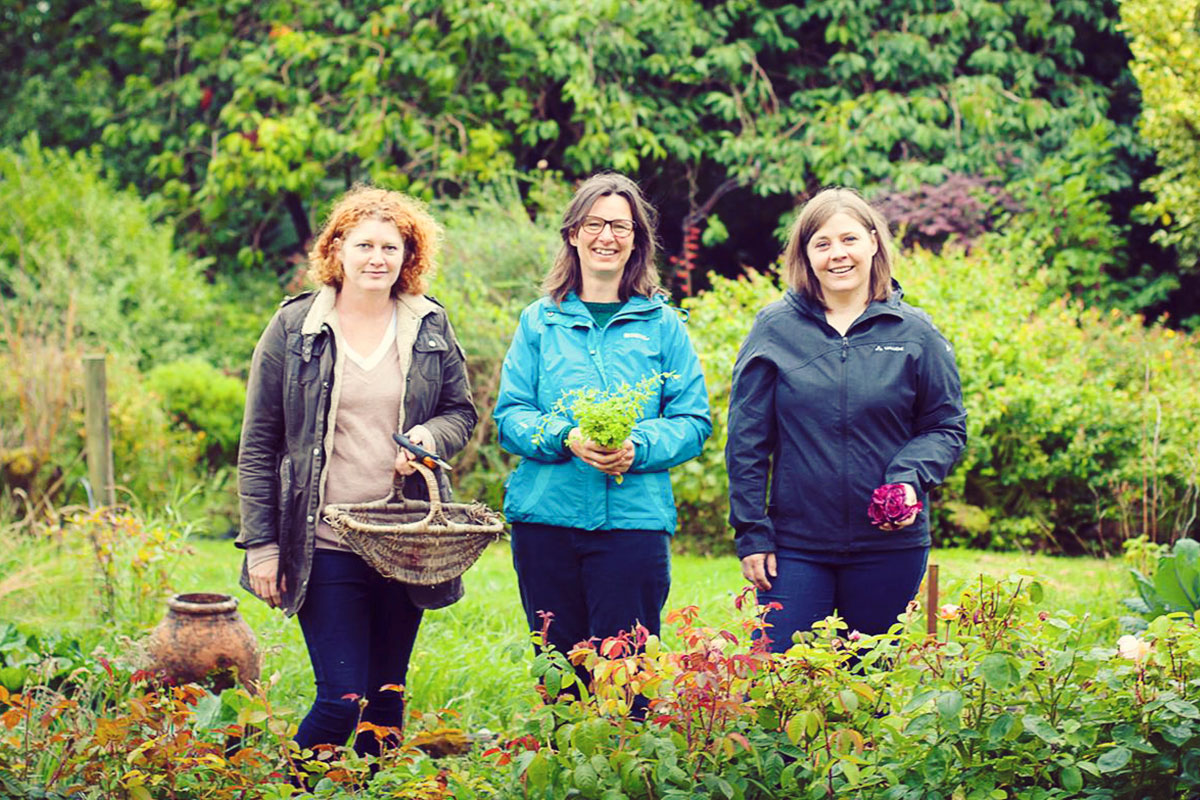 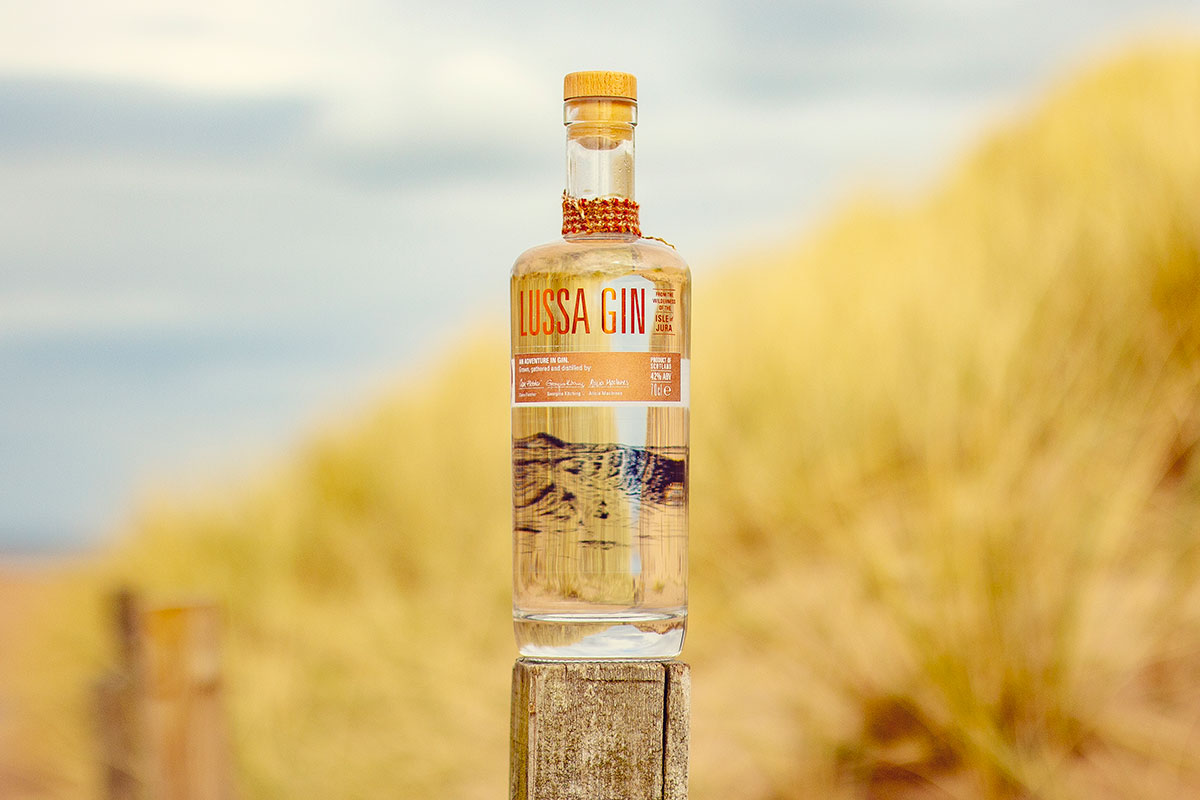 Lussa Drinks Company and their distillery is located on the northern part of the Inner Hebridean island of Jura, also known as the Isle of Jura. Established by three friends Georgina Kitching, Alicia MacInnes and Claire Fletcher, Lussa Gin takes its influences from the local landscape, including a large number of locally grown and foraged botanicals that feature in the distillation of Lussa Gin.

What was the motivation behind creating Lussa Gin? (Andrew Campbell)

Our motivation was to try and create employment for the three of us – we’re all neighbours at the north end of the island – and work opportunities are pretty limited with a small population of just over 200 people, particularly for women on the island. We have an interesting skillset amongst the three of us, but importantly we share a love of the place, a love of growing things and a love of gin.

What were the main challenges in creating an island spirit in such a remote location and small community? (also Andrew Campbell)

We’ve had many challenges – logistics are a big part of our daily lives as we have to take two ferries to reach the mainland, so getting things onto and off the island can be hampered by bad weather and ferry sailings. It also makes it more expensive. Our internet provision is also limited, which can make things difficult at times. We’ve tried hard to engage our community right from the start – they were integral in helping us decide which of our recipes ended up in the bottle, and we get help picking botanicals. Equally our community owned Jura Shop has benefitted hugely from an increase in sales! 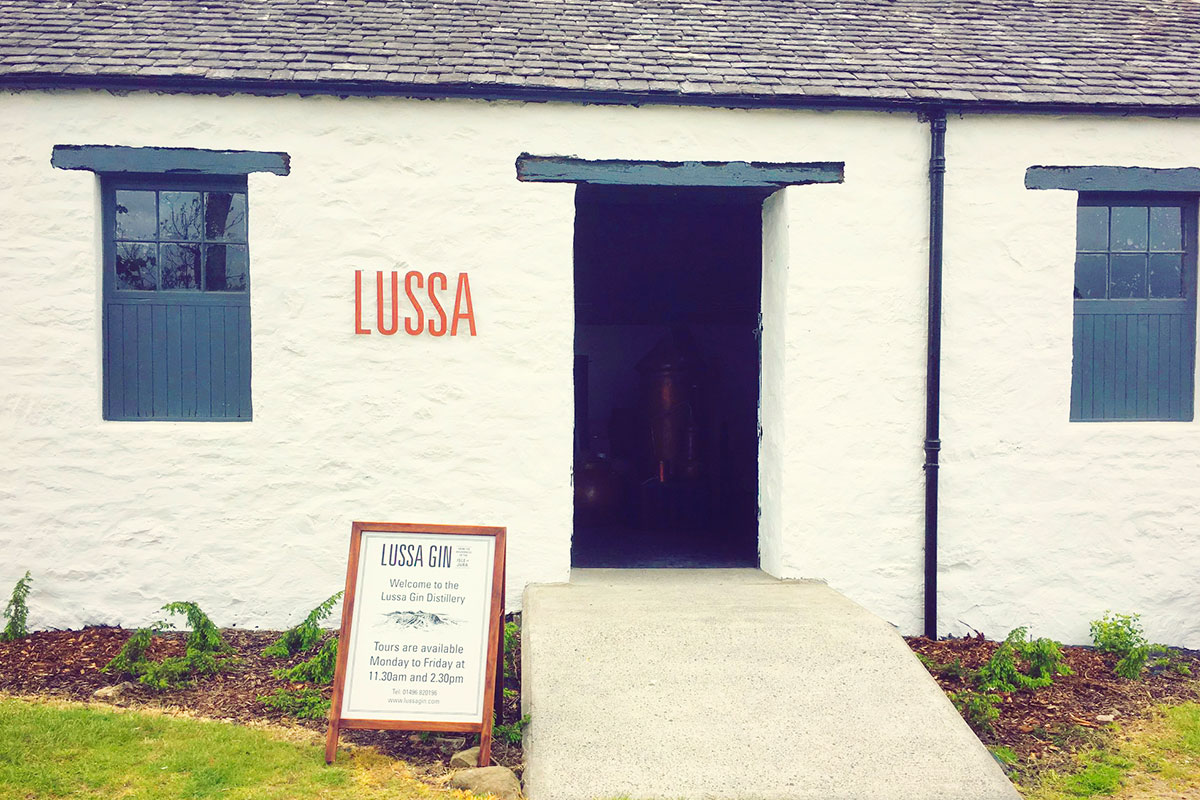 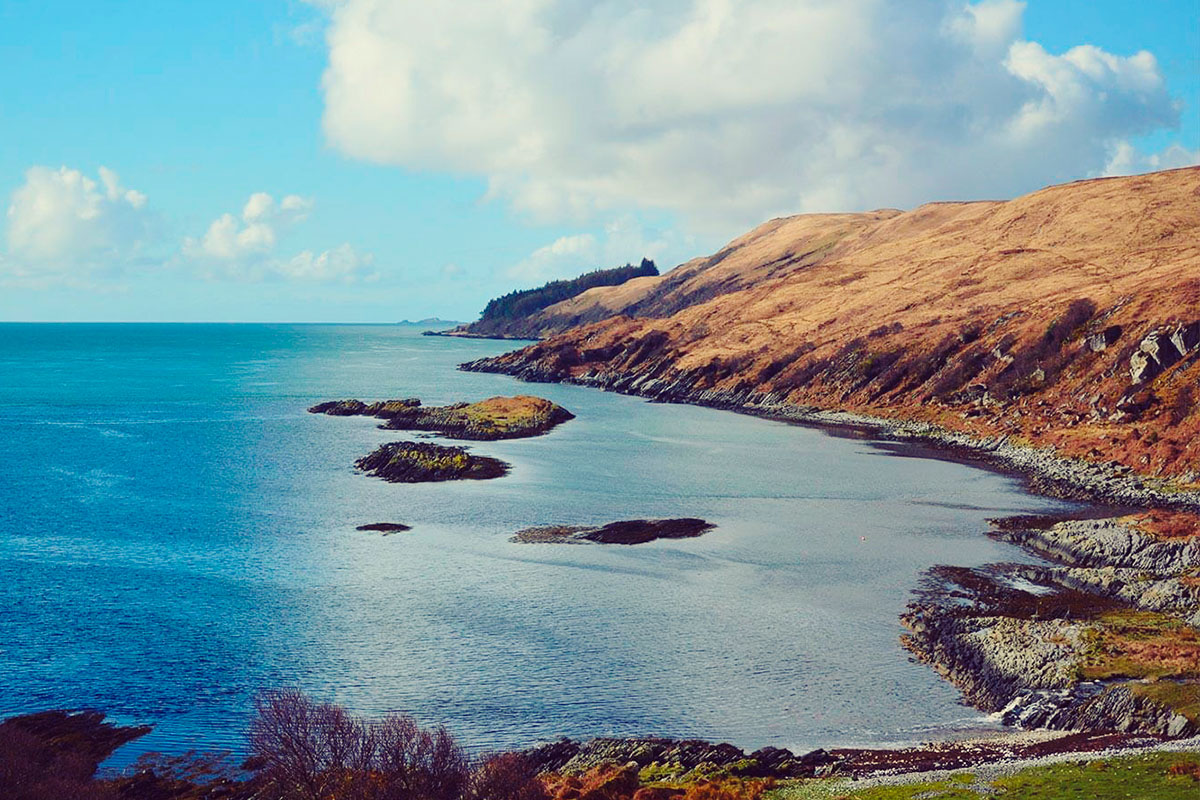 Relying on unpredictable ferries to get your product distributed, do you regret setting up your distillery on a small island? (Mike Thomson)

Absolutely not – it’s a part of daily life for us here – our kids have to use the ferry every day to get to High School on neighbouring Islay as do our doctors, teachers and other workers. And the only thing that makes the ferry unpredictable is the weather. It does mean we have higher costs than most distilleries but it also makes us unique.

Are the botanicals you collect on Jura sustainable in the event of business growth and how do you ensure you have enough for annual production, given a limited growth season? (Colin Walker and the winning question!)

Good question. We plan our production for the year ahead and then know exactly how much of each botanical we need. We have capacity to double production but that may be a year or two away. We use 15 plants in all, and they start growing early April with the ground elder, and continue through to November for the rosehips. We then freeze the majority of our plants to allow us to distil all year round. We manage a variety of methods from cultivation in open soil and polytunnels, as well as taking cuttings from the wild (e.g. watermint) and propagating as well as foraging. We’re self sufficient in 11 of the 15 botanicals and a few are part of a long term growing plan, such as the orris root and juniper.

We have native juniper on Jura, and we’ve planted 500 Argyll seed certified juniper. This plant has been around since the ice age, but it is now under threat on the mainland from an airborne fungal disease. Plus we have 6000 red deer who are quite partial to it.

We’re very careful to ensure our foraging does not impact on the native plants, and we discounted many plants (like sea pink) as we did not think they were sustainable. We have larger quantities of some plants, like lemon thyme and rose petals, which are readily available and are cultivated, and much smaller quantities of the others such as lime flowers and honeysuckle.

It’s something we constantly monitor and if we ever felt we were threatening the sustainability of a particular plant, then we would simply adapt our recipe as Jura’s flora and fauna is at the heart of our business.

The Lussa team picked Colin’s question as their favourite and sent Colin his prize, which has already been sampled and enjoyed by Colin and his mum! (Bottle photos below courtesy of Colin) 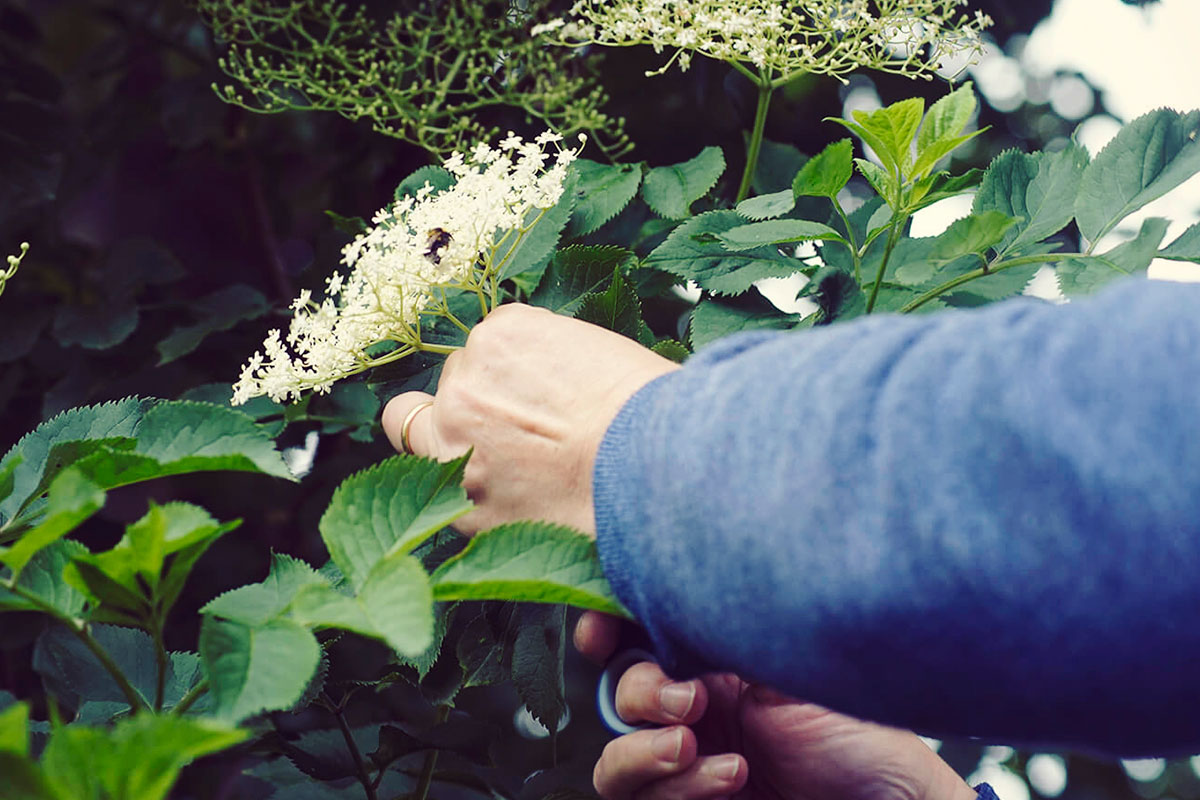 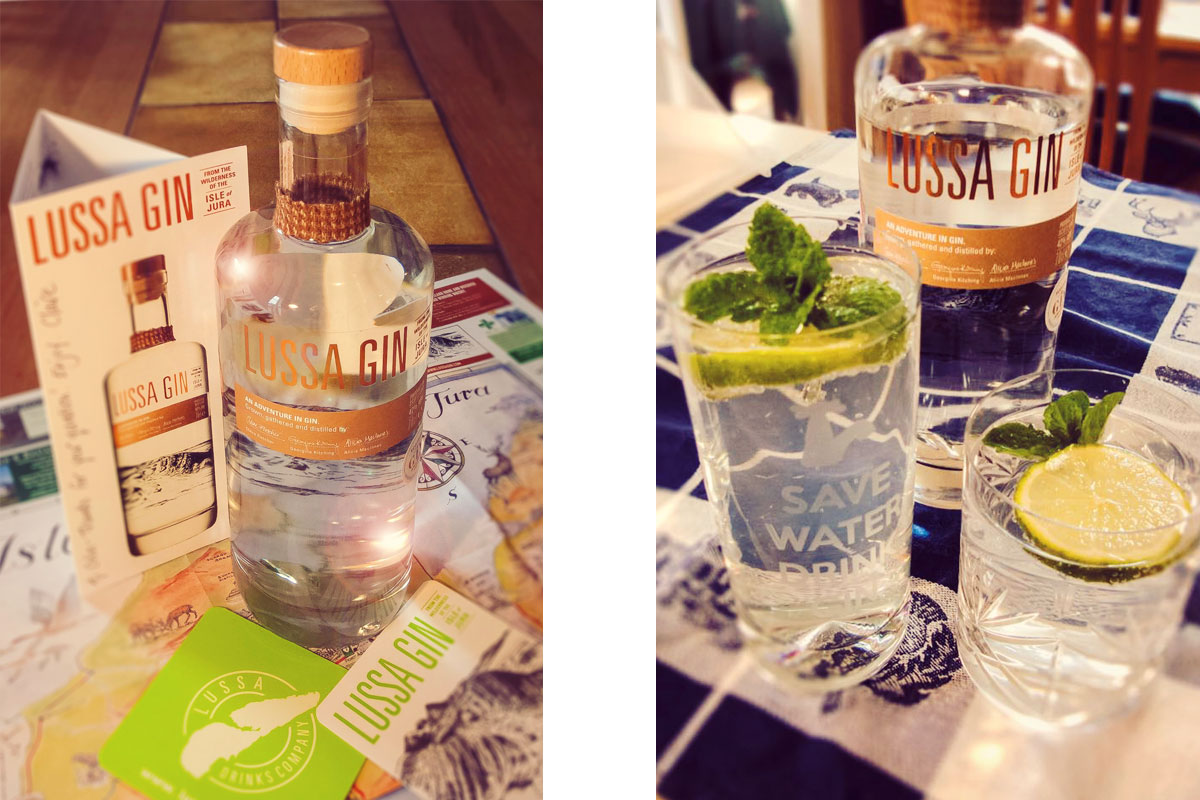 Does your still have a name? (Julia Haywood)

He does indeed – the first still we had was only 10 litres, so his name is ‘Little Jim’. He now has a big brother, a 200 litre capacity alembic copper pot still, and his name is ‘Hamish’. When we first started out researching our business, all the stills we saw had female names, such as ‘Ugly Betty’ at the Botanist on Islay, so as three women in business together, we thought we’d strike a balance. 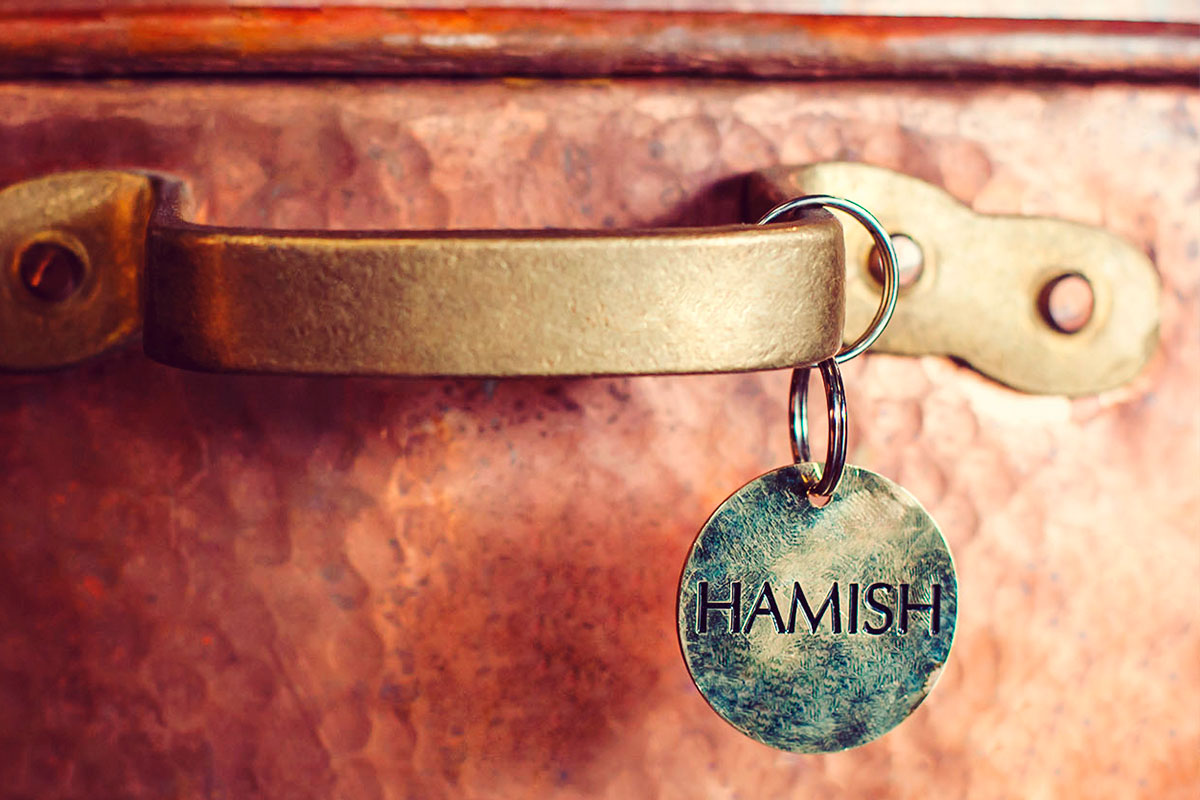 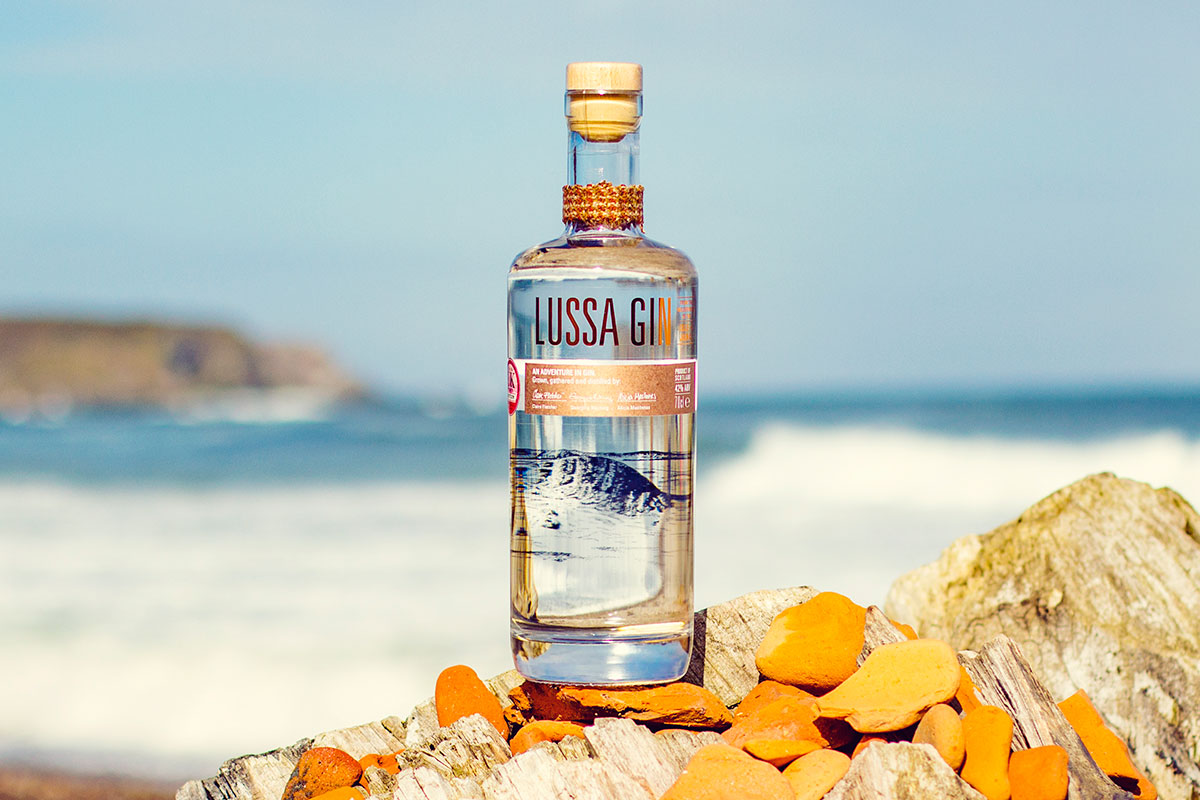 The bottle itself is off the shelf from a company in France called Saverglass who supply a lot of the whisky industry locally. We’ve tried to keep a Jura connection to everything we do, so we enlisted the help of an agency in Glasgow called Front Page. The business was originally set up by a local Jura woman called Felicity Johnson and they were instrumental in helping shape all our ideas. Kath Oakley illustrated the Paps of Jura on the back of the bottle. The piece of tweed around the top of the bottle is made by the Woollen Mill on Islay and is inspired by the tweed worn on the local estate.

Are there any plans for other expressions within the range? (Jayne Duff)

We really want to make one gin very well, so that’s our main intention. Having said that, we couldn’t resist the brambles last year or the year before, so we picked as many as we could, which was around 30kg, added some of our gin and some sugar and made a limited edition Bramble Gin Liqueur of a few hundred bottles. At some point in the future we may experiment again, but not until the market has room for more.

Is it true that Lussa is the favourite gin of the KLF and they are recording a new song about it? (David Hughes)

Ha, very funny. The KLF were the original reason one of us ended up on the island (long story, but they had a rave here in the summer of ’91 and then burnt a million pounds on Jura). We heard a rumour they’re back recording again, and there’s a film due out about them, but as ever they like to be shrouded in mystery… 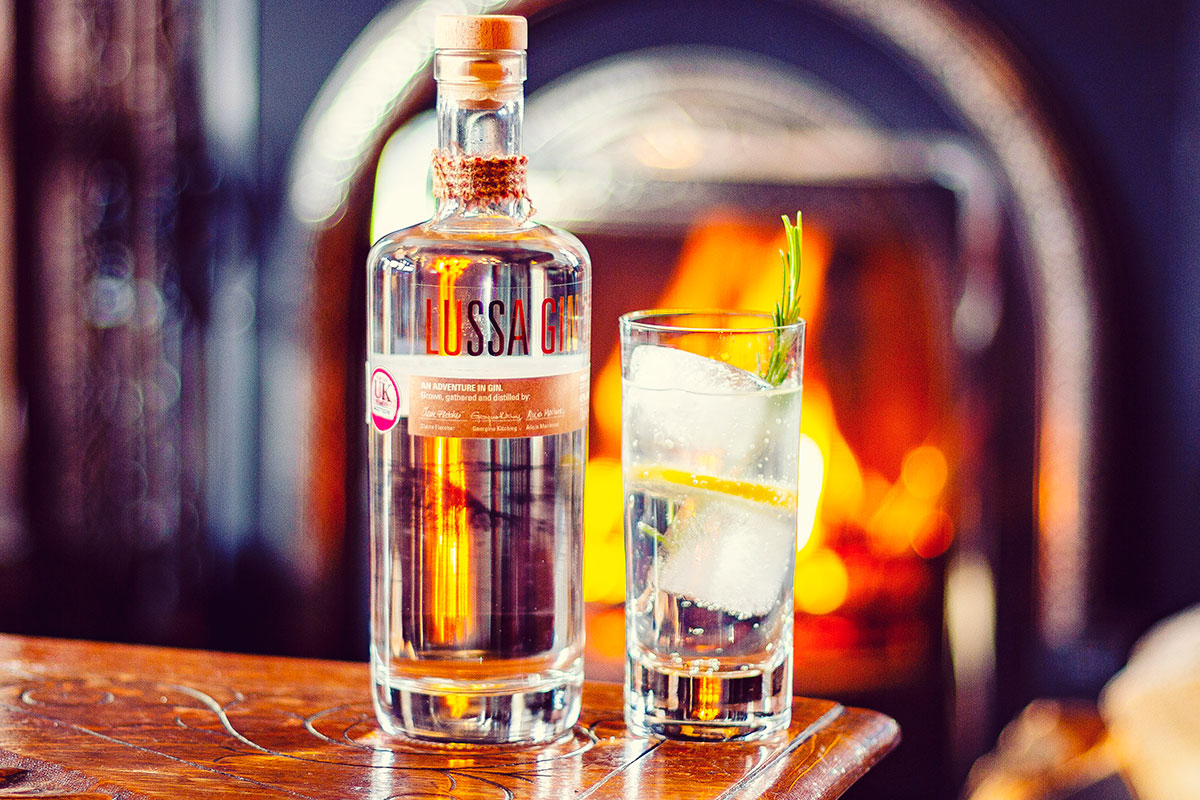 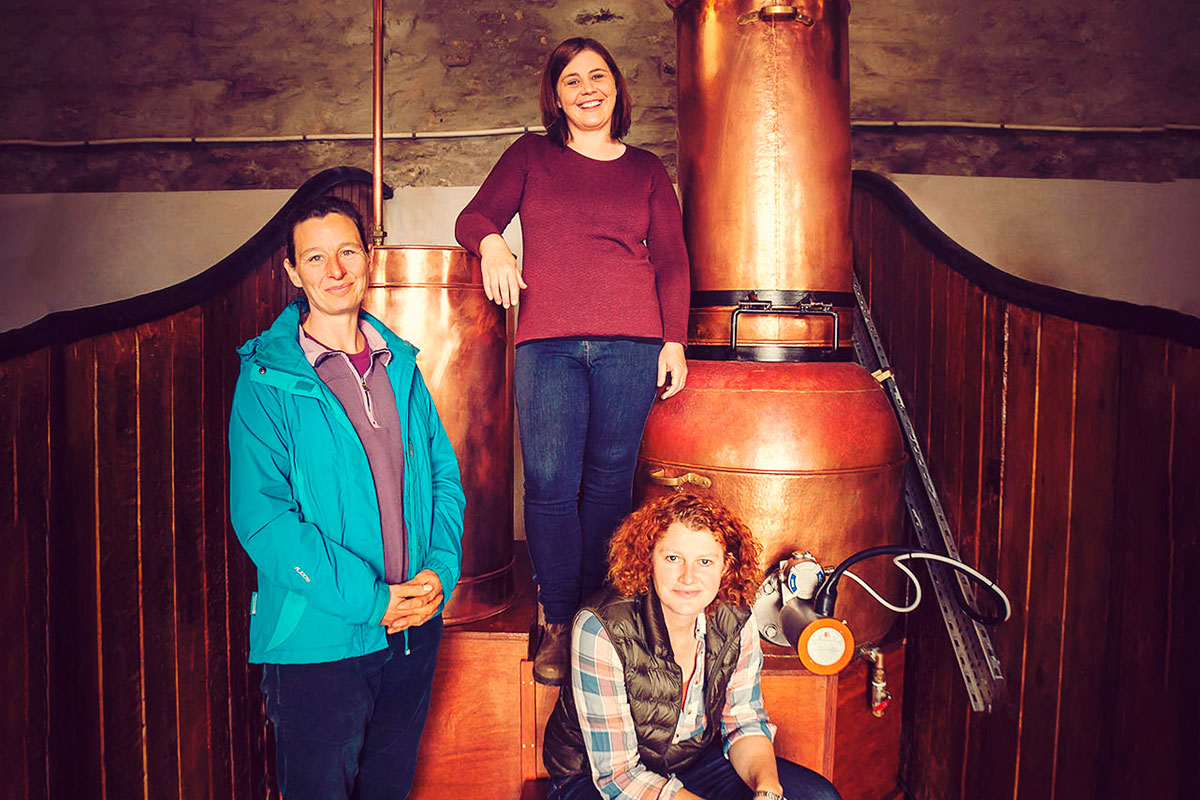 With your 5th birthday on the horizon, do you have a plans to mark the occasion? (also David Hughes)

With the current situation, it would have to be a very small party, and at the moment the distillery is closed to visitors but we’re hopeful we’ll make it through the other side, and then yes, I think the north end of Jura will be celebrating in style.

Were you able to get advice and support from any other distilleries while setting up and growing the business? (Pam Lorimer)

The Botanist Gin at Bruichladdich Distillery on Islay were very helpful at the start and have continued to be so. We also went to see Makar in Glasgow who’ve gone on to great things. There’s a really good network of small producers like ourselves and we see each other and talk often, such as Kintyre Gin, Skye and Avva. However, it was very nice to get a call the other month from a new distillery wanting advice from us! 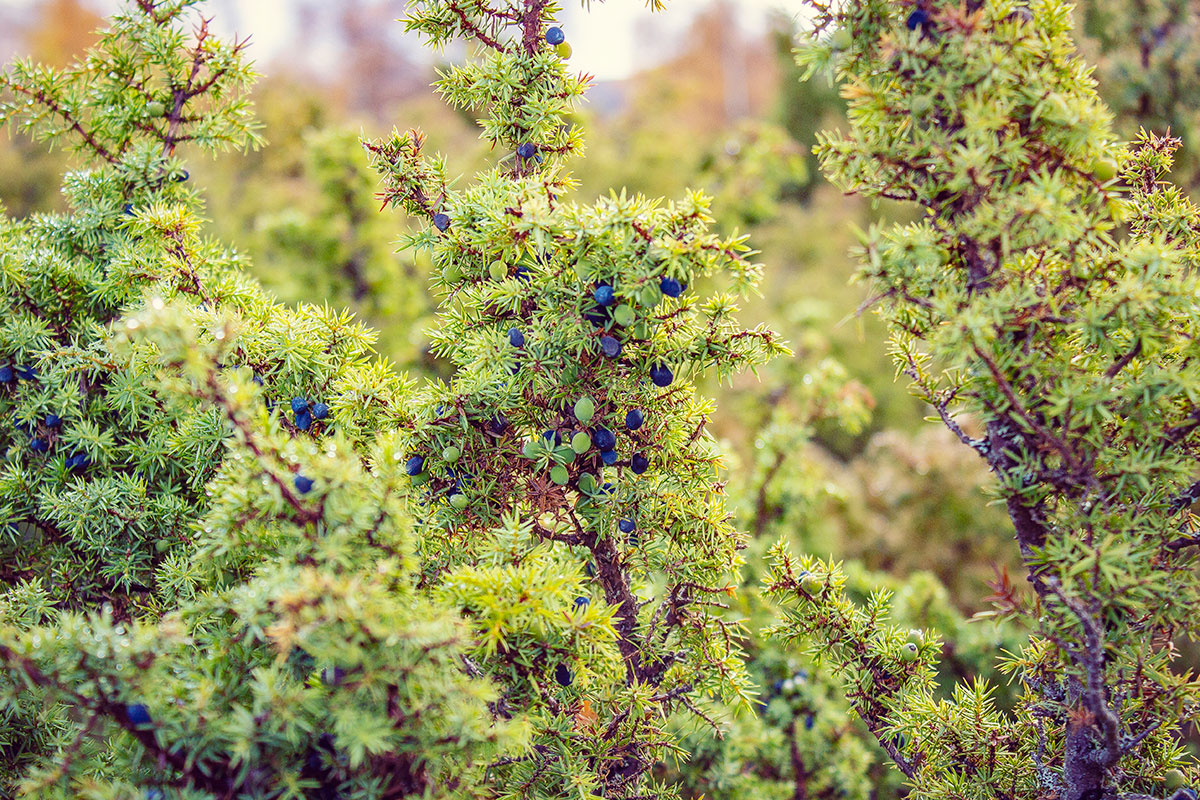 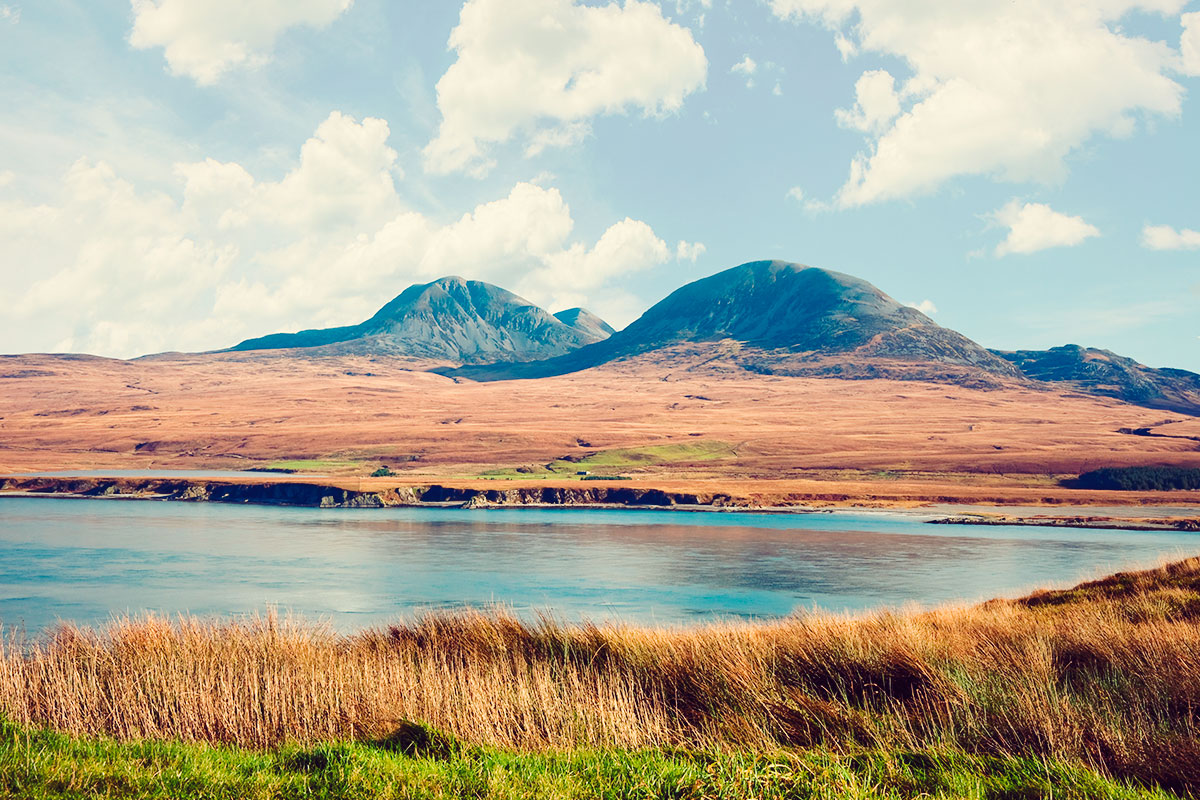 You can learn more about Lussa Gin by clicking the links below.