It’s quite amazing to think that this staple gin cocktail was only invented in the 1980s. Given its modern day classic status, popularity and longevity, it would be perfectly believable for this cocktail to be a few hundred years old. But in fact, it was created in the mid 80s by Dick Bradsell at Fred’s Club in Soho, London, which was an exclusive members club that attracted the rich and famous of the time.

This creation is particularly charming because creator Fred has told of the significance of the bramble to him personally having picked them as a child on his home Isle of Wight, recalling being covered in scratches and juice from the blackberries during harvest. So when an importer of French liqueurs insisted Fred sample a new crème de mûre, it brought back seriously good memories and he knew he had to do something with it. With it being quite a rich liqueur, it didn’t work shaken or over ice with the sweet and sour elements. Crucially, the crushed ice makes this cocktail work, which Fred discovered when he borrowed the next door restaurant’s crushed ice machine. It dilutes and adds the required length, avoiding a sickly taste and mouthfeel.

Served in an Old Fashioned glass, the crushed ice was constructed into a volcano shape with two short straws added and once the sour mixture was poured, the pièce de résistance was of course the drizzling of the mûre, creating a dramatic bleeding effect. 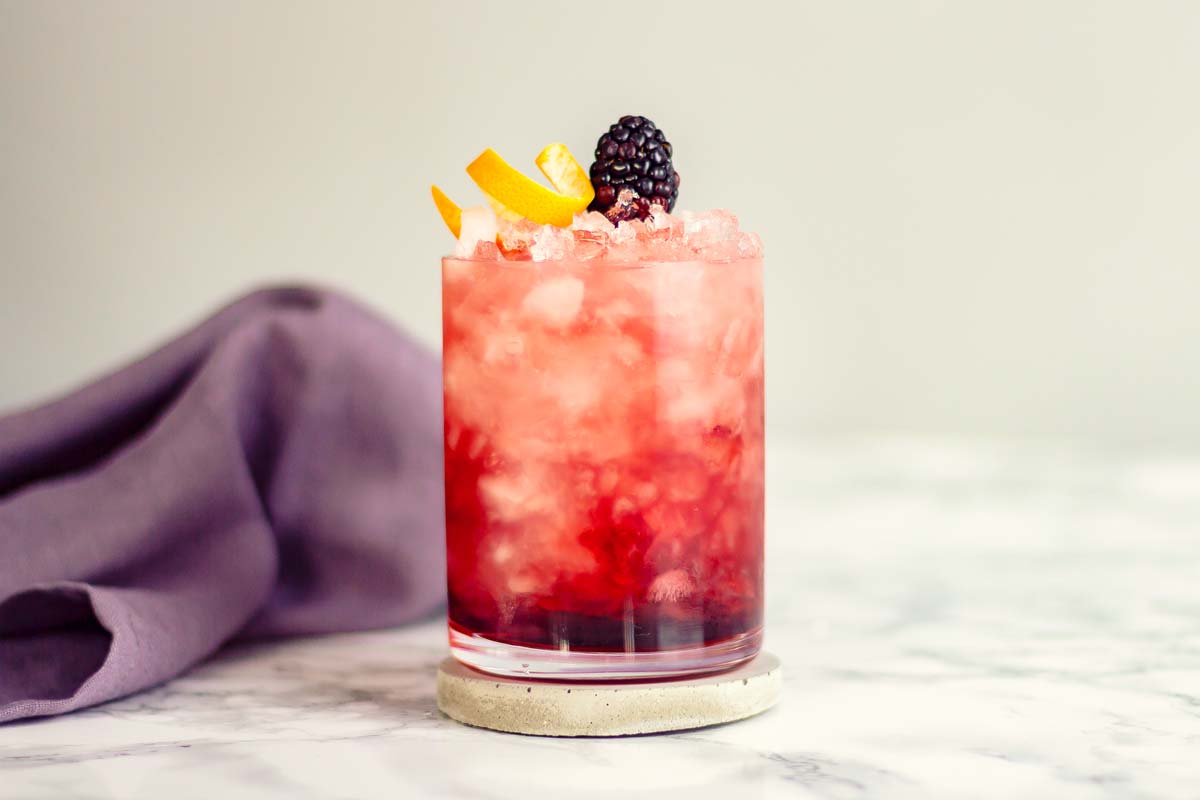 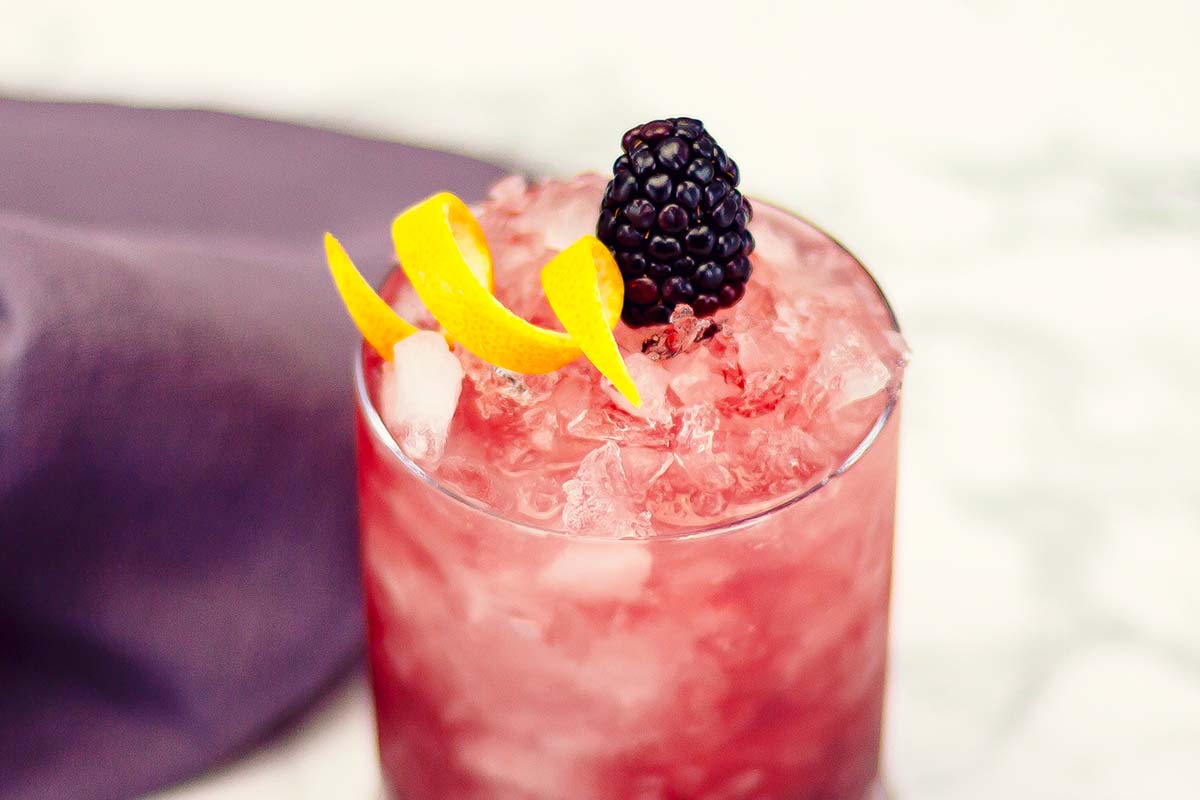 Lemon twist or slice and blackberry

Shake the gin, lemon juice and sugar syrup over ice and strain into a crushed ice filled Old Fashioned glass. Top up with crushed ice forming a volcano shaped mound and drizzle the crème de mûre to create a bleeding effect. Garnish with a twist or slice of lemon and blackberry. 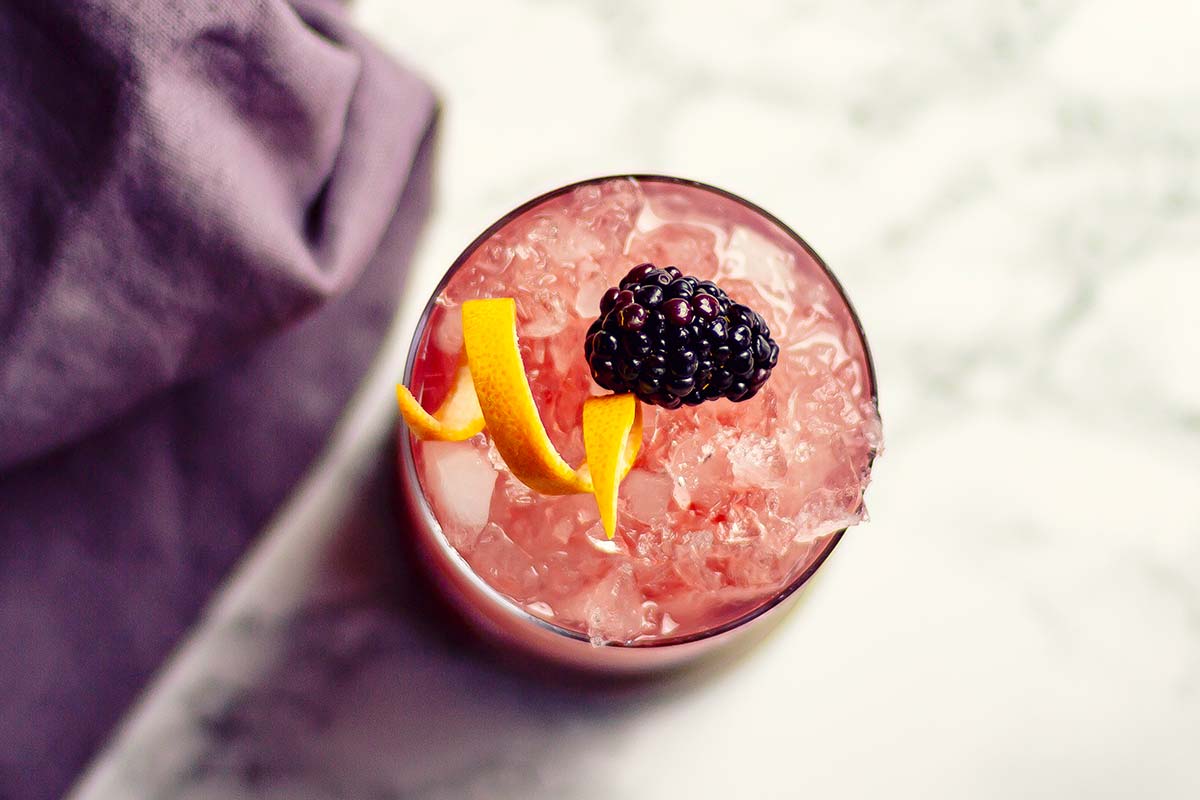 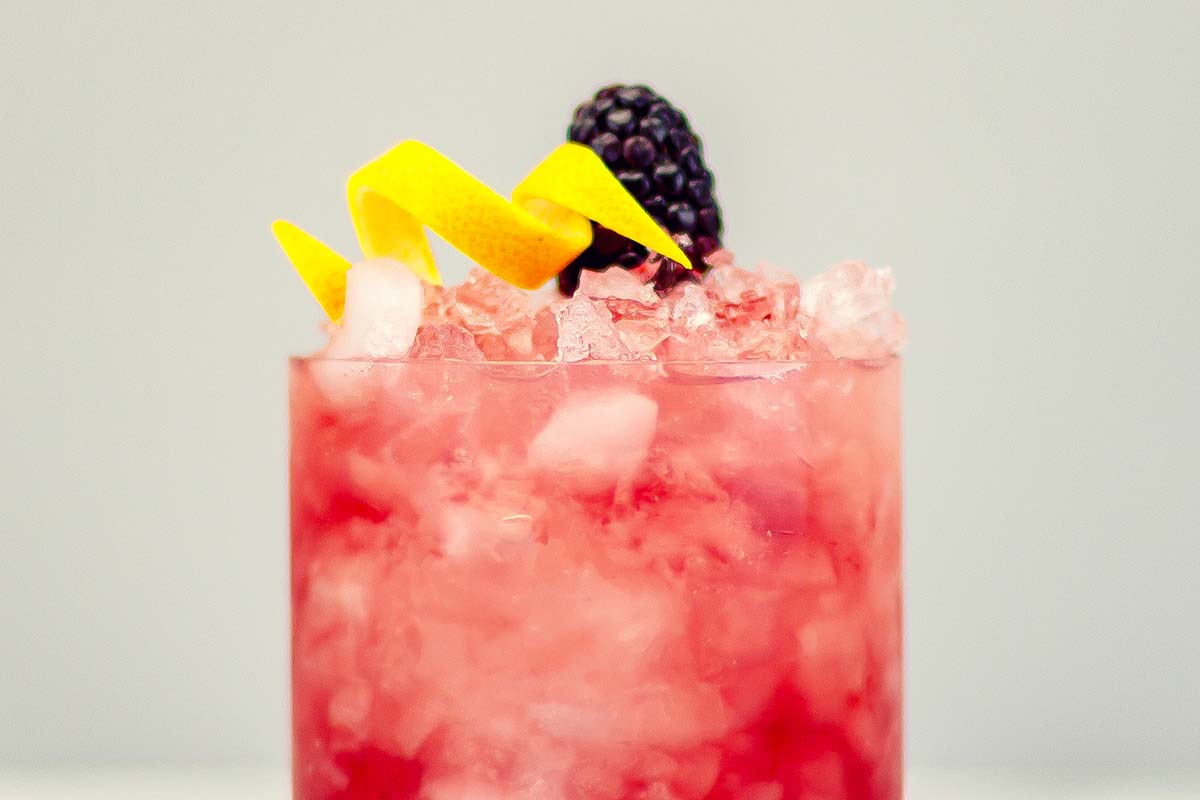