They come in all shapes, sizes, flavours. They can be found in almost every corner of the world. Some have been used for thousands of years to cure ailments. Some were even key to ancient civilisations and used in elaborate ceremonies. Without them gin wouldn’t be gin. We are of course speaking about botanicals. Without juniper would gin be gin? No. Thanks to Mother Nature, the range of botanicals available and opportunity to innovate is almost endless when you consider potential flavour combinations. We wanted to learn a bit more about some of the key botanicals (yes juniper should be first on the list!) that Scottish Gin makers and brands consider to be one if not ‘the’ botanical that they feel makes their Scottish Gin shine. In this latest episode of Beautiful Botanicals, we talk Milk Thistle with Glaswegin, Sugar Kelp with Isle of Harris Distillers, Pink Peppercorns with The Biggar Gin Co, Heather with The Gael Spirits Company and Chamomile with SOS Gin.

A common sight across Scotland in summer, bright purple flowers and green, prickly leaves. The Thistle is commonly recognised as a symbol of Scotland. Specifically the Milk Thistle, originally said to be native to Mediterranean regions, but can now be found across Europe, South Africa, South America, Australia and Asia. The Milk Thistle gets its name from the milky sap that’s released by the leaves when they are cut. The seeds that are formed in the flower along with the sap have been used to make medicines for a variety of aliments and medical conditions dating as far back as 1AD. 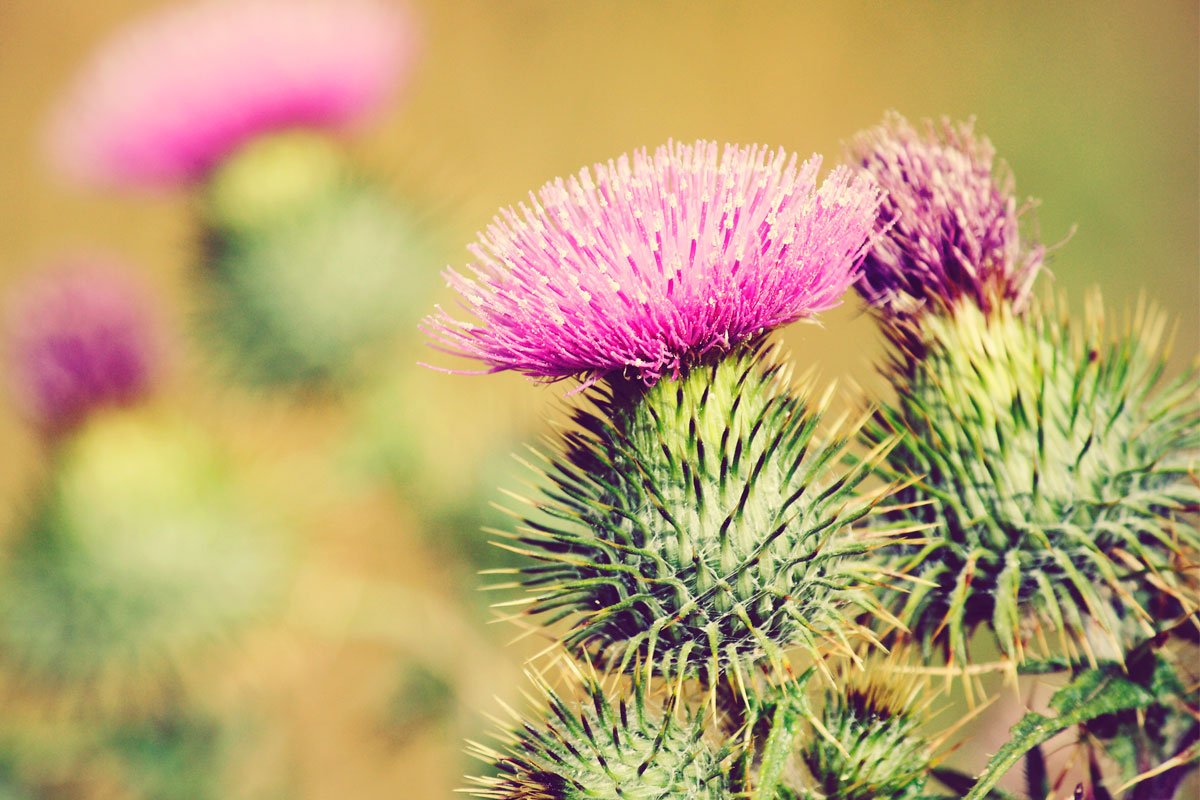 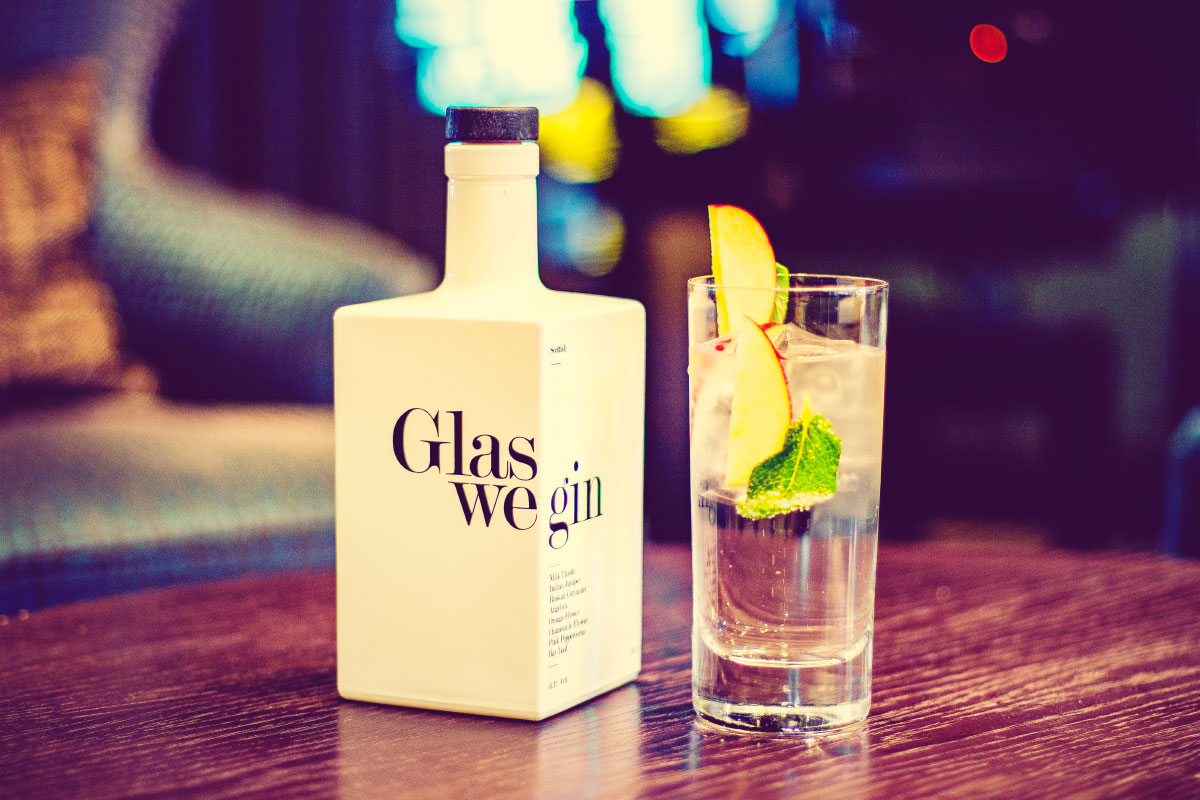 “The most important thing for us when we were thinking about our recipe was to create a gin that was unique, enjoyable to drink and reminded us of the city of Glasgow and its people. We needed our gin to be all about its flavour, not fussy or faddy and dependent on garnishes, a gin that you could enjoy glass after glass.

“We wanted to use a botanical that when distilled created a traditional gin flavour profile but also some that had ties to Scotland. The raw Milk Thistle seeds are unusual in that the flavours don’t extract very well in water and tasted raw they are sweet and bitter at the same time. However, when used in the distillation process, along with ethanol, the flavours and oils are slowly extracted to create a lovely mouthfeel and flavour profile for our gin. It’s also said that Milk Thistle has a number of benefits, allegedly preventing a hangover being one of them… but we can’t make any promises!”

You can learn more about Glaswegin here.

Sugar Kelp, sometimes known as sea belt and Devil’s apron, due to its shape, is a type of seaweed found in the north east Atlantic Ocean, the Pacific Ocean and the Barents Sea south to Galicia in Spain and around the coast of Britain. It can grow up to five metres in length and can be found on rocky, sheltered seabeds providing a source of food and habitat for a diverse range of species.

Dark golden-green in colour with a distinct crinkly, wavy edge, Sugar Kelp takes its name from the naturally occurring sugar mannitol, which is released as the Sugar Kelp is dried. It normally takes 15 – 20 months before it reaches maturity and can be harvested. It was once used to predict the weather! Dried fronds would be hung outside and if they remained dry thanks to the humidity, then the day would be fine. If the fronds softened it would mean rain was on the way. 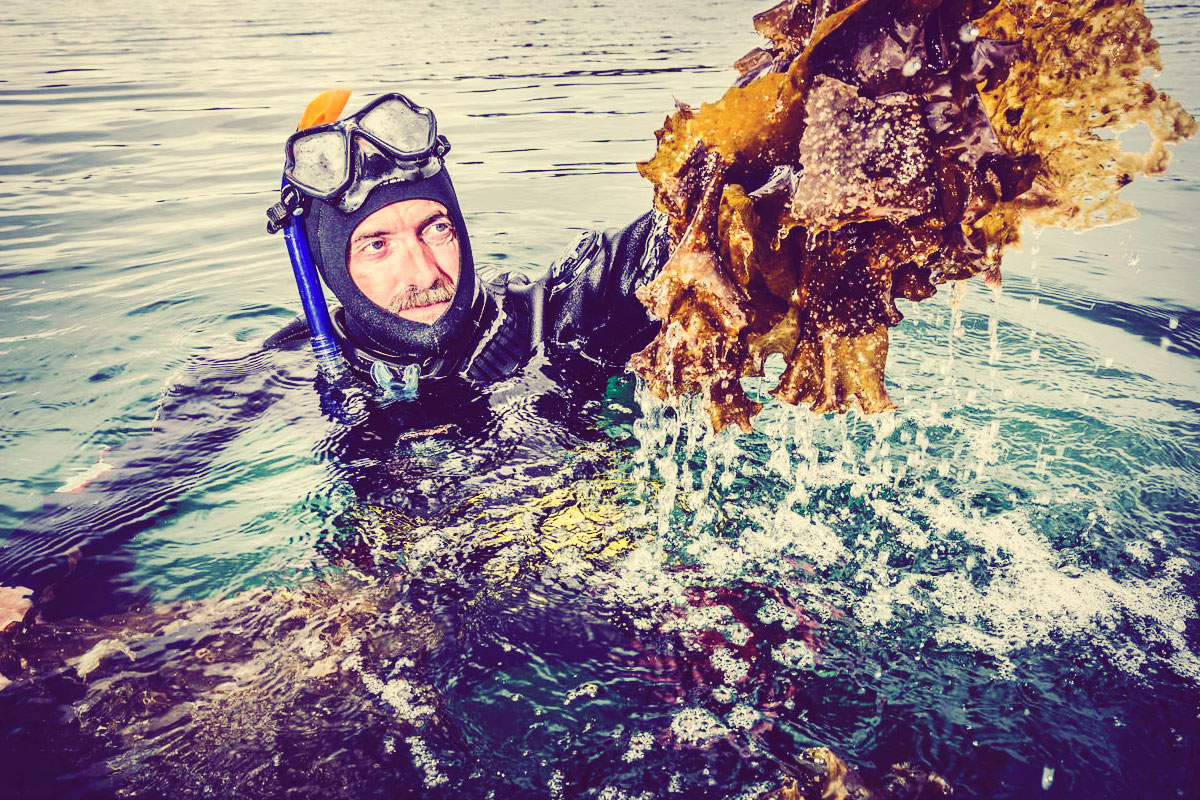 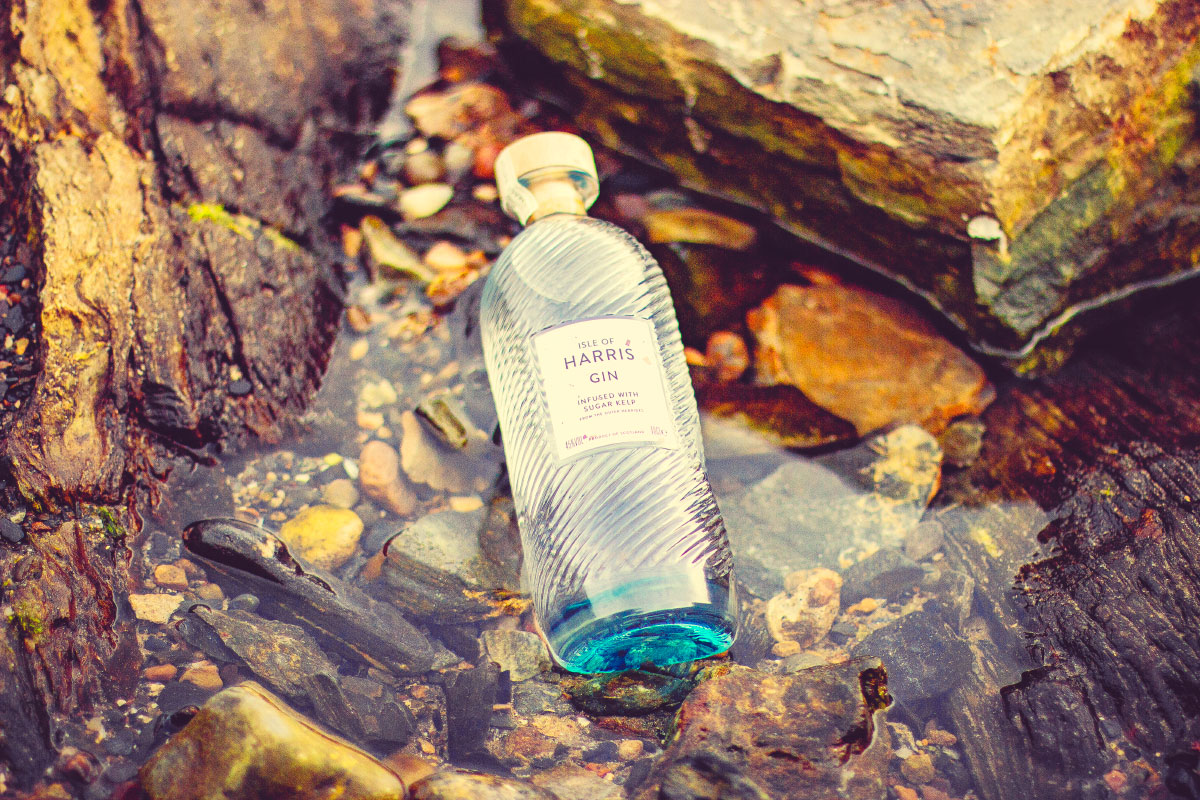 “Sugar Kelp is the defining botanical in our Isle of Harris Gin, a seaweed found in the local seas and sea lochs surrounding us. The golden-green fronds are harvested from underwater forests by local diver, Lewis during the spring and summer months.

“In the early days of the Isle of Harris Distillery, we worked alongside an ethnobotanist who visited Harris to search above and below the sea for something unique and from our island home.

“We also worked closely with Heriot-Watt University in Edinburgh to ensure the perfect balance between all 9 botanicals found within our spirit.

“We believe our Sugar Kelp adds a complexity to our Isle of Harris Gin, bringing with it a distinct maritime note on the nose and a gentle reminder of the sea to finish.”

You can learn more about Isle of Harris Distillers here.

Pink Peppercorns are in fact a fruit! Harvested and dried from the Schinus terebinthifolius tree, commonly known as the Peruvian or Brazilian pepper tree, native to tropical and sub tropical climates. Because of their close resemblance to peppercorns and their peppery flavour, they became known as Pink Peppercorns. Traditionally used as a culinary spice for cooking with the sweet, spicy flavour proving popular with chefs from all over the world.

The actual tree is native to the Peruvian Andes and can grow up to 50 feet in height and width under the right conditions. Evergreen with green leaves, flowers and red berries. The leaves of the tree were traditionally used to create green dye for dying textiles in regions of the Andes. The berries were once used to make chicha, a fermented alcoholic beverage that was extensively used in the central Andes around 550 to 1000 AD. 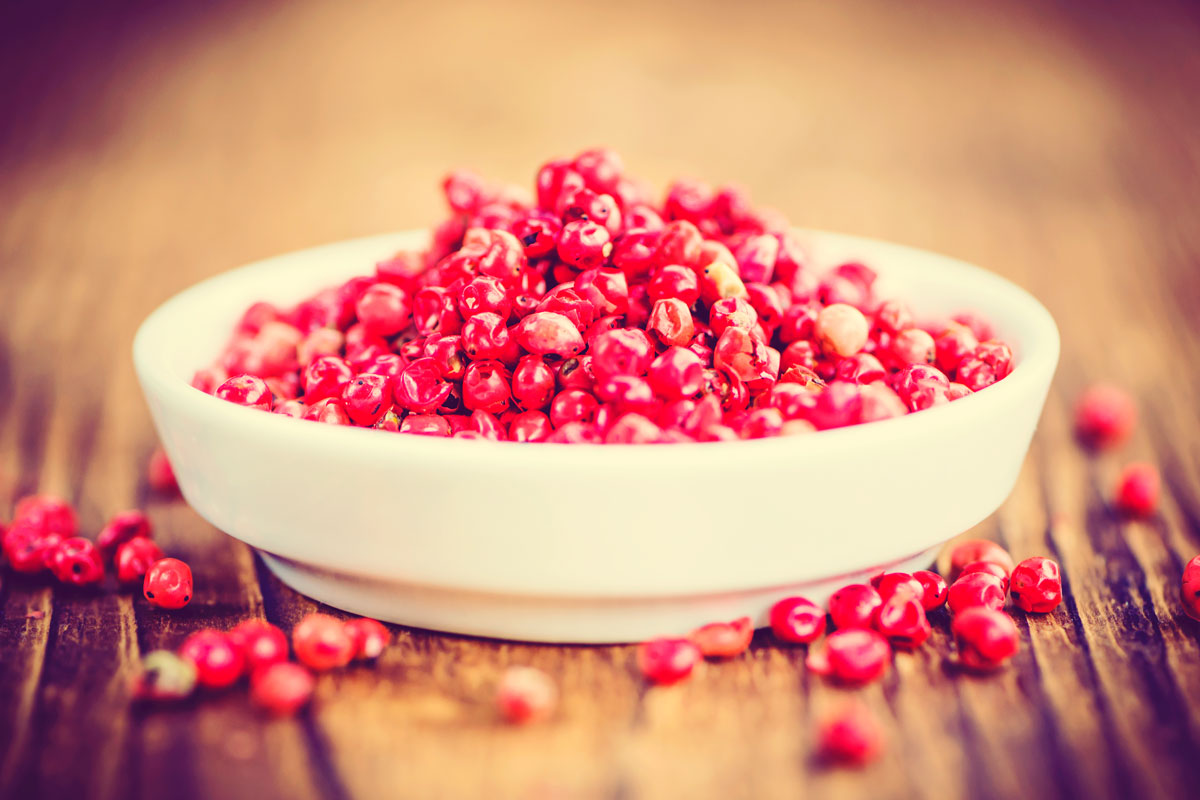 “During the recipe development stages of Original Recipe Biggar Gin, we wanted to introduce a bit of spice profile to Biggar Gin. We distilled a number of spices separately to later blend with other botanicals we were interested in. Amongst the competition for a spot on the ingredients list of spices were the cubeb berry, pink peppercorn and black peppercorn.

“The first interesting fact about pink peppercorns is that they’re not actually pepper – they are harvested from the Peruvian pepper tree and are in fact a member of the cashew family. This is perhaps why its addition to gin can give a good bit of heat without the burn or the pepperiness of black pepper.

“We found that in comparison when we used the cubeb berry, we enjoyed the spirit neat. However, when mixed with an original premium tonic, the pink peppercorn performed much better in taste tests. Overall a much more exciting botanical than other similar botanicals.”

You can learn more about The Biggar Gin Co. here.

Heather has served many purposes over the centuries. Brewed and used in teas and potions to cure ailments, used as roofing material for thatched roofs and it was even used to make brooms, which is how it got its Latin name – Callunasi, which comes from the Greek word meaning ‘to brush’.

A common sight across Scotland’s regions, this small plant, sometimes called Ling, provides an abundance of nectar for nectar loving insects including bees over the summer months when the plants are in full flower. The plants also provide natural protection for ground nesting birds like Red Grouse and a source of food. During the summer months, the hillsides and regions of Scotland come alive with brightly coloured flowers forming on the heather stems and they fill the air with fragrant scents. 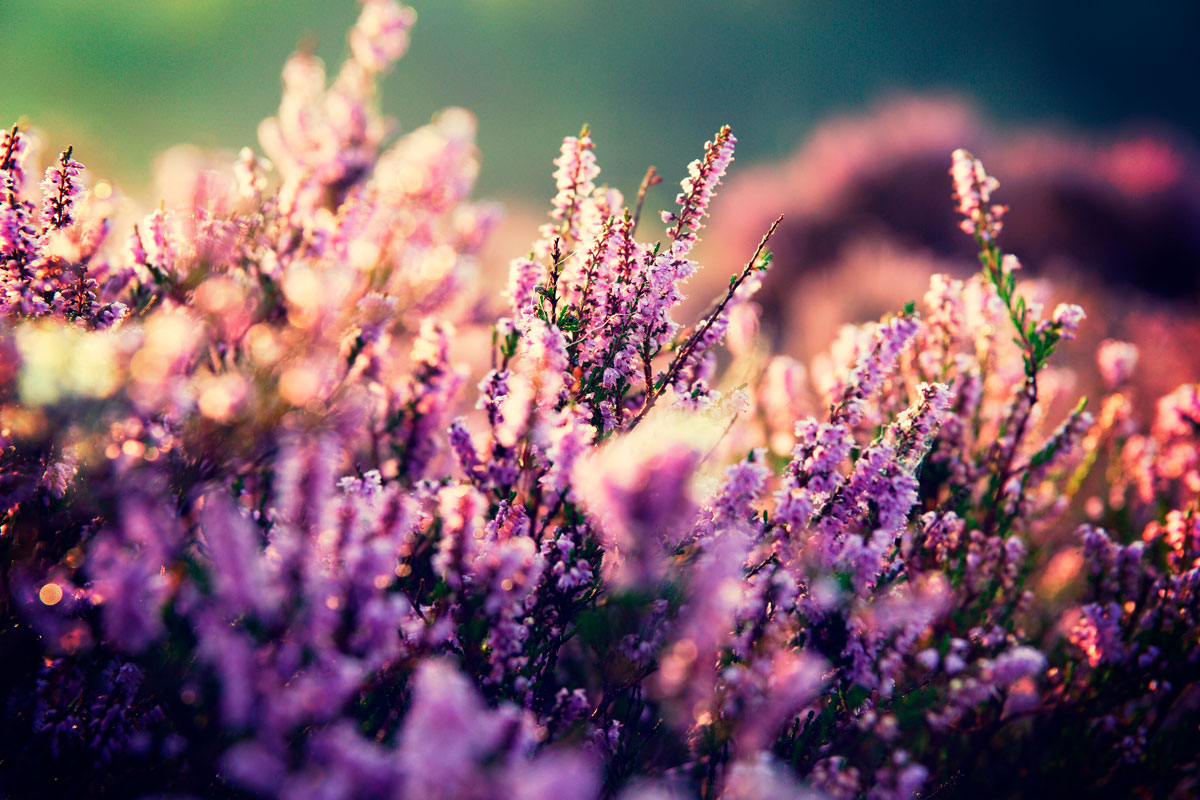 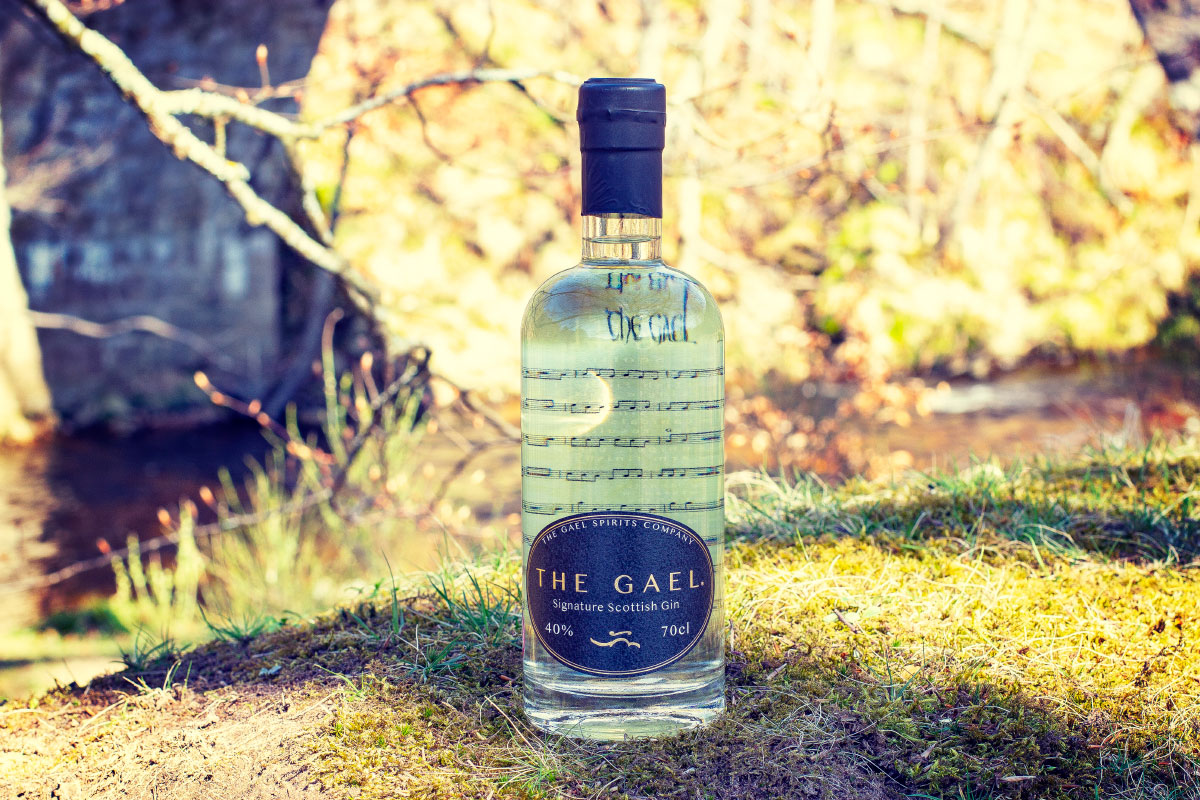 “Here in Perthshire and all around Scotland we are surrounded by the subtle perfume and beauty of heather covered hills for miles to see. It was this integral part of the Scottish landscape that we, at The Gael Spirits Company wanted to encompass into our gin and heather became the key botanical to achieve this.

“Using the flower tips infused with our Single Malt base spirit and other botanicals, we tried and tested many blends before we were satisfied we had the perfect combination of a beautiful heather aroma and floral note working in harmony with the other botanicals. Heather brings to ‘The Gael’ the ‘distinctly Scottish notes’ we were looking to create with our gin.”

You can learn more about The Gael Spirits Company here.

The word “chamomile” comes from ancient Greece, Chamomaela, and means “ground apple” with the scent of crushed flowers said to resemble the scent of apple blossom. Chamomile comes from the Asteraceae family of plants, which also includes sunflowers and Marigolds. The daisy-like flower is often a ring of white petals with a bright, yellow nectar producing centre.

Chamomile is recorded as far back as ancient Egyptian times as being a plant with calming properties and it was used as a cure for fevers, also as a cosmetic and even as a treatment for malaria. The Norsemen were said to use it to make a form of shampoo that was used to add buster to make their beards and braided hair. 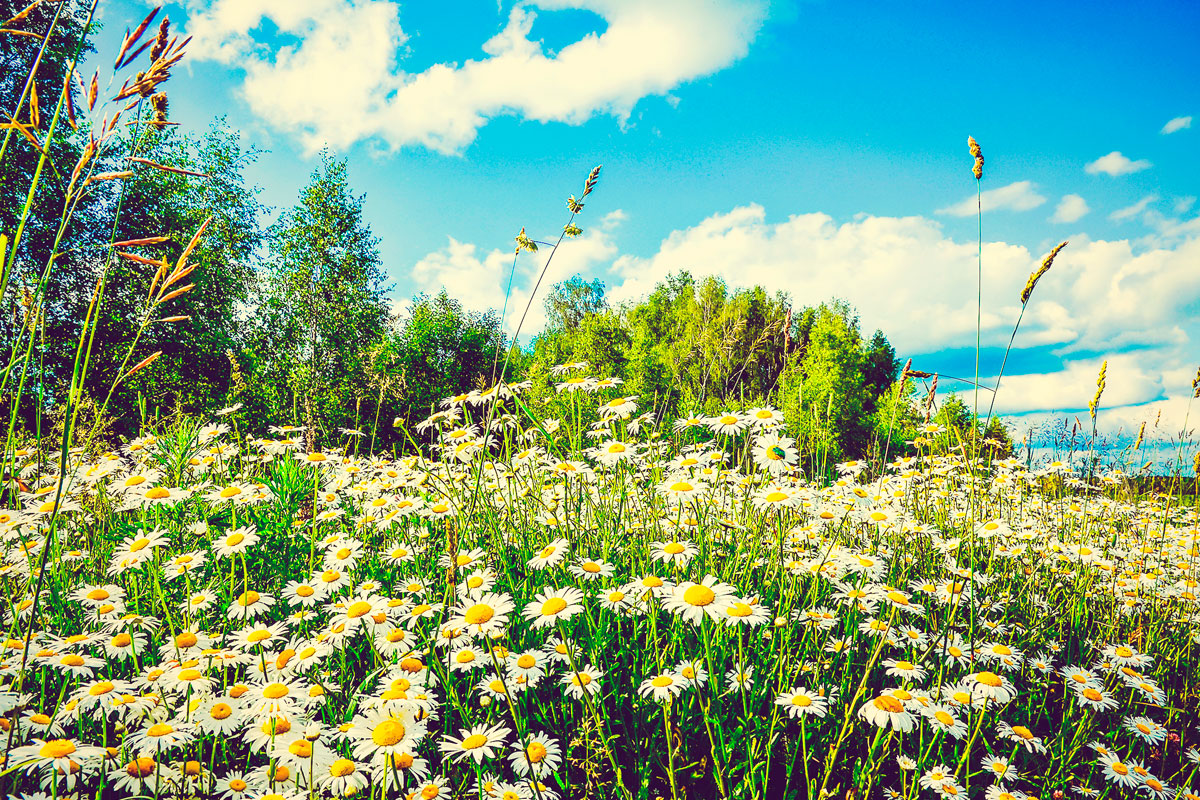 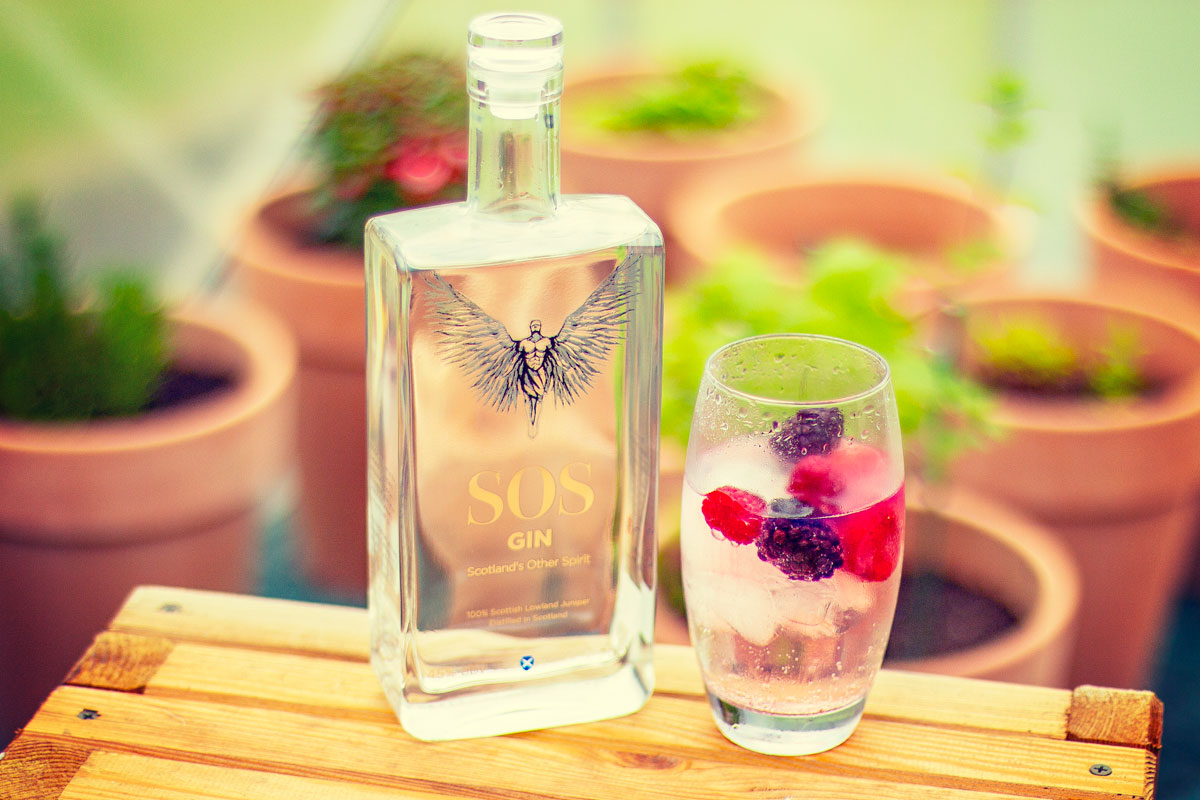 “Founder and distiller Mark spent considerable time testing and tasting a range of botanicals and we were determined to find the perfect floral botanical for SOS Gin.

“Chamomile was chosen as the floral botanical because, unlike most delicate flowers, it has the ability to cope with the prolonged exposure to heat during the copper pot distillation. Hence it is possible to extract the full range of essential oils and flavours from all four of the botanicals used during the distillation period.

“Chamomile, when distilled, imparts a warming floral tone as well as a natural sweetness. It is both soft and succulent, balancing and blending beautifully with the other botanicals – it neither overshadows nor understates, but complements them, allowing the various different aspects of the other botanicals in SOS Gin to be distinguishable.”

You can learn more about SOS Gin here. 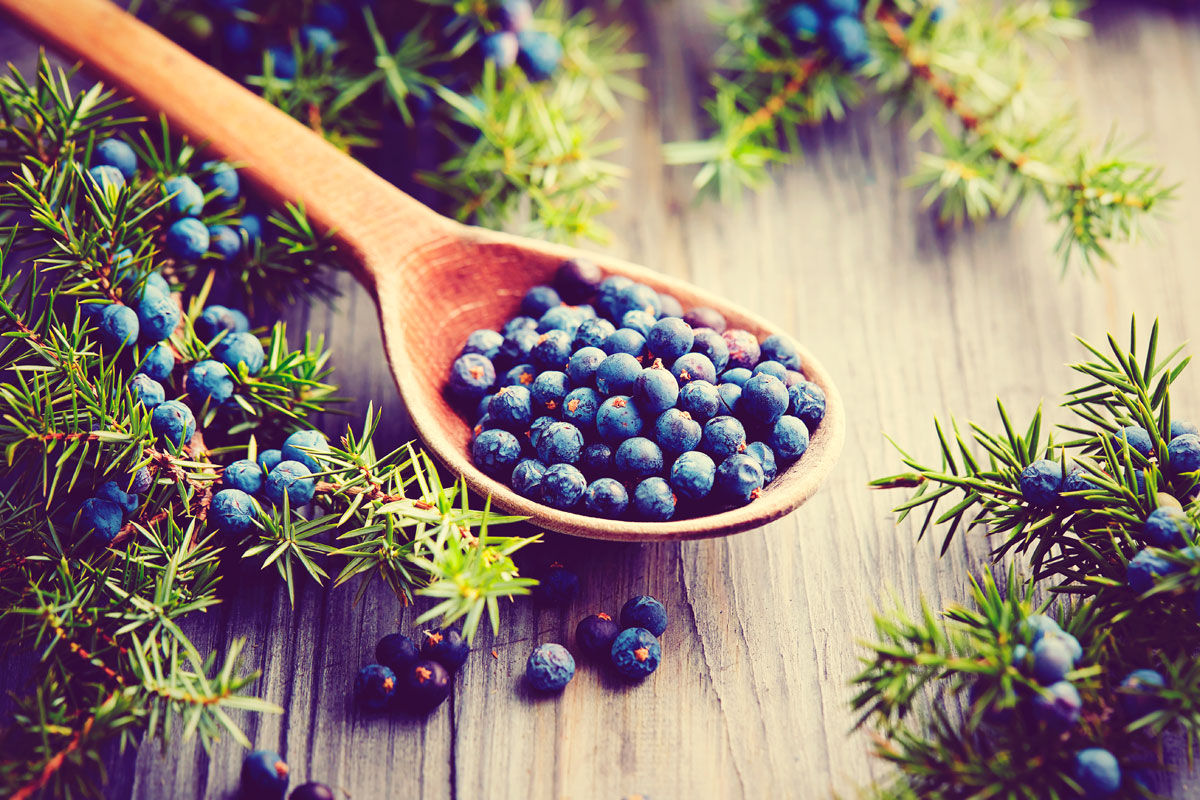 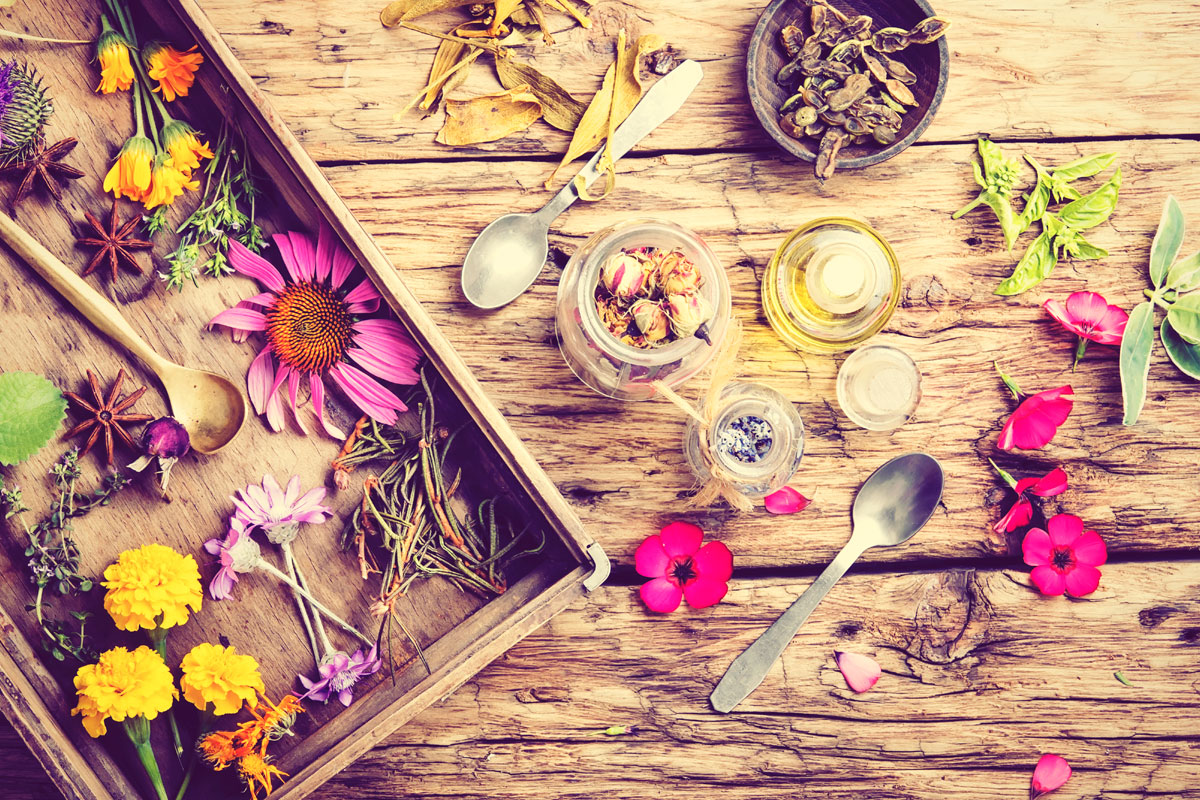 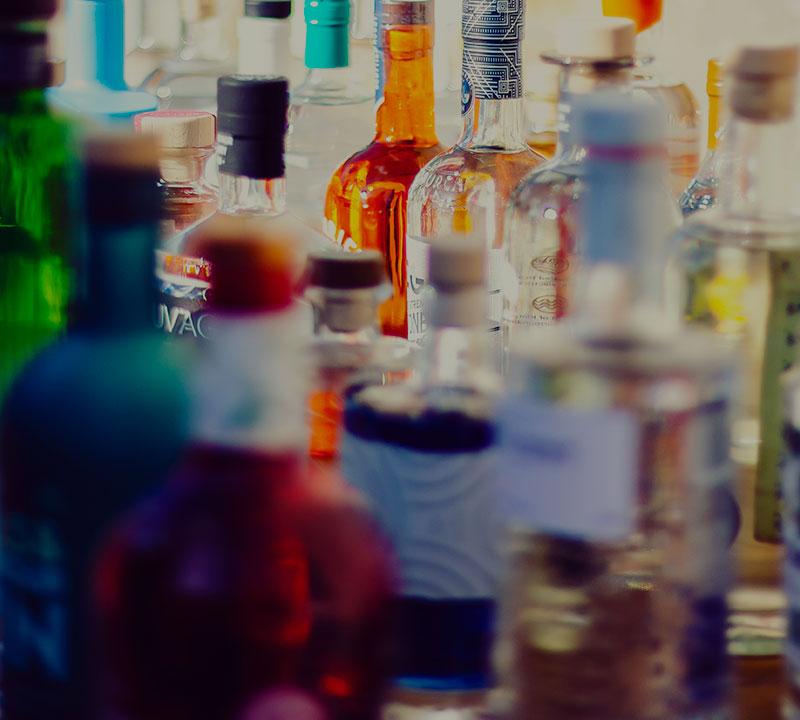 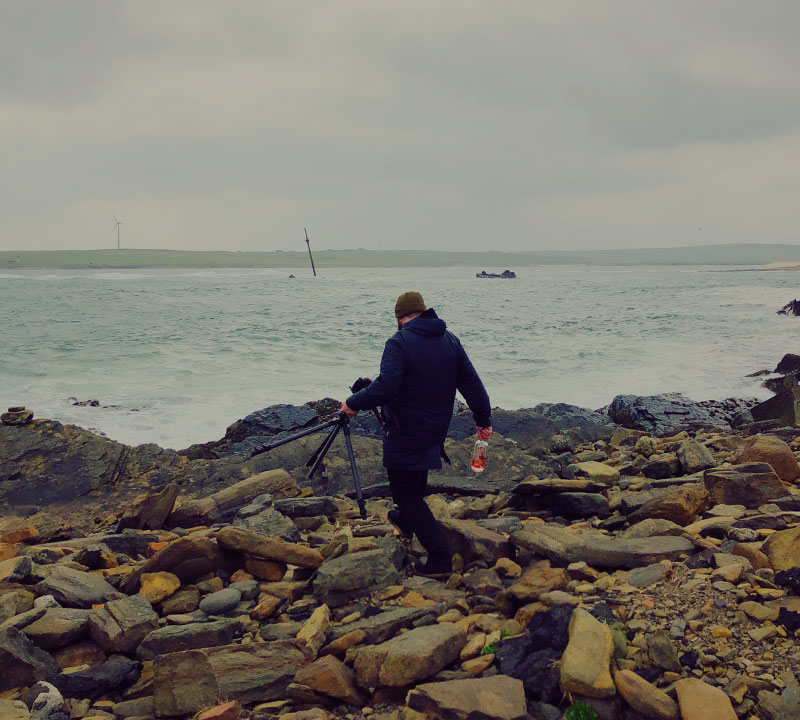