For many, creating a great Scottish Gin recipe means seeking the guidance of a trusted distiller to help with distillation while they build a brilliant Scottish Gin brand. For most, the last piece of the puzzle is to one day establish and open their own distillery. In ‘A New Chapter in Scottish Gin’, we meets Scotland’s gin brands who have recently opened their own distillery or are in the process of moving so we can learn more about what it means to them and their business. 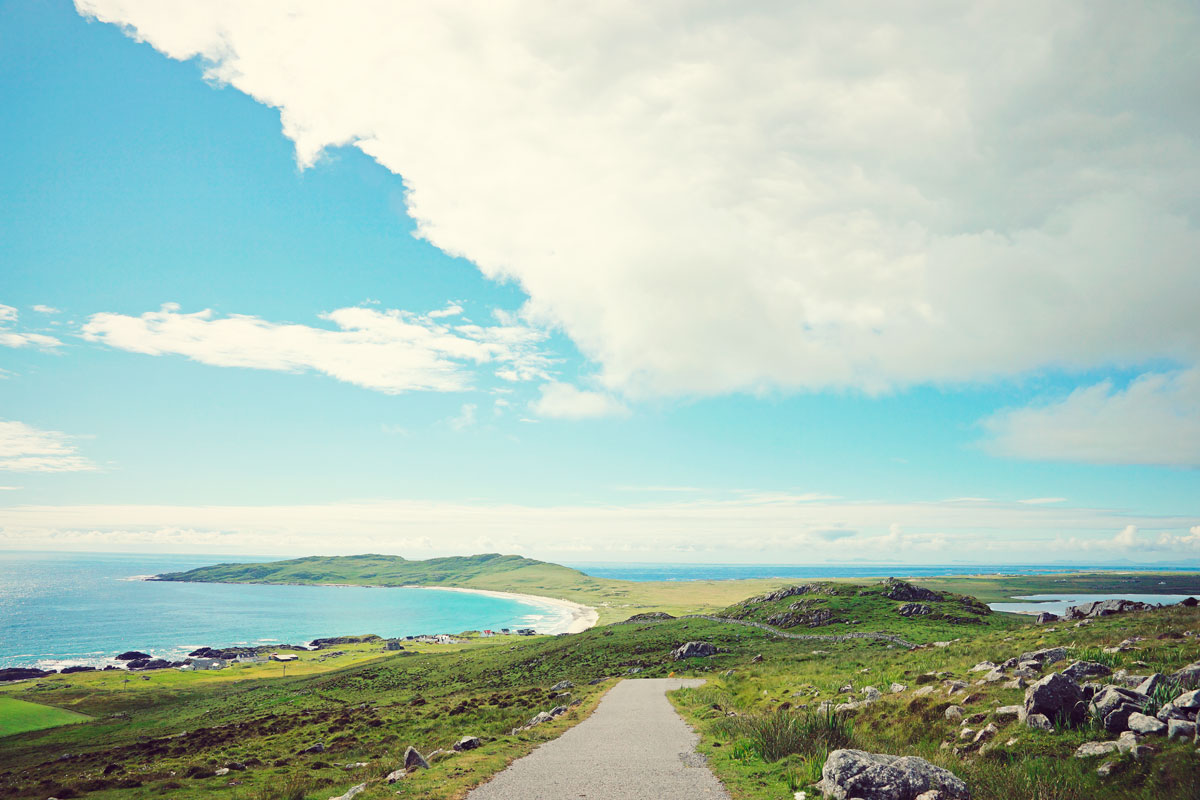 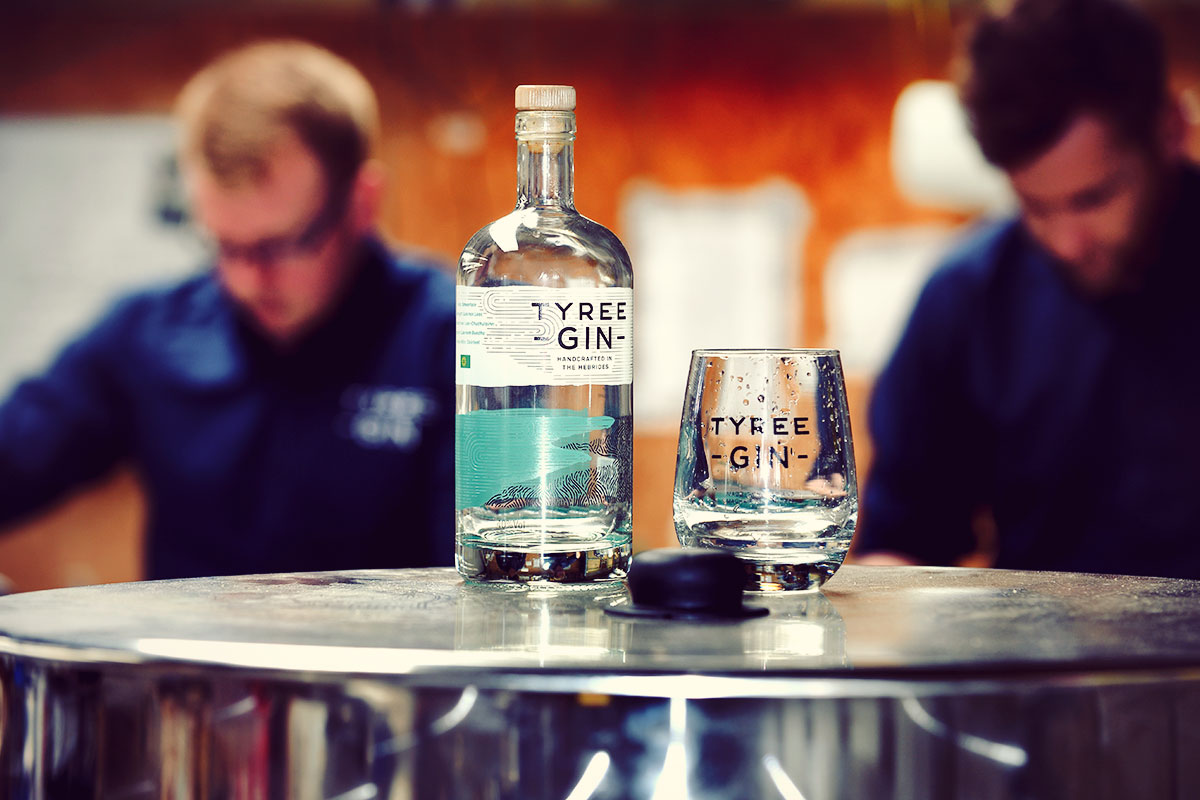 The island of Tiree, located on the west coast of Scotland in the Inner Hebrides is home to a population of around 650 residents. Alongside farming and crofting, fishing and tourism provide a source of employment. Like other Scottish island communities, starting up any business can provide its challenges when you throw in additional logistical challenges and costs. If its one thing we’ve learned about island life is that it takes a special kind of person to make an island based business work. The people we’ve met on our travels around Scotland’s gin producing islands have this special trait but the bucket loads. Determined, upbeat, friendly and full of optimism and fiercely proud of their island homes.

We recently caught up with Ian Smith, co-founder of the Tiree Whisky Company and producers of Tyree Gin. We learn more about the journey the business has been on from developing their first recipe to finally realising the dream of establishing the first distillery on the stunning island of Tiree in over 200 years. 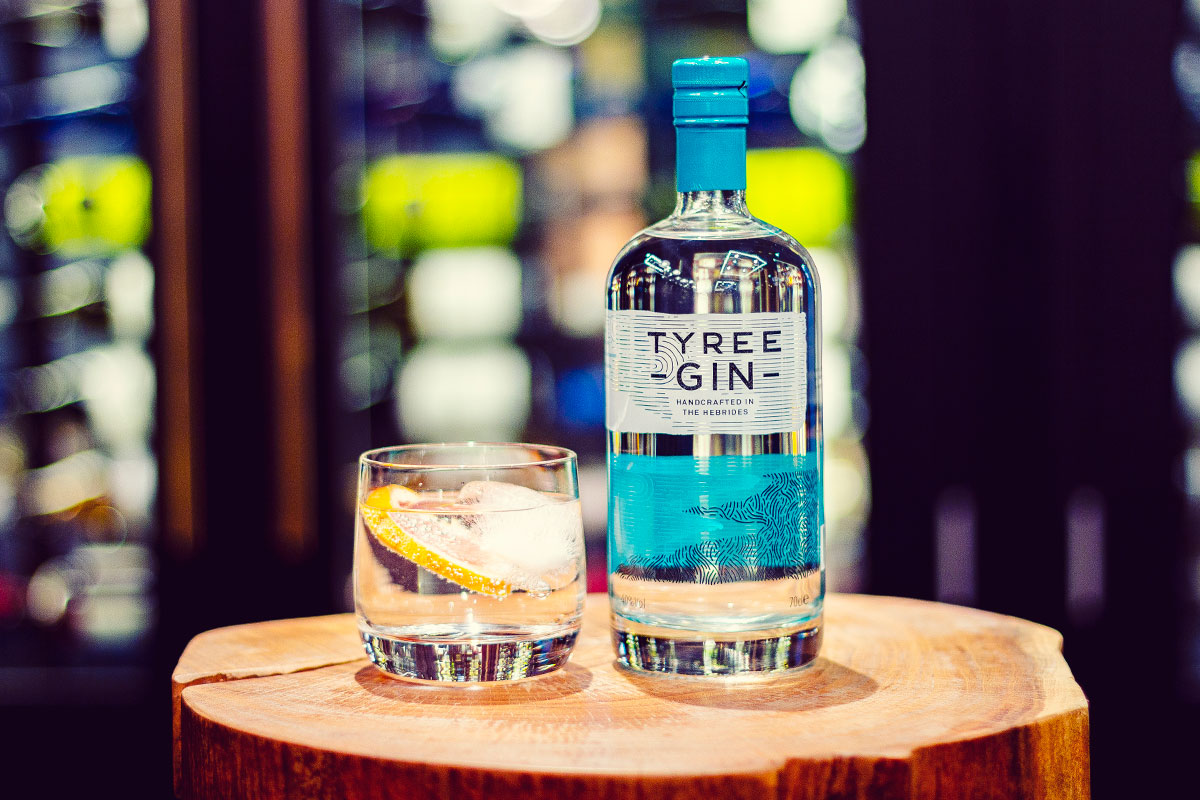 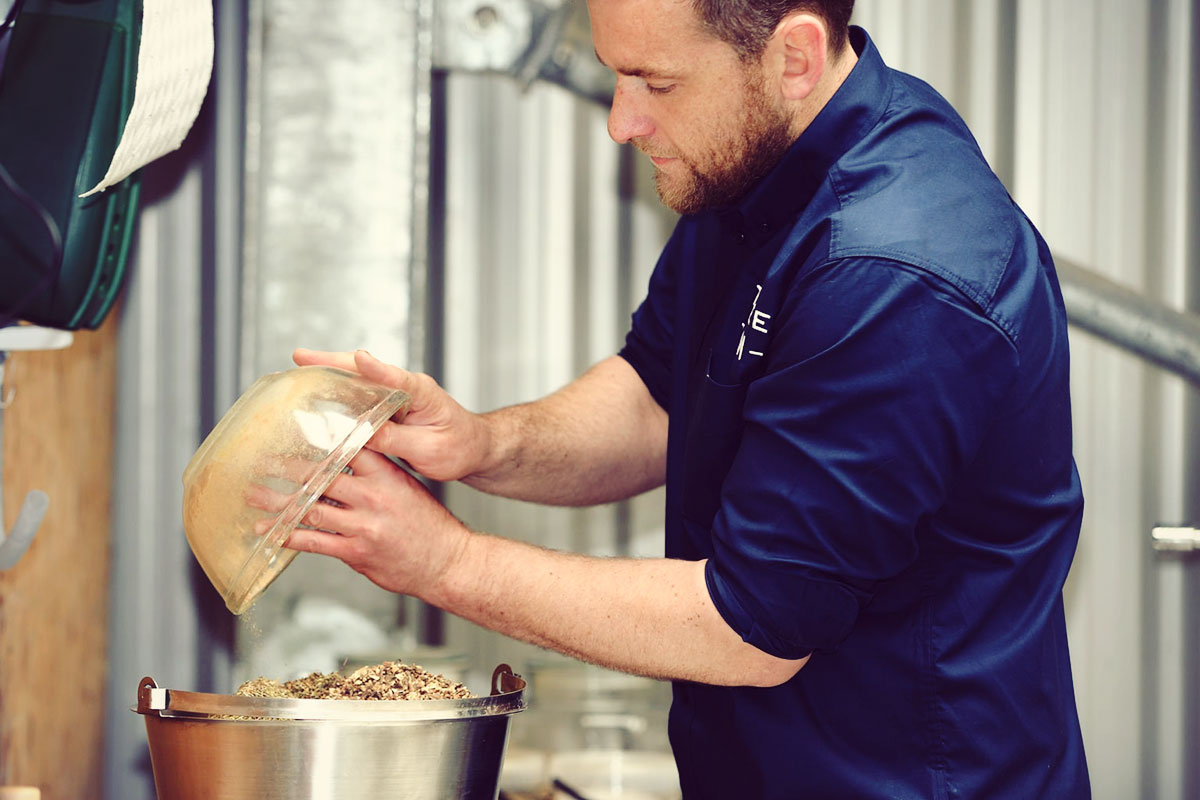 I have a very keen interest in local history and one thing that kept on popping up while doing various research projects on aspects of Tiree’s history was the amount of distillers that operated on the island between the 18th and 19th Centuries (both legally and illicitly!).

Along with this historical knowledge, my business partner, Alain, is a local crofter and he and his family had a knowledge of various botanicals available on the island’s machair ground.

We formed Tiree Whisky Company to preserve and promote the island’s distilling heritage and from that moment on, we began researching the possibility of releasing a local gin. We were put in touch with Thames Distillers Ltd in London and arranged a meeting to provide them with some local Tiree botanicals and kelp.

They produced a sample gin using the botanicals we’d sourced and after a couple of tweaks, we finalised the recipe. We then officially launched at Tiree Music Festival 2017.

Having the gin produced elsewhere but using local ingredients helped fund the renovation of an industrial shed in West Hynish in the southwest of the island and in February 2019,  after a break of 217 years, Tiree was once again home to an operational distillery.

Our distillery has now been operational for just over a year and continues to go from strength to strength. We had hoped to open to the public and offer tours this year but this has been put on hold for now, like everything else! We feel as though the island’s distilling history isn’t widely known about so this heritage will be an important part of our tours and we are looking forward to sharing this story with locals and visitors to the island once things return to some kind of normal.

We are also very close to releasing a second product, which we have been developing behind the scenes. Watch this space! 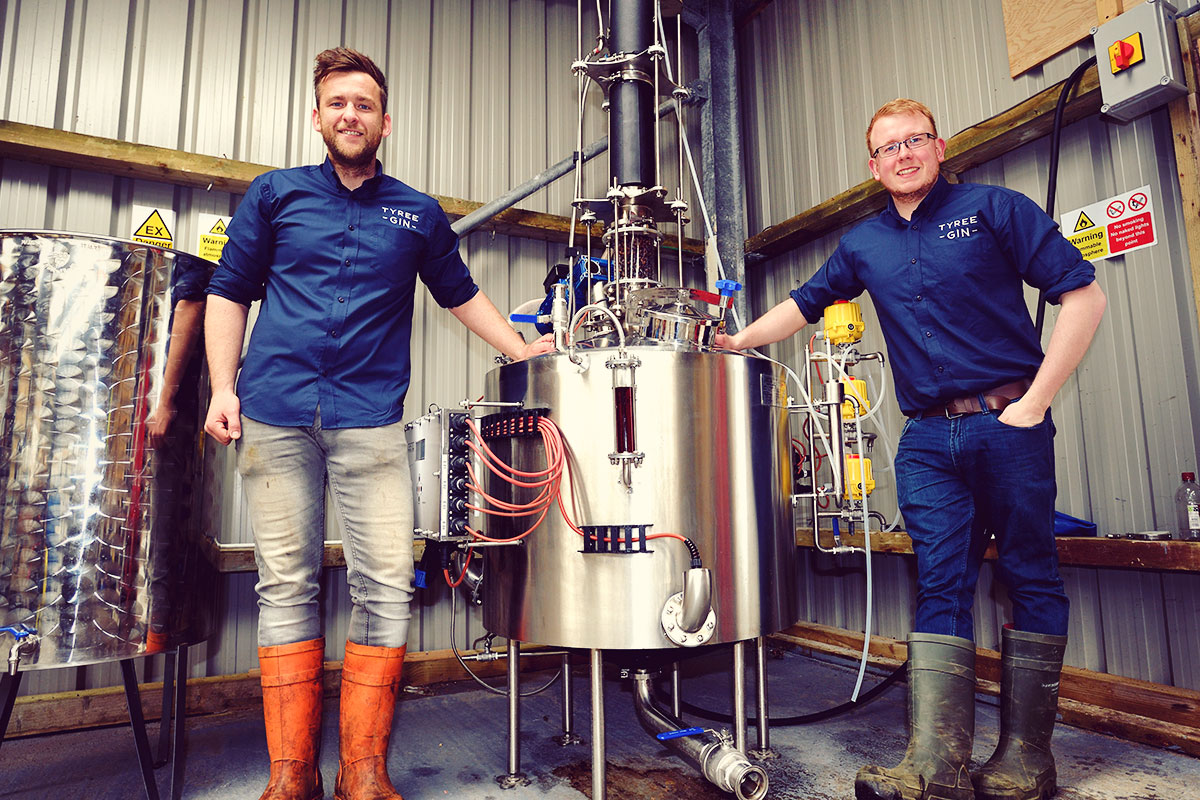 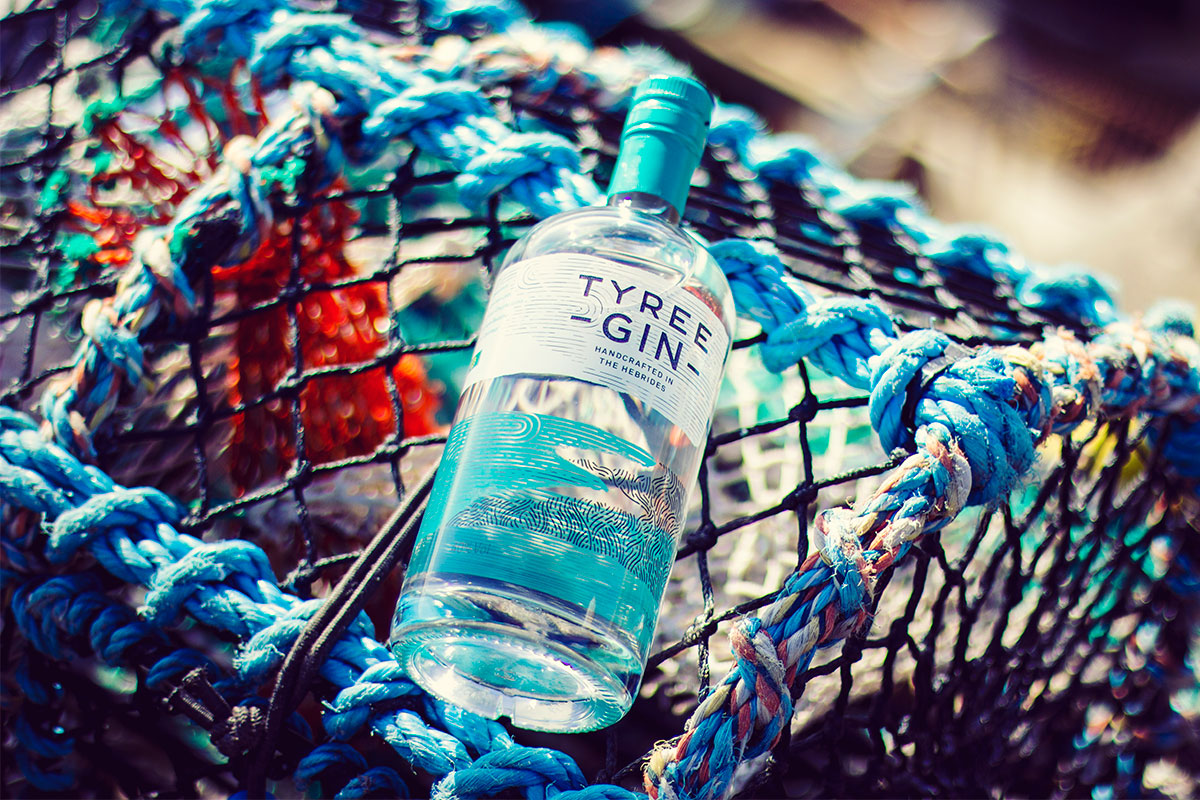 We’ve had a number of obstacles to overcome over the years, in particular when it came to establishing the distillery on the island. As mentioned, our distillery is based in West Hynish in Tiree, which is one of the most remote corners of the island (on an already remote island!).

We have no access to three phase power so our still had to be adapted accordingly. We also had to pay for the installation of a new electricity connection to allow us to utilise the power capabilities of the equipment, an additional cost that we hadn’t planned for.

As well as this, Tiree’s water is amongst the hardest in the UK, with a large amount of solids contained in it. Production water was up to 500ppm so we had to invest in various filters for use in our production process.

The main difficulties have been connected with the remoteness of our distillery and the options available to us in such a remote location. Thankfully things are now going to plan!

We are very proud to have achieved one of our goals of establishing a distillery in Tiree, the first since 1801. On an island with a fragile economy, it is a great feeling to revive an industry that has been dormant for such a long time.

Our main goal is to once again produce whisky in Tiree and with this we hope to provide local employment opportunities as well as spreading the story of the island far and wide. 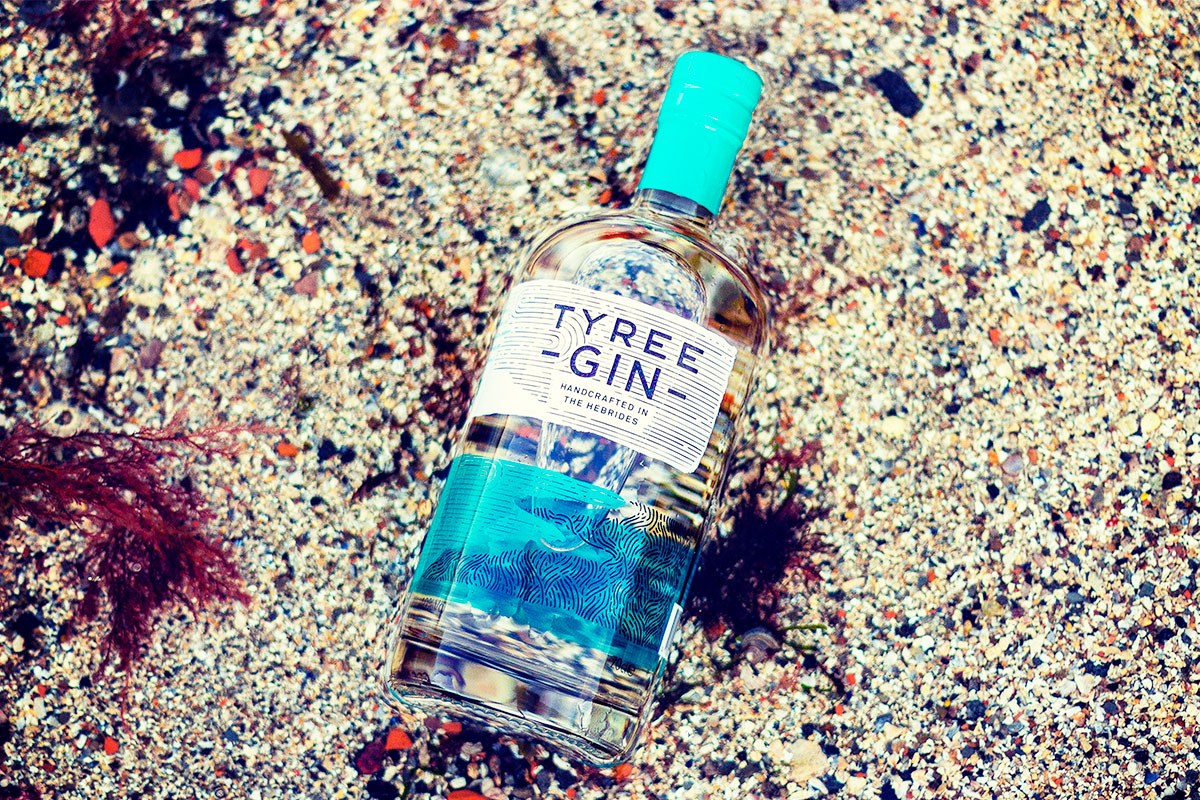 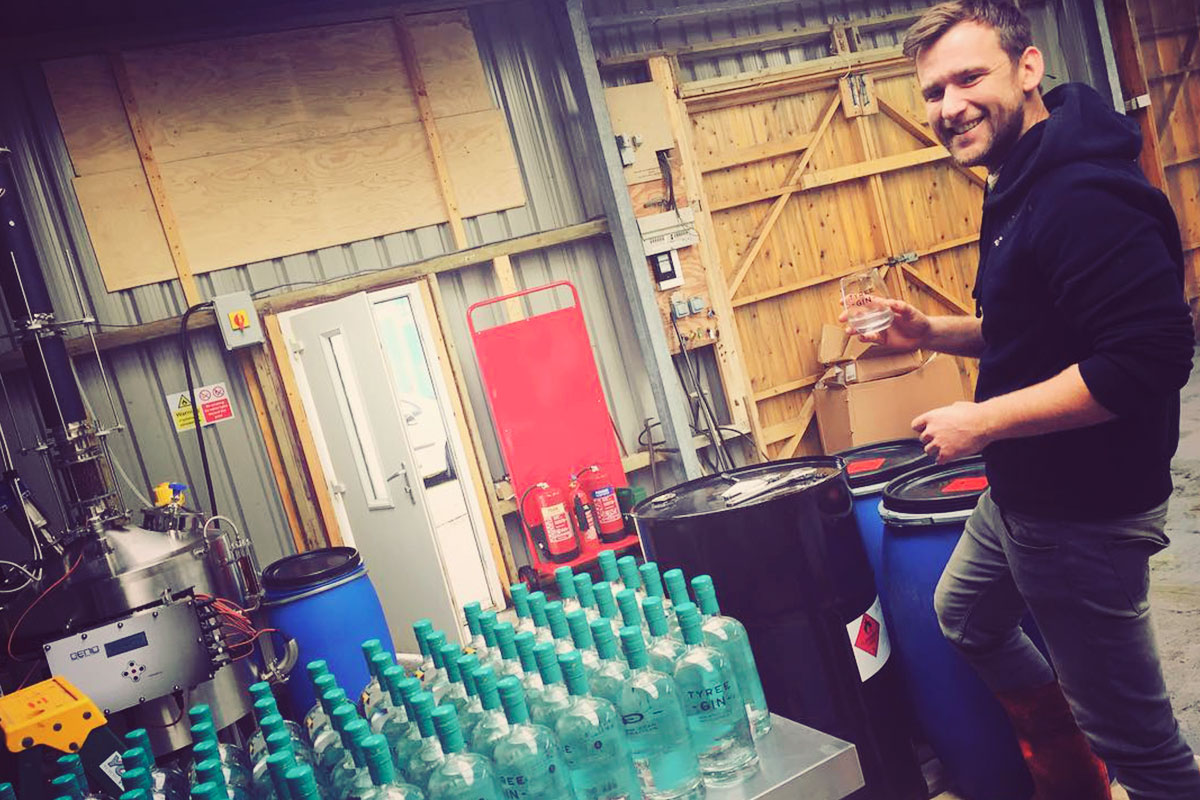 Our plan from the outset was always to move production to Tiree. We didn’t have the investment required to establish this from the outset so having our gin contract distilled initially allowed this move.

In 2017, my father passed away. He was a local building contractor and after his death, his workshop was not being used. My mother gave us permission to use the workshop as a distillery so after some small alterations, as well as the various planning/licensing requirements, we had a premises in which to install our still.

Will this move effect your gin?

The taste of our gin has been affected but we are now very happy with our product and feel as though the added provenance of distilling locally is very beneficial to this. 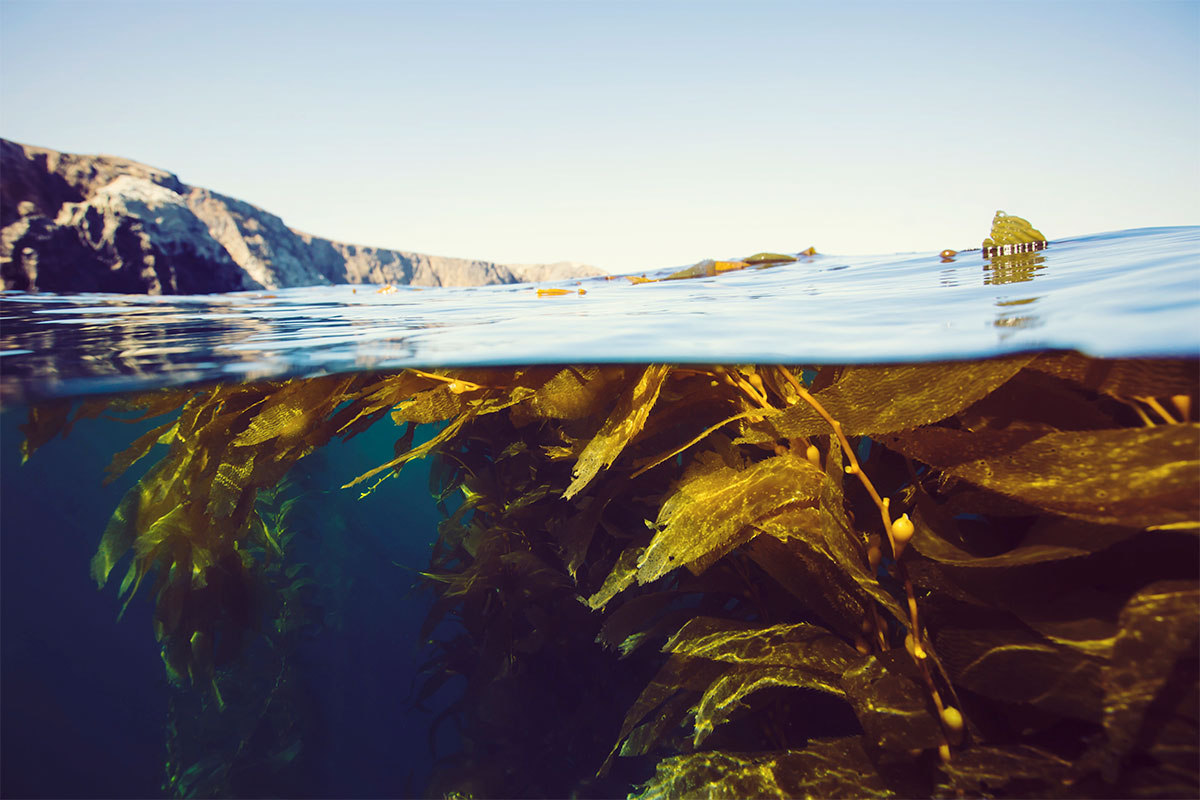 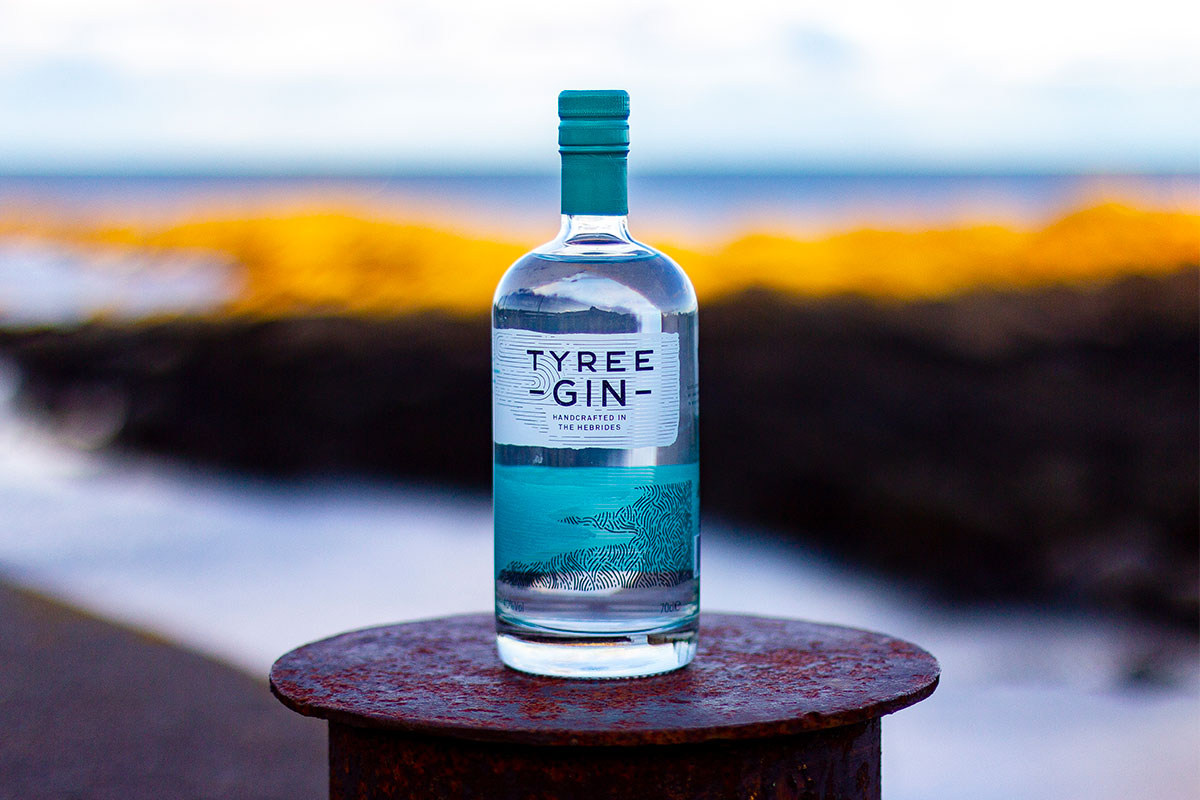 What does the short and long term future look like for Tyree Gin?

Both our short and long term future is looking bright. With plans to open our distillery to the public, albeit later this year or early next, alongside the release of our second product, we believe the short and long term future of Tyree Gin looks good. We are always working behind the scenes on our goal of bringing back whisky production to the island and we hope that this will contribute to our growth in the long term.

Gin hasn’t historically been perceived as a Scottish product so it is fantastic to see progressive Scottish distilling and inquisition lead to it becoming popular throughout the world. New Scottish gin distilleries are popping up all of the time with local variations, ingredients or techniques making each and every one unique, just like Scotch whisky distilleries, which are all different. If things continue as they are, then we believe that Scottish Gin will continue to thrive.

You can learn more about Tyree Gin here. 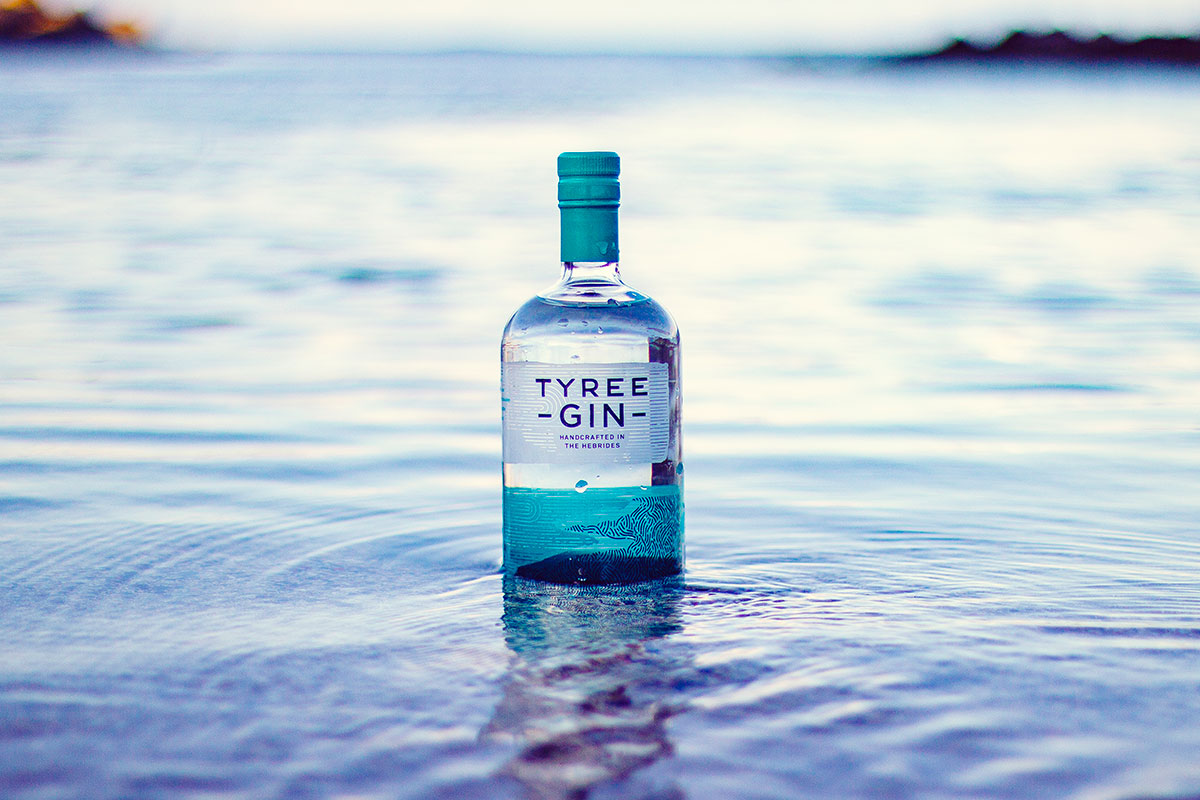 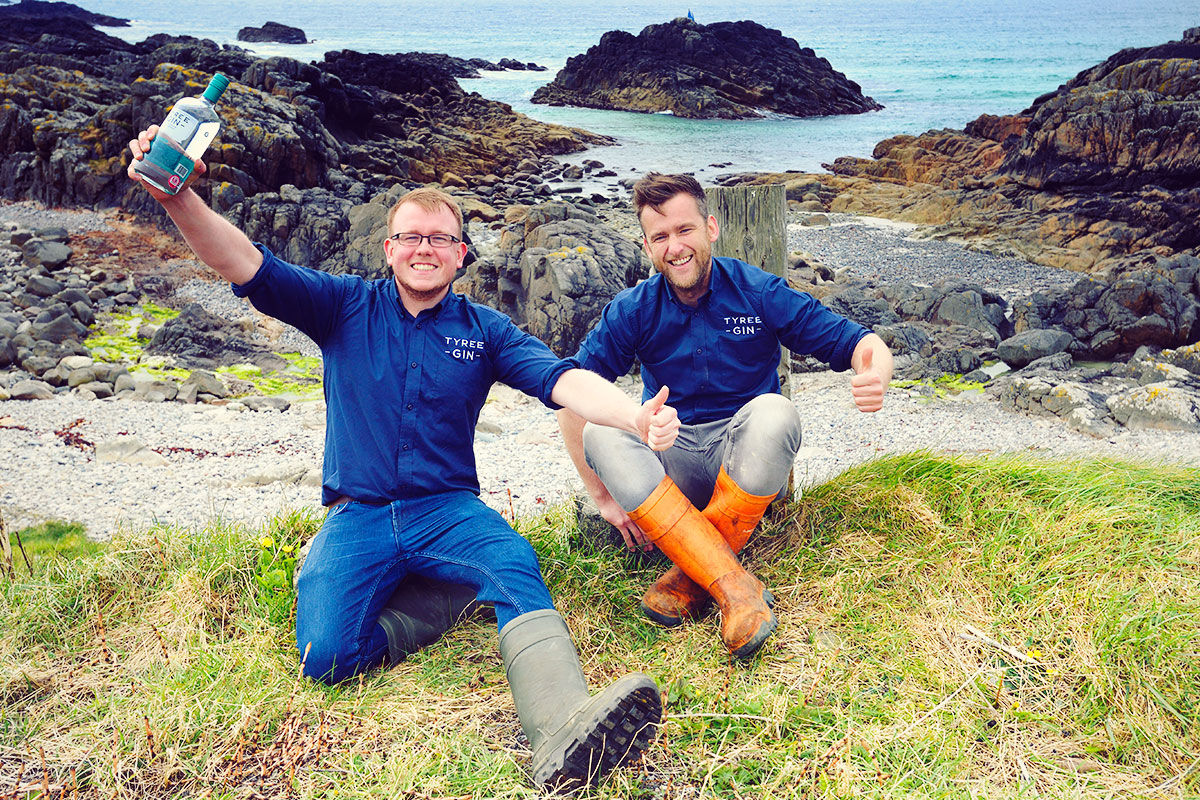 You can learn more about Tyree Gin by clicking the links below. 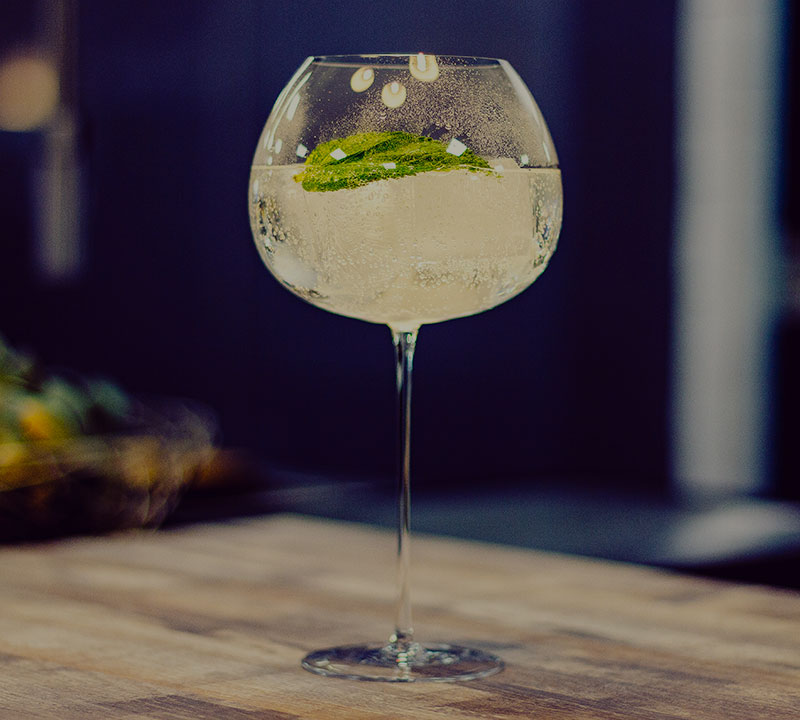