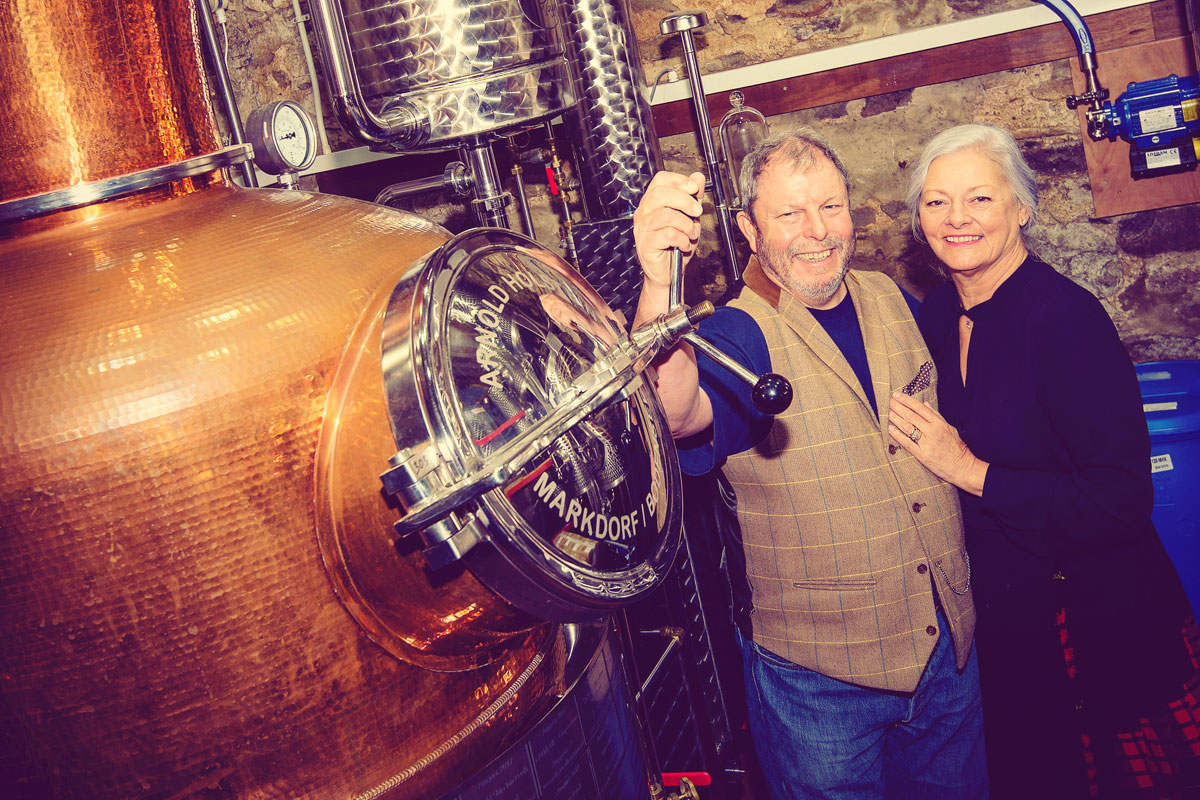 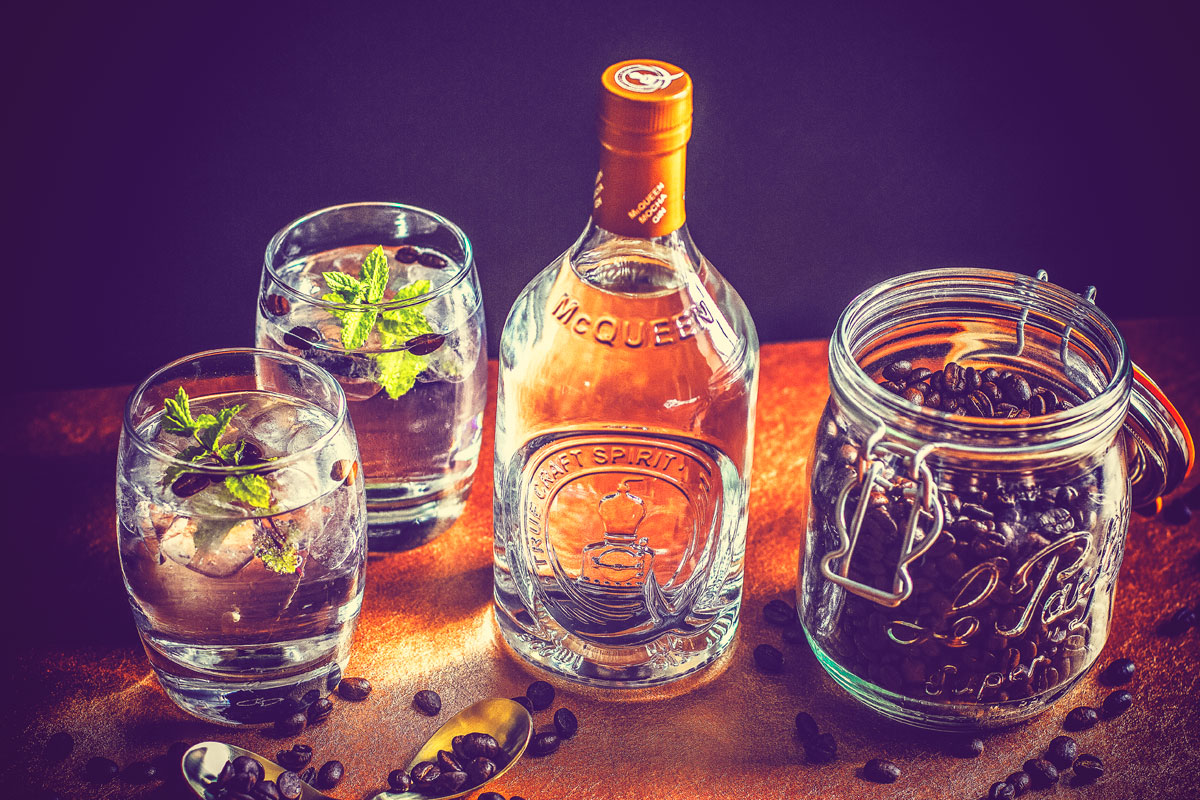 We visited Dale, Vicky and their small team in June 2018 to learn more about their backgrounds, their gin journey and their plans for the future. Dale explained his process for creating gins that used real, raw botanicals to create real, natural flavours. Especially as some of the flavour profiles and botanicals were difficult to get right due to the distillation process. How do you get a Smokey Chilli flavour? Spiced Chocolate Orange? Chocolate Mint?

Some distilleries might opt to use bought-in pre-made flavoured syrups, a cheaper and quicker route. Dale and Vicky decided to do things the right way. Carefully distilling their botanicals and key ingredients, experimenting, refining and refining more. Using their background in software and data they used the feedback from 3,000 tasters and 100 potential recipes. The final flavour profiles were tweaked and refined until the they were left with the core range of McQueen Gin expressions. 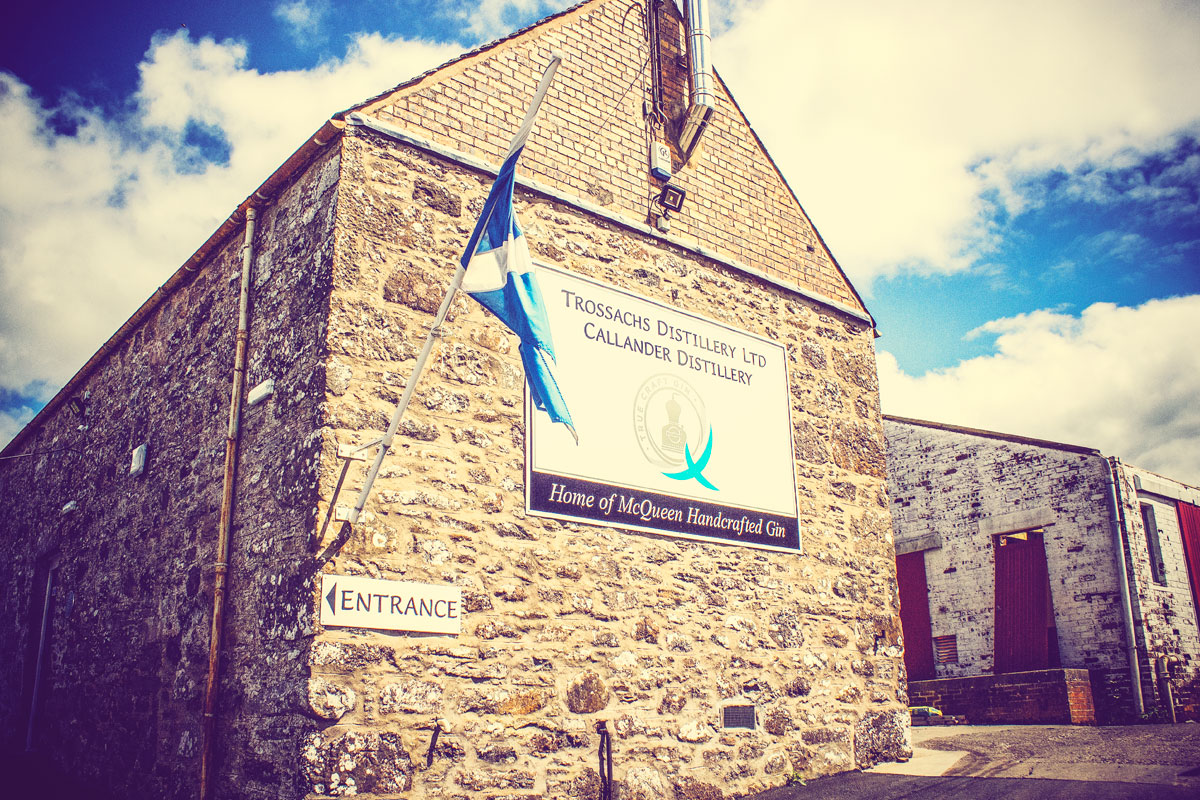 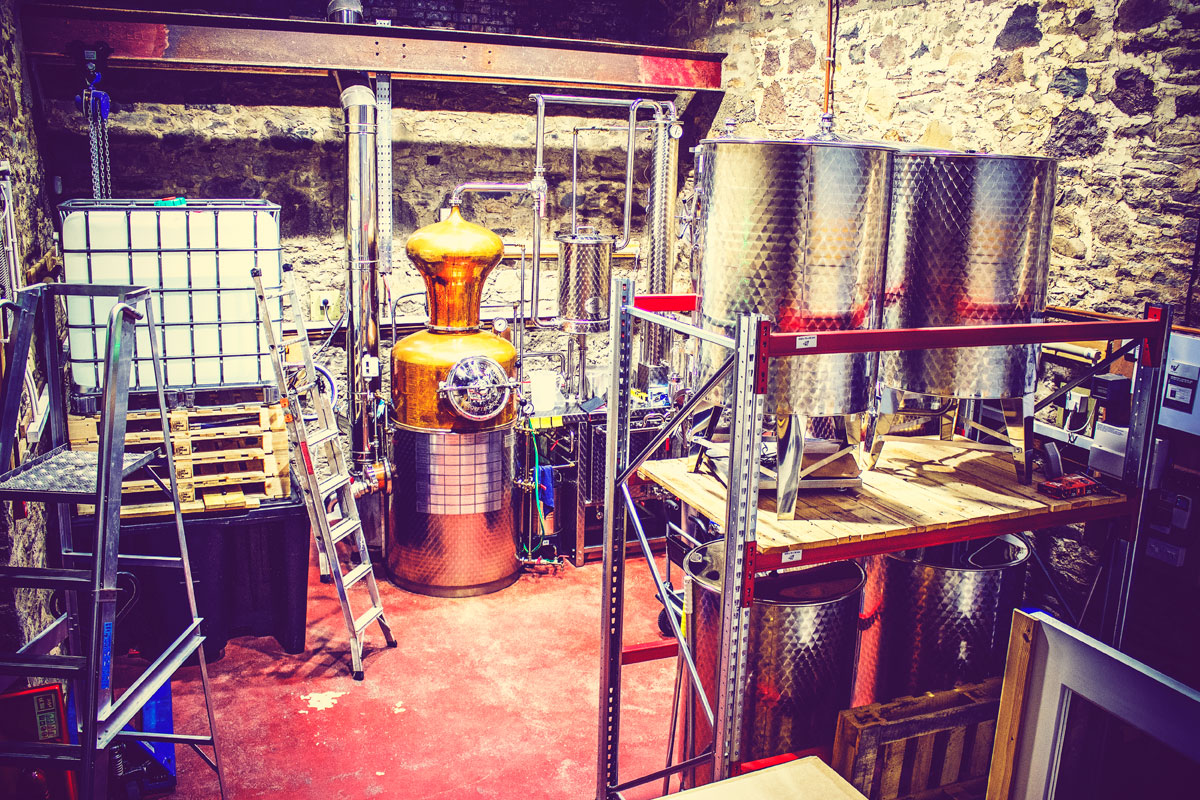 During our visit, Dale showed us around the existing distillery and showed us the former cattle shed, which apart from four walls and no roof and a cement floor featuring troughs for milking, looked like anything other than a distillery. Dale and Vicky explained they were about to make a start on what would become the new home to McQueen Gin. The new distillery would mean they could keep up with demand and also help them increase the number of bottles they could produce. Dale was also very happy to show us around where his new office would be and point out where the stills would be, bottling, storage and more. It was a grand vision but one Dale underpinned with “we will always make our gin the McQueen way: with passion, honesty and integrity.”

Well, on Monday the 13th of May 2019, we were humbled to join Dale, Vicky, their family and their team, which now consists of over 10 members of staff along with other guests, to witness the opening of the new McQueen Distillery, which is housed in the Robert McQueen building, named in memory of Dale’s father who had sadly passed away earlier in the year. 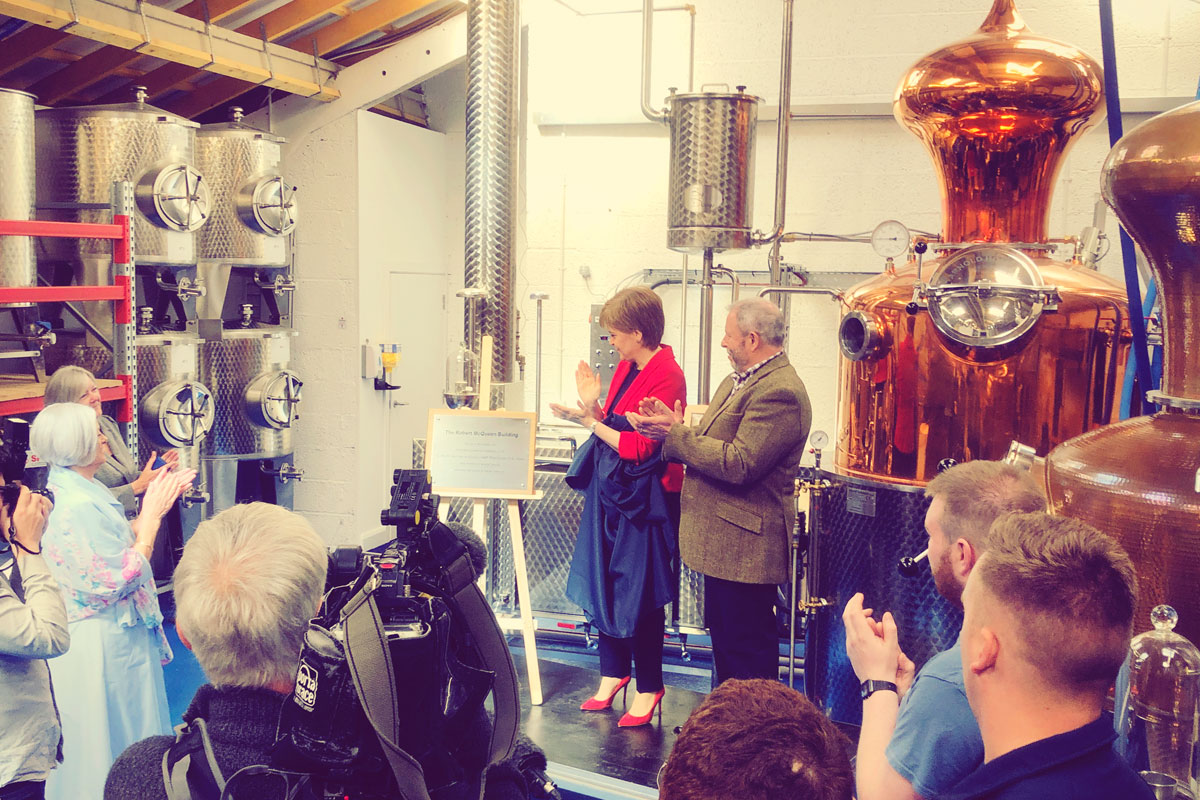 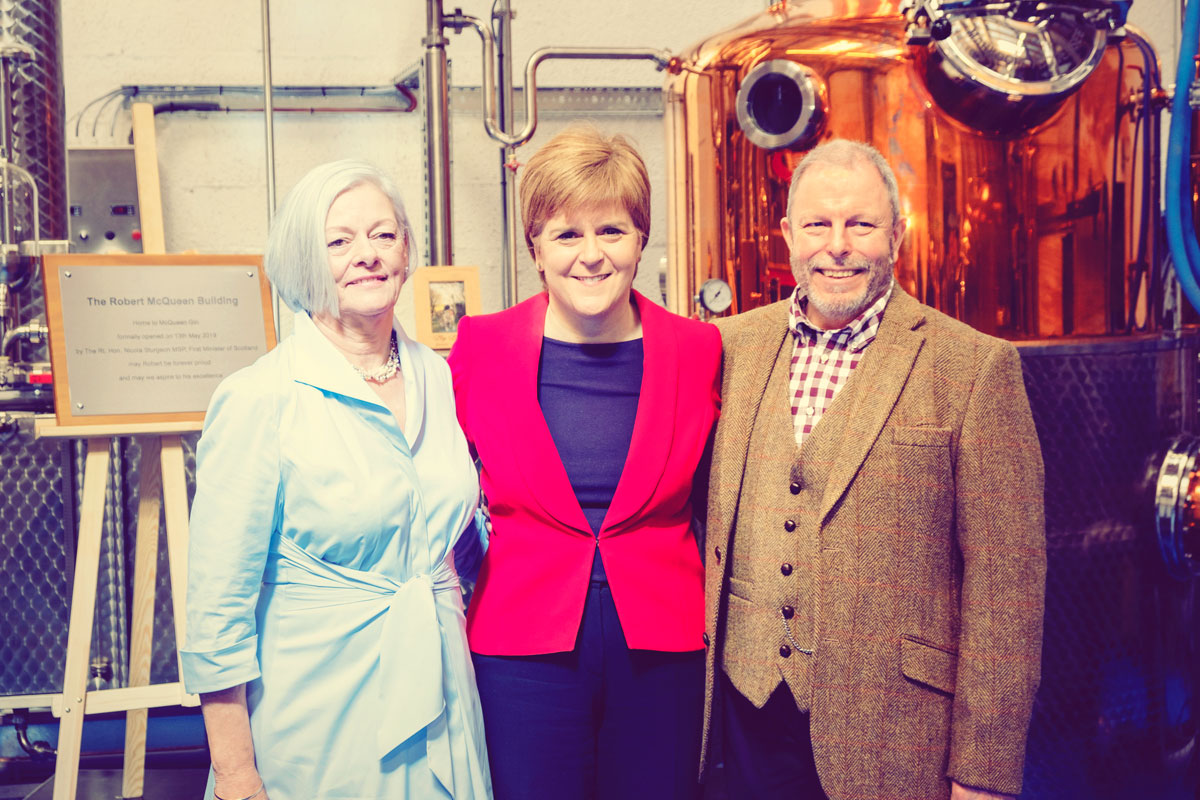 The distillery was officially opened by the First Minister of Scotland, Nicola Sturgeon, who commented:

“The impressive growth of McQueen Gin proves that it is possible with the right idea, product and people to go from a small start-up business to exporting around the world in a relatively short period of time – and that being rural-based provides no barrier to international success.

“I am pleased that Scottish Enterprise has been able to help the company’s ambition by providing support and expertise in their growth.  We want to be ambitious for Scotland and encourage private sector investment in a range of key markets, including food and drink.

“The formal opening of the new distillery is an opportunity to recognise the vision of the co-owners and the hard-work and dedication of the staff, and I look forward to seeing greater success as McQueen expands into markets around the world.”

Dale McQueen mentioned that the strategy to grow McQueen Gin had been strongly supported by the Scottish Government through Scottish Enterprise (SE) and also McQueen Gin’s relationship with retailer Aldi and a number of Aldi only expressions and limited gin releases. 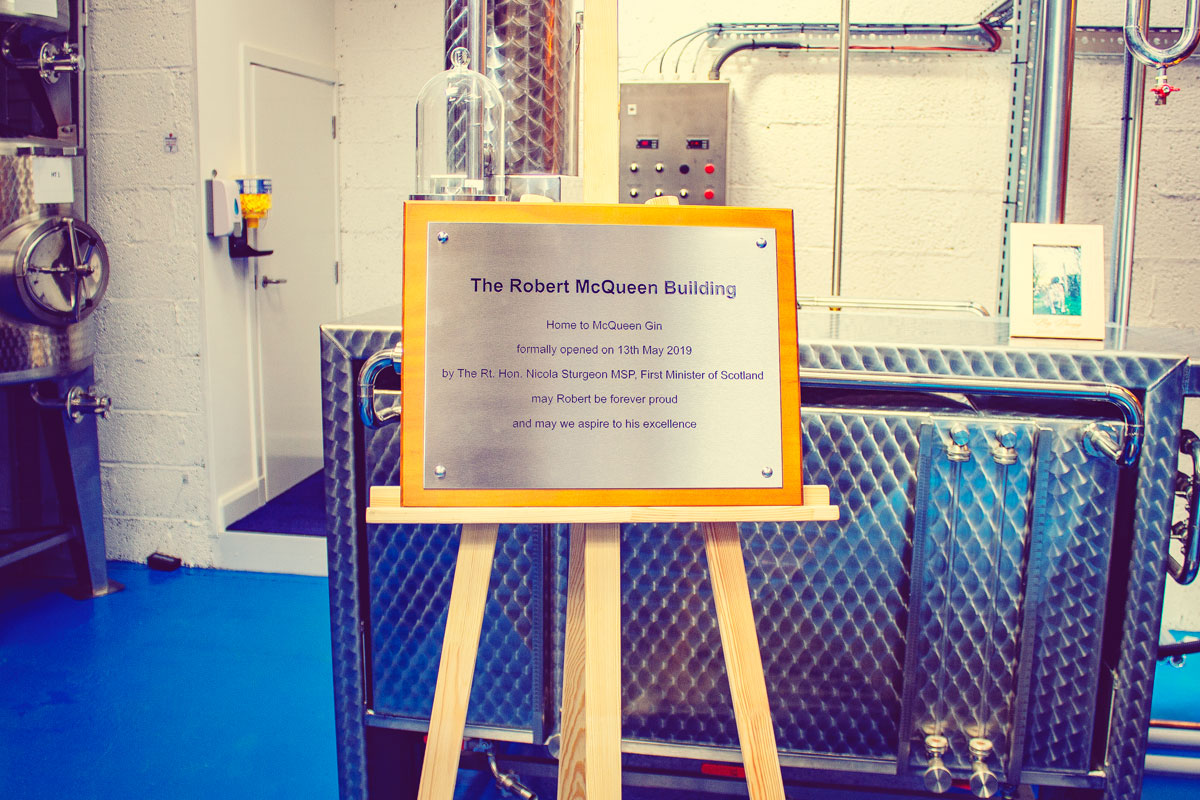 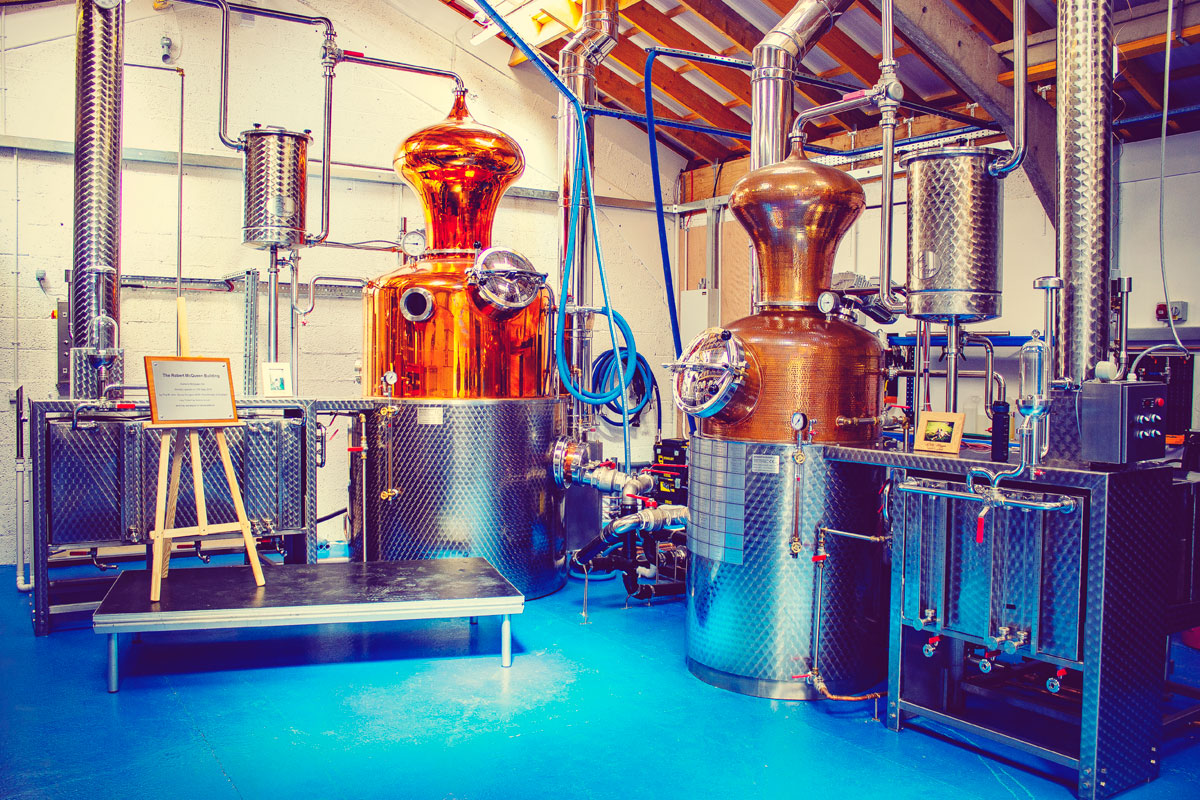 We knew from visiting Dale and Vicky in 2018 that although they had big dreams for their distillery and business they weren’t afraid to follow their own path. This is pretty evident in their core gin expressions and their entrepreneurial spirit. They aren’t afraid of a challenge and they aren’t afraid to challenge the expected either.

What the McQueen Gin team have created in just a little under a year is a great example of just how powerful and in demand Scottish Gin is. Although as a business Dale and Vicky have achieved a lot since they launched their business, they’ve also kept their feet firmly on the ground, it’s one of the things we’ve come to know about them as people. Dale is still known as Papa Gin to his grand kids and even on the day the new distillery was opened, Vicky was getting ready for a 2.30pm group of visitors and a tour around the distillery. 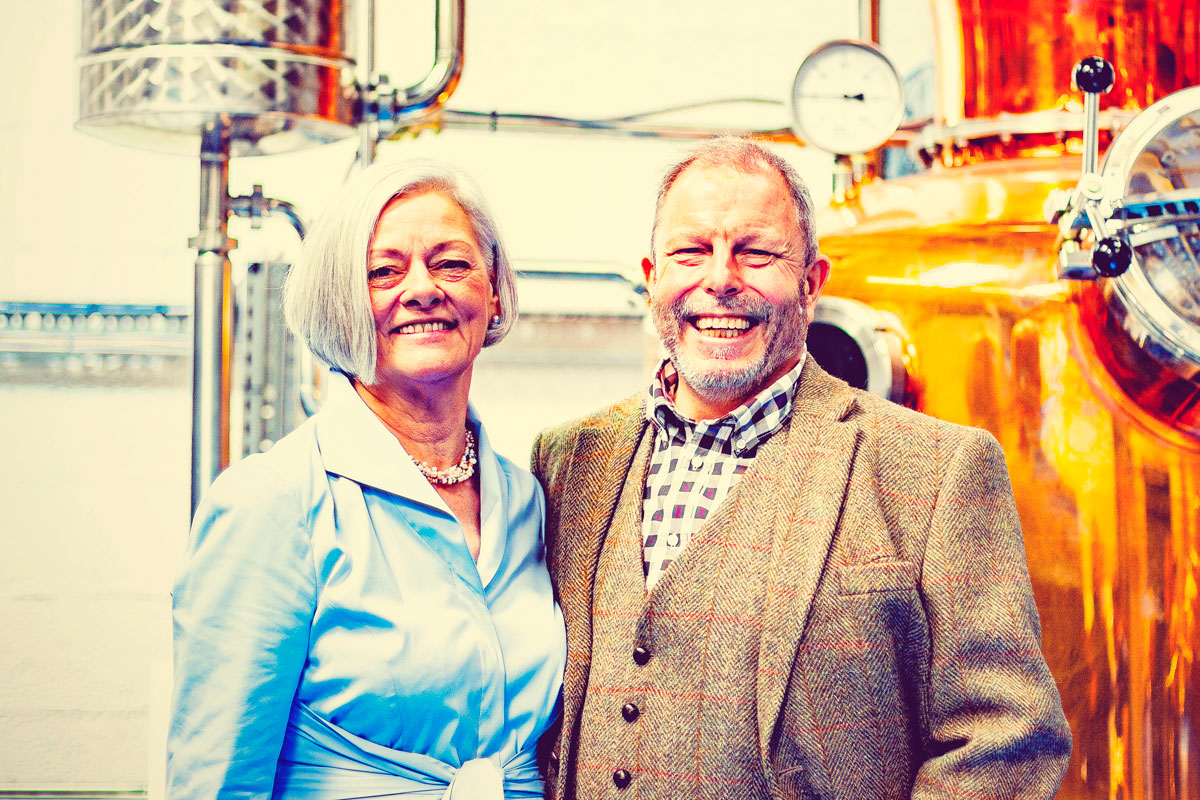 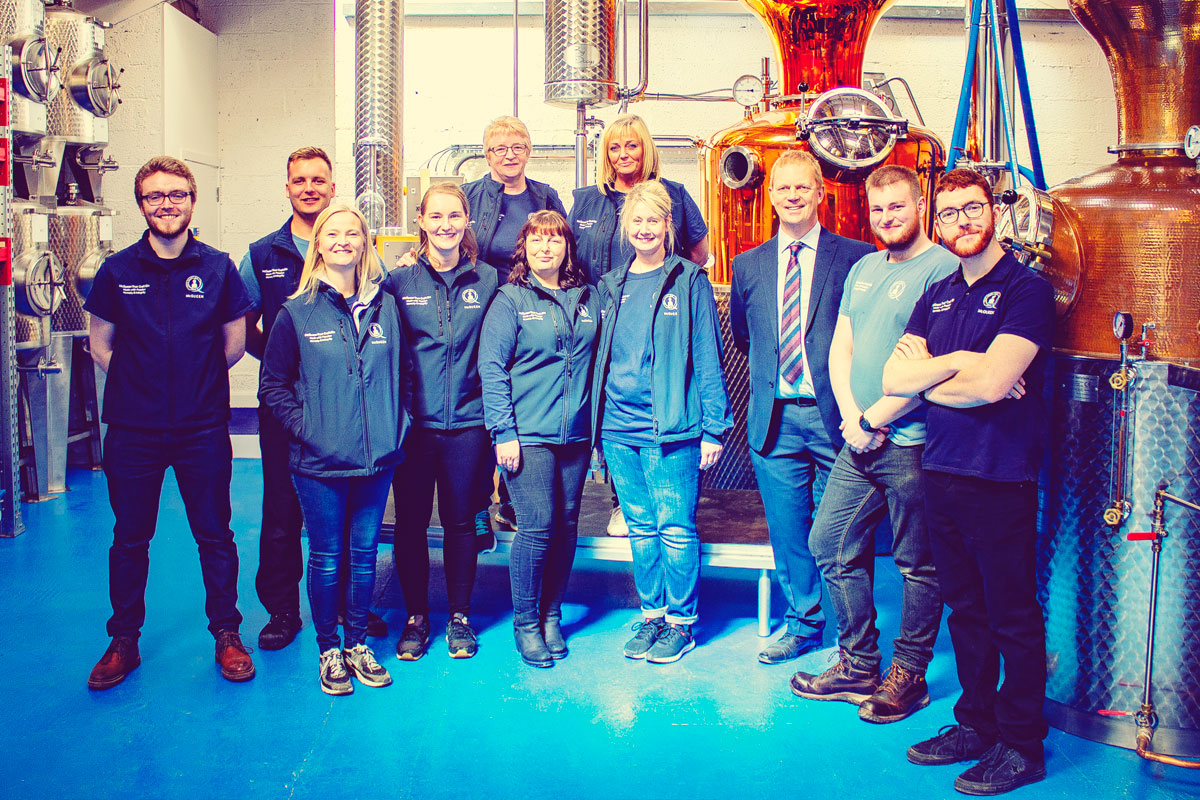 Vicky also mentioned the work they do in supporting local charity It’s Good 2 Give and their Ripple Retreat, a purpose built retreat in the local area where young people with cancer and their families can spend time recharging their batteries away from the day to day challenges of fighting cancer. Vicky mentioned “it’s important to give something back to the local area and community, especially when it’s a charity that close to our hearts and does so much great work”. 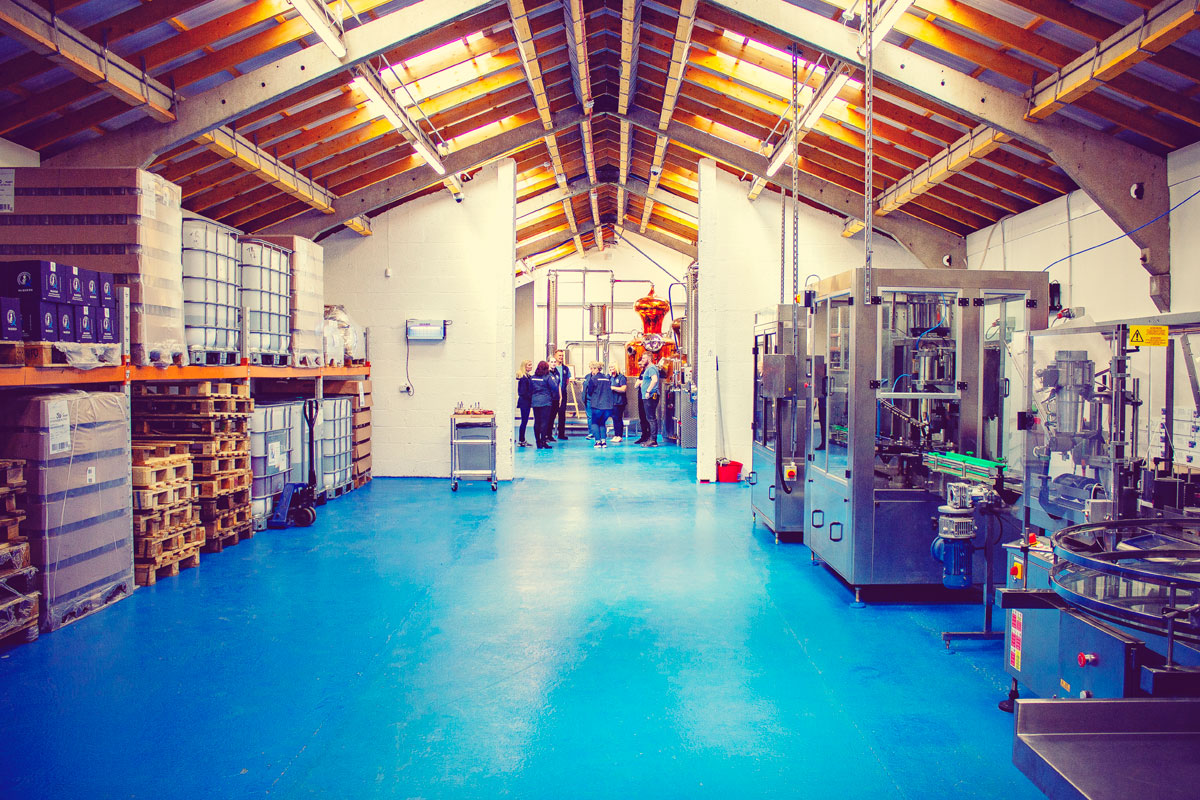 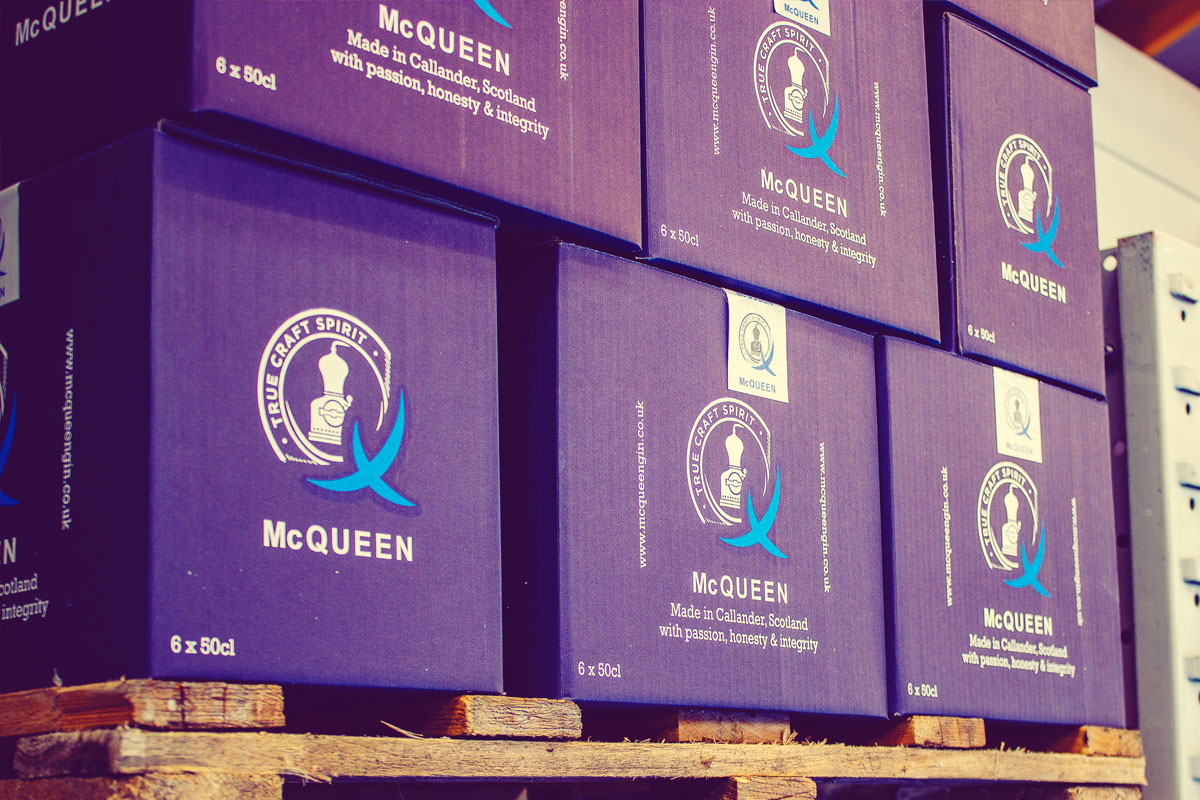 With the new distillery costing an estimated £750,000, the new 6,200ft² distillery will help Dale, Vicky and the team increase their production capacity by over 1000%. The business has achieved year-on-year growth in revenue of over 300% since they initially launched the business in 2015 and they’ve created employment opportunities in the area. With their new capacity, Dale and Vicky will look at new international markets, something that will help McQueen Gin grow their own brand but also help new markets discover Scottish Gin. It’s been inspiring to see that even with all the success, which has been hard earned through late nights, early mornings and lots of graft that Dale, Vicky and McQueen Gin are still true to their original goals of producing Scottish Gins the McQueen way: with passion, honesty and integrity… the next chapter in the McQueen Gin story is destined to be brilliant.

You can learn more about McQueen Gin here. 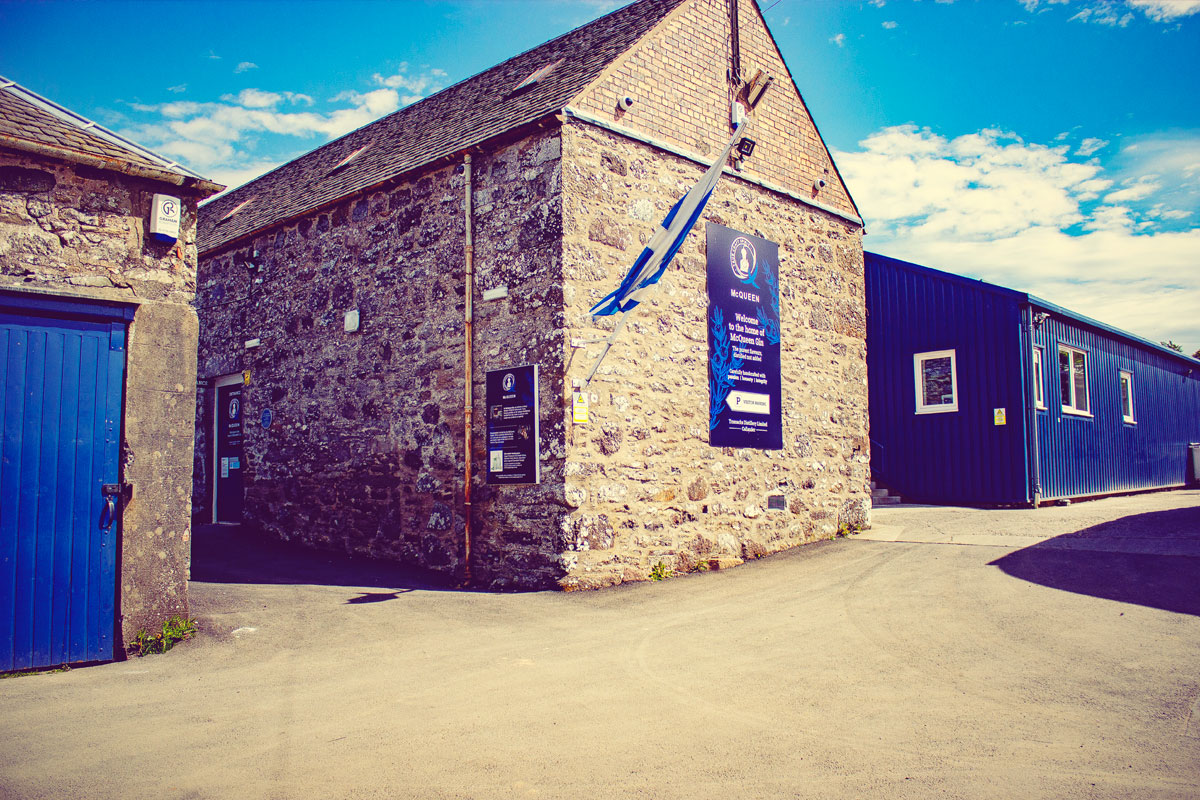 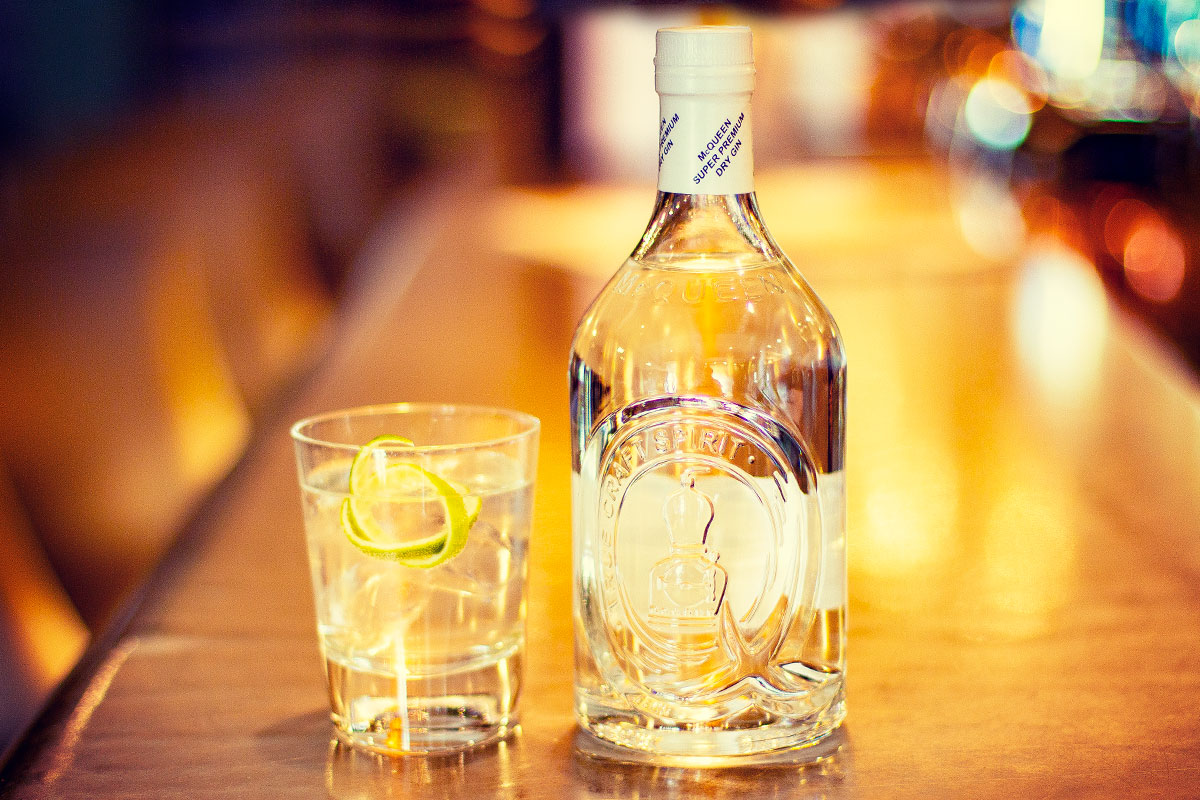 You can learn more about McQueen Gin by visiting the link below. 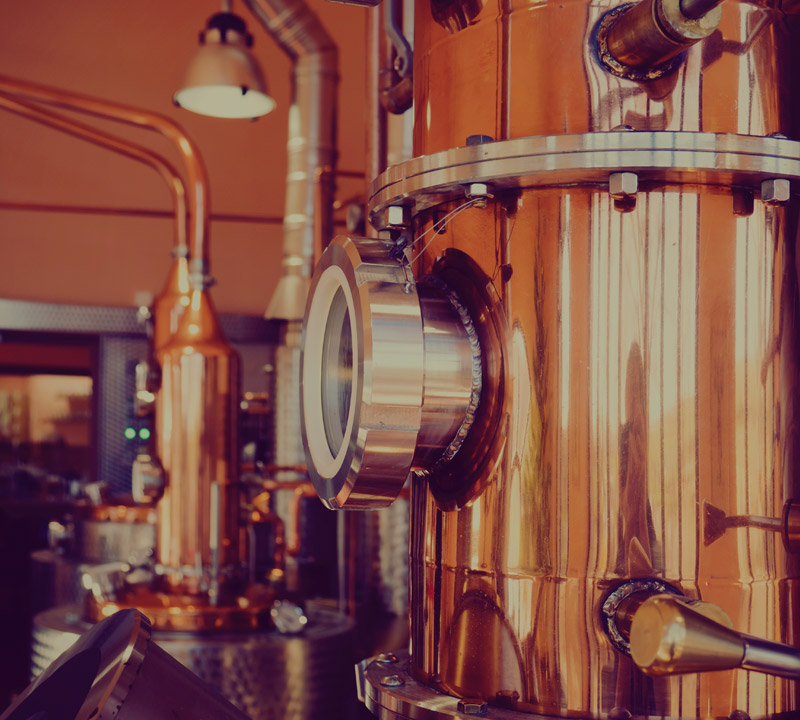 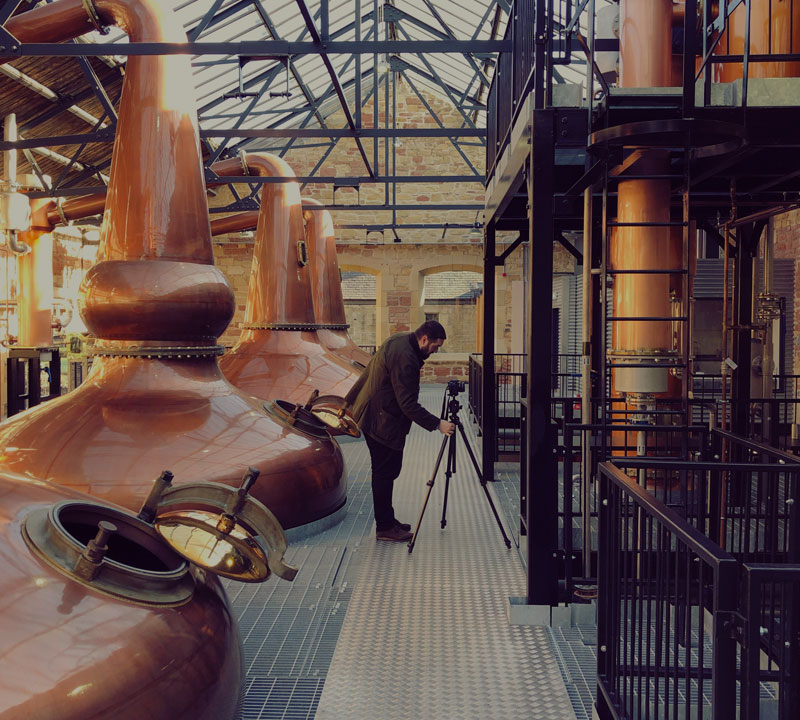