In our latest A Gin is Born, we chat with Darran Edmond, founder and distiller at Illicit Spirits Distillery. Working from an urban distillery based in Glasgow, Darran launched his own Illicit Gin in early 2018 and has continued to add to his range of Illicit Spirits expressions including gins and more recently rum. 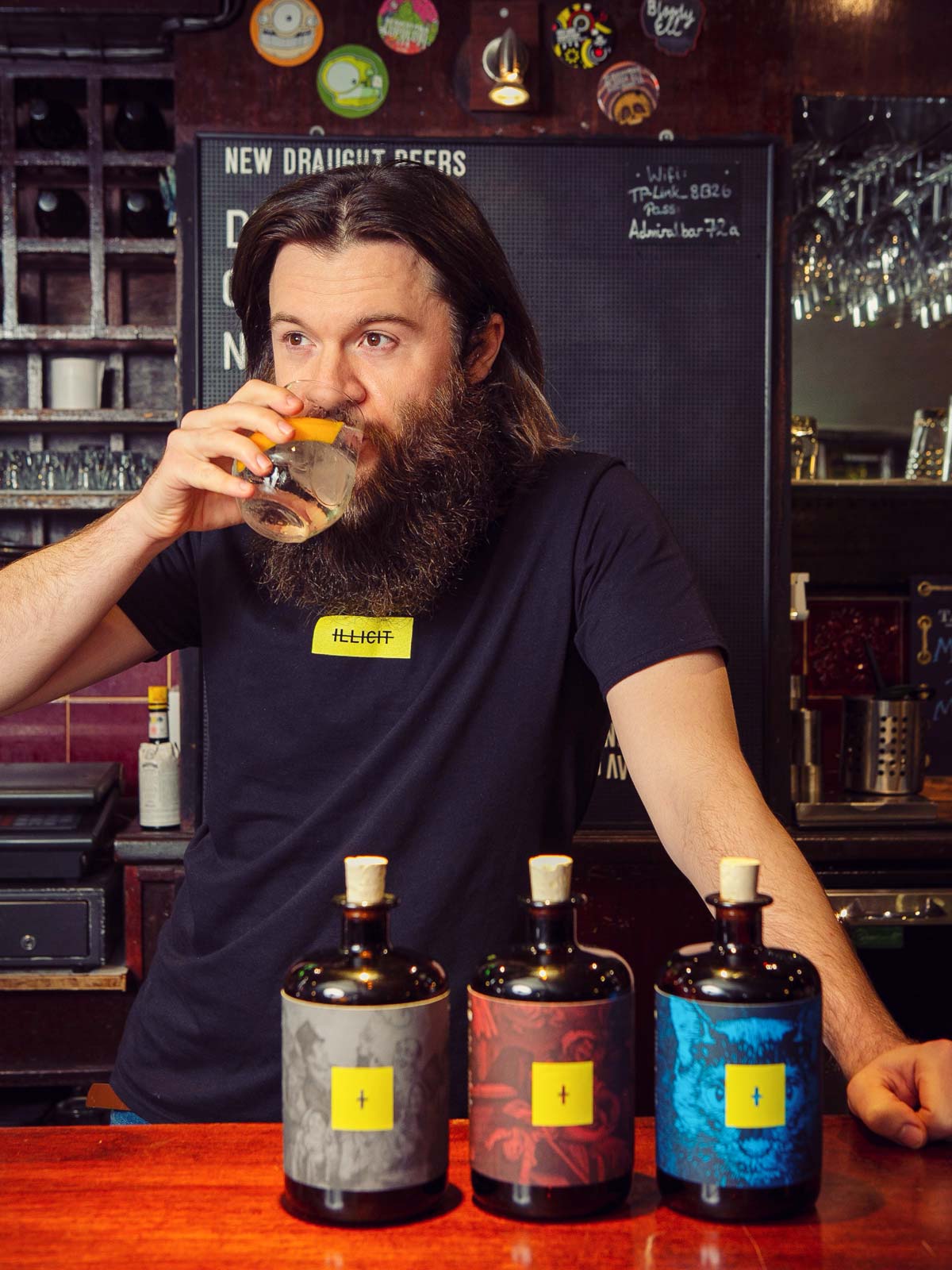 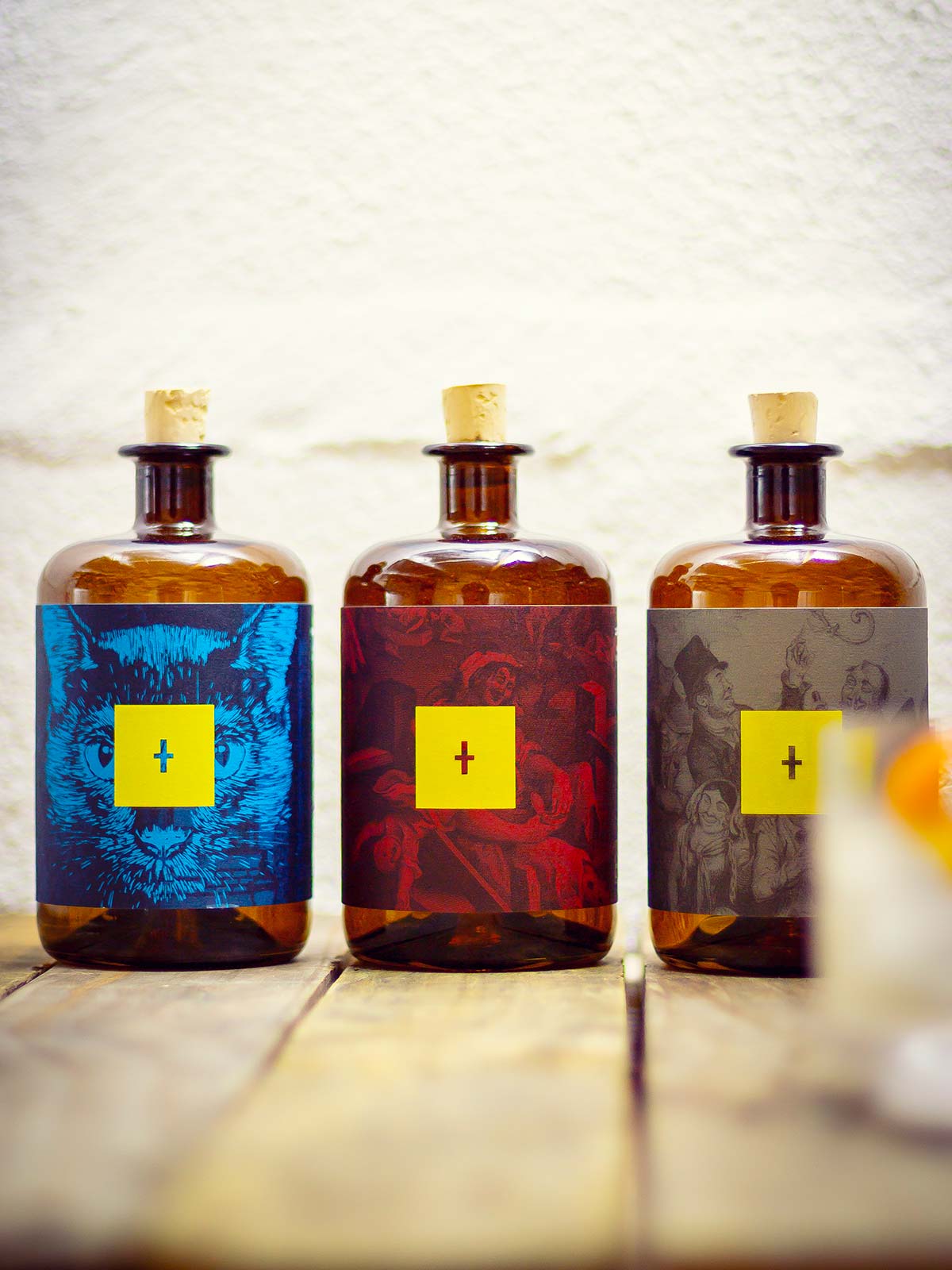 Can you introduce yourself and tell us about your business and background?

I’m Darran Edmond, and I founded Illicit Spirits in late 2017. We’re a small distillery based in a repurposed railway arch in the Tradeston area of Glasgow, currently producing gin and rum.

What contract distillation services do you offer?

Everything really, depending on the needs of the client. It can range from existing brands who simply want to relocate their production, to companies who are just starting out from scratch and looking for full-on NPD (new product development).

What’s your process for creating a contract distilled gin?

For a brand looking to develop a recipe, the first stage would be sitting down with the owners to get an idea of the style of gin they’re looking for – maybe looking at some of the products already on the market which they like and would want to take inspiration from. There’s always a tie in here with the development of the brand itself – how does the liquid fit in with the story you’re trying to tell? Are there particular botanicals to be included as part of the provenance you’re drawing upon? This gives us our starting point.

What follows is the best part of the process for me – I go away and prepare a few samples on our mini-still (1.5L), and then we’ll sit down again and have a tasting session and decide which direction to take. Again, it can vary greatly at this point – sometimes one of the early batches proves a winner, but other projects I’ve worked on have required dozens of distillations (and many tasting sessions) to get it right. 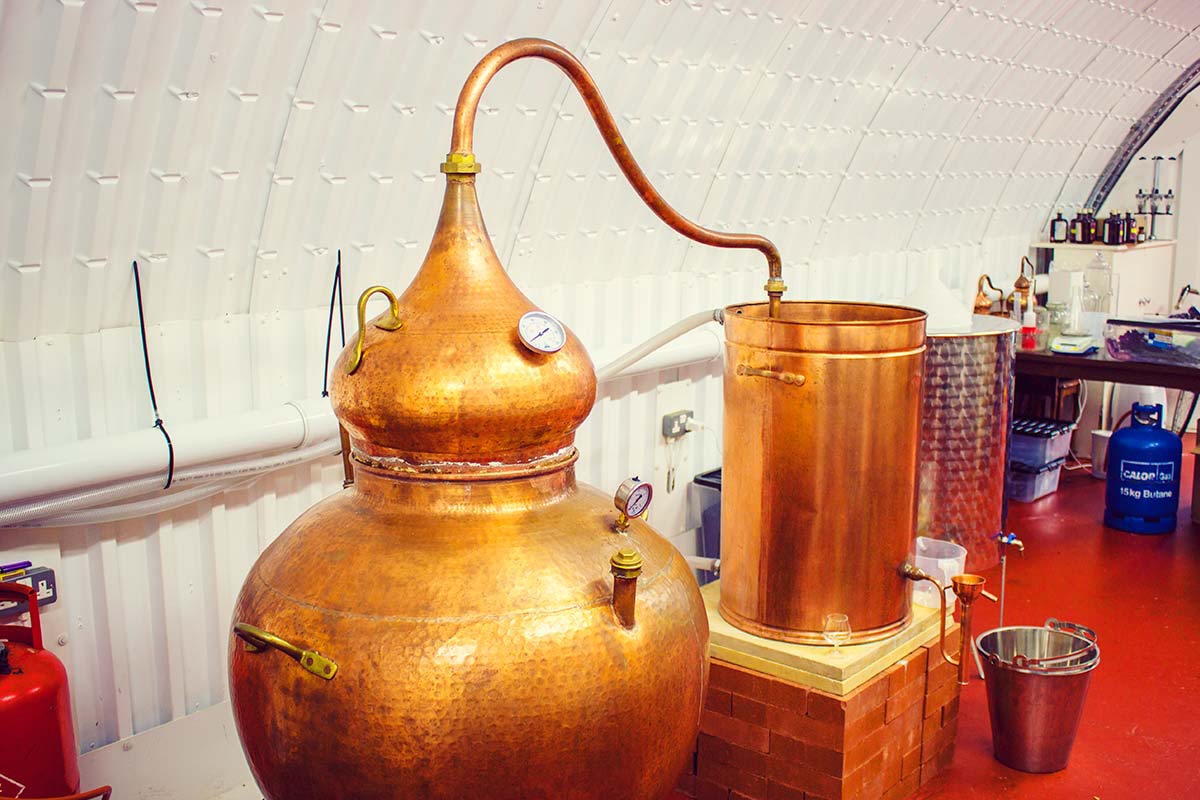 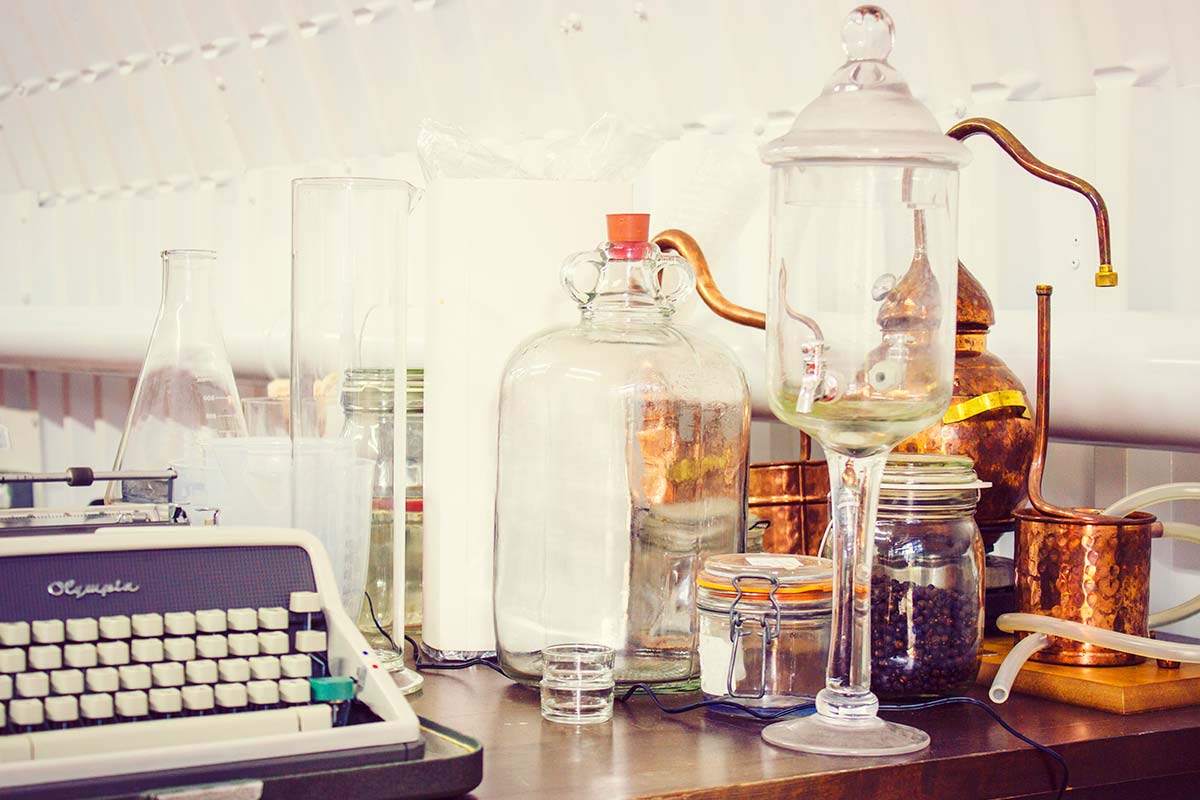 What are some of the challenges you face when contract distilling a gin?

I think the main challenge is not to be too opinionated! Illicit is a one-man-band, and so I get to make all the decisions unilaterally. When working with a contract distilling client, I have to change my mindset and act more as a consultant. This especially applies to recipe development. Although I’ve developed my palate through years of working on recipe development and can offer my professional advice, taste in particular is a very personal thing, and it’s always the client who has the final say.

What are the best bits about contract distilling and do you think this work has helped you develop your skills as a distiller?

I suppose the recipe development is the part which is the most fun. Often the products I work on for contract clients are things which wouldn’t fit the Illicit brand, and so it gets me out of my comfort zone and helps me challenge myself to become a better distiller.

How involved are you in the development of the recipe for a contract distilled gin?

It really depends on the client. I’ve taken on production of established brands who already have a complete recipe and process in place, which only need minor adjustments to account for our equipment and capacity. I’ve also worked with clients who were right at the beginning of their journey, and I’ve worked with them to not only create a recipe, but also the concept for their product. 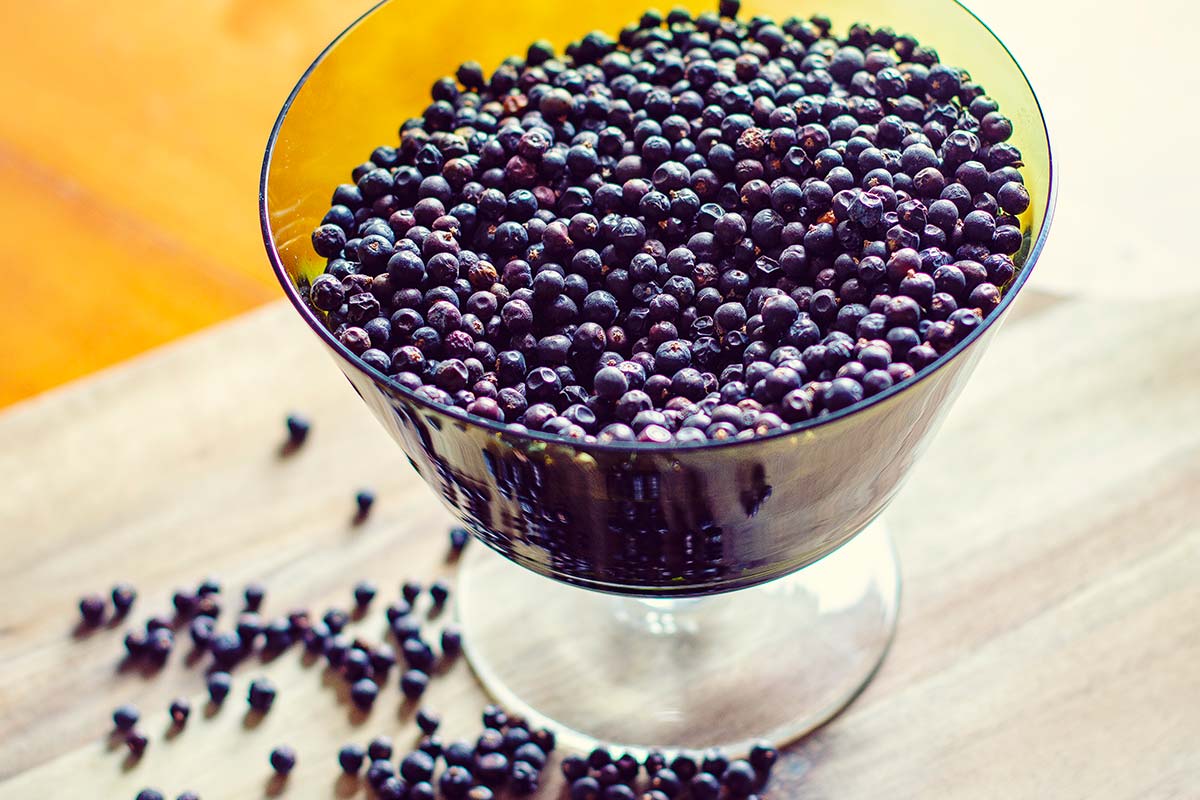 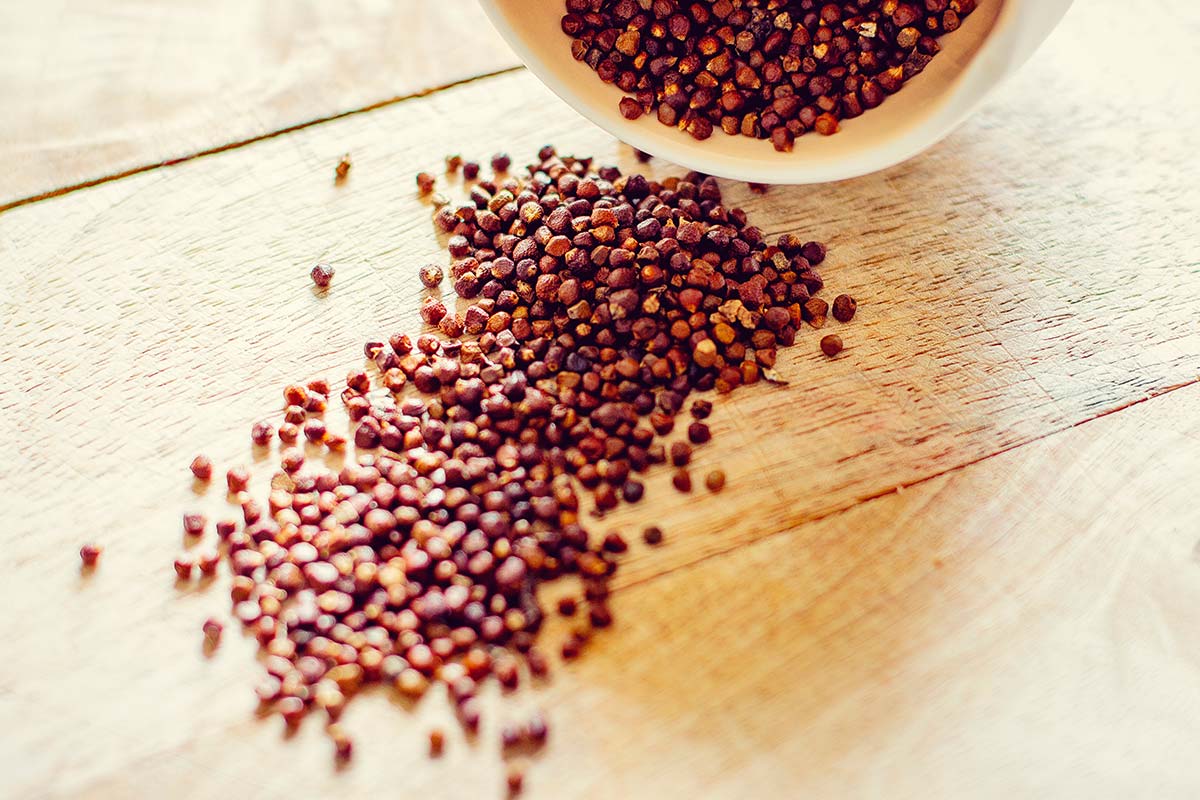 How important is contract distillation work to your business?

Interestingly, it really wasn’t something that I gave much consideration to prior to founding Illicit. As someone who had previously worked as a distiller for various other brands, one of my main motivations when opening the distillery was to be able to focus on creating my own products, rather than producing someone elses! Ironically though, contract distilling has become a really important pillar of the business. Especially during the early days – starting out small and with a limited budget – contract distilling proved a vital source of income.

Why do you think contract distilled gins are sometimes frowned upon?

Sadly, during the early days of the Scottish gin boom, I think there was a trend where brands would use contract distilling in a way that wasn’t particularly transparent. Usually this would involve building the brand around a particular location and provenance, but actually having the gin distilled somewhere far from – and far less glamorous than – the beautiful and remote location referenced on the bottle. In the consciousness of the gin drinking public, I think all contract distilled gins were tarred with this brush, even the ones who are very open about the process.

I would also say that, due to the rise of all things “craft”, people often make the mistaken assumption that smaller is better, and tend to associate contract distilled gins with large factory-like production sites, which as you can see from us is certainly not the case!

Although we’re not a big facility, one thing we can offer is expertise: before starting Illicit I worked as a distiller and developed recipes for several other renowned gin brands, and prior to that obtained a Master’s degree in Brewing & Distilling, and a degree in Chemistry. Although the oft-touted brand story of someone with no experience quitting their job to become a gin distiller and setting up production in their garage sounds romantic, I would humbly suggest that consulting someone with expertise in the field is in fact often likely to result in a better-quality product. Some of the most highly regarded Scottish gins on the market are contact distilled. 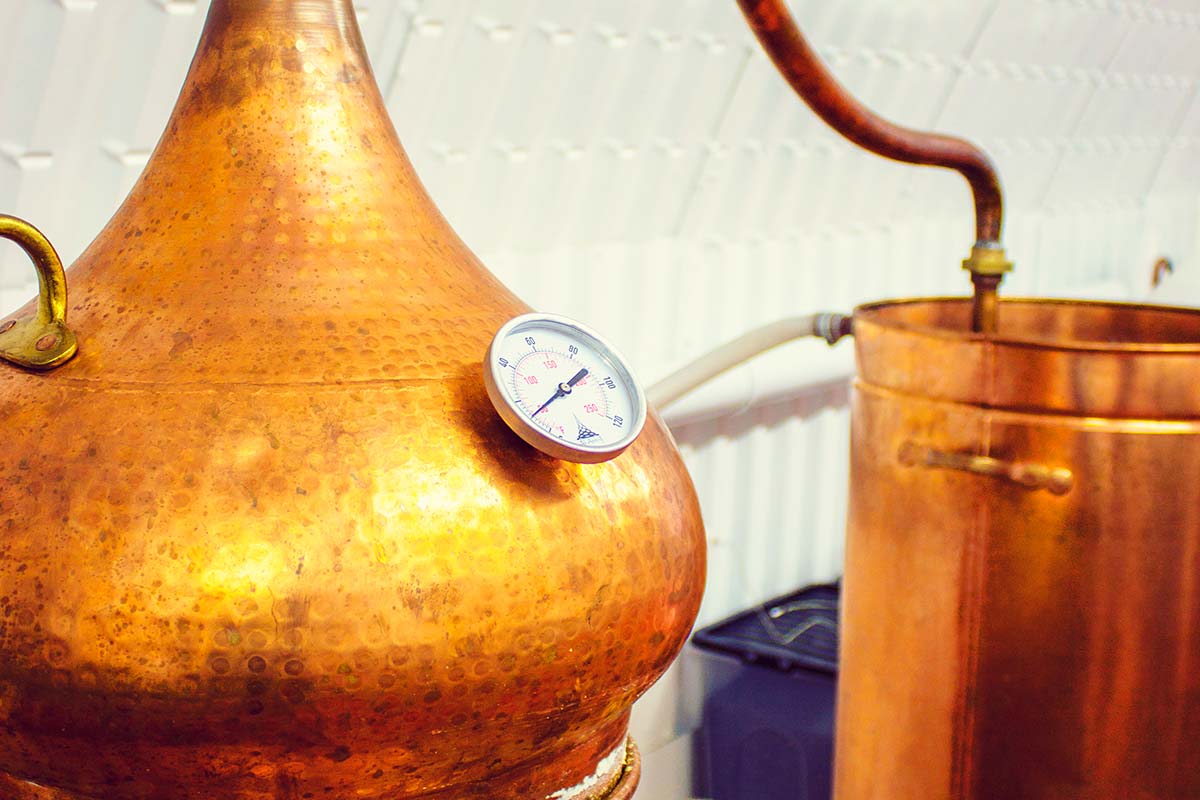 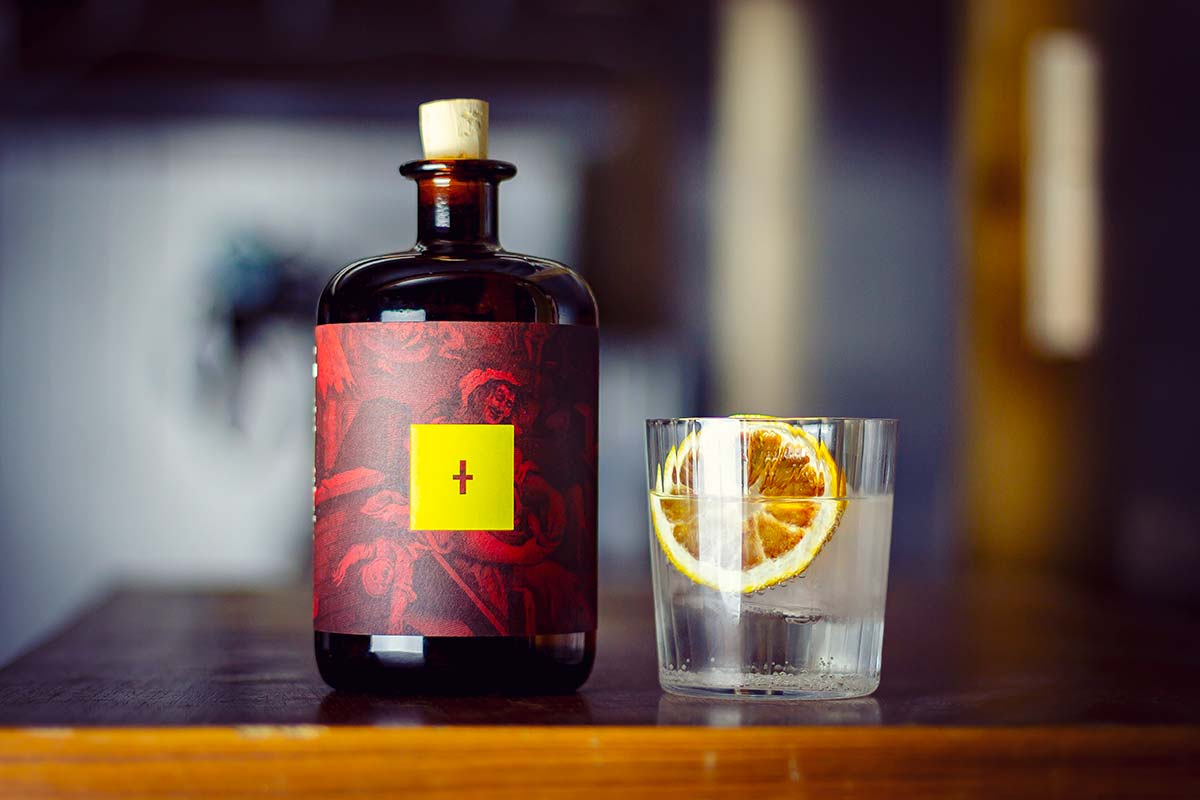 What advice would you give to someone who’s looking to get a contract distilled gin made?

I’d say – although this may sound counter-intuitive – it’s important to have your brand fully fleshed-out before contacting a distiller to develop the liquid. The story and values behind your brand can often inform what’s in the bottle more than the other way around. This can range from wanting to include a particular botanical to draw on a sense of place, to considering your price point and who your ideal customer might be. Are you looking to create a super-premium luxury product dripping in authenticity? Or are you going down the route of creating a flavoured gin liqueur with broader appeal to the casual gin drinker? It’s crucial to know this right from the start.

Do you think the consumer cares if a gin is contract distilled?

As referenced above, I think honesty and transparency is key, especially when it comes to location, which seems to be the cornerstone of most gin brands. While we discourage the brands we work with from explicitly mentioning us by name, they are all open about being distilled in Glasgow. We would never distil a product which we knew was going to be marketed in a dubious way.

Also, we should make it clear that we are proud of everything that leaves our distillery, whether it has our own name on it or not. I think if the liquid is good, and the brand is presented with authenticity, this would trump any concerns about contract distilling for the average gin consumer. 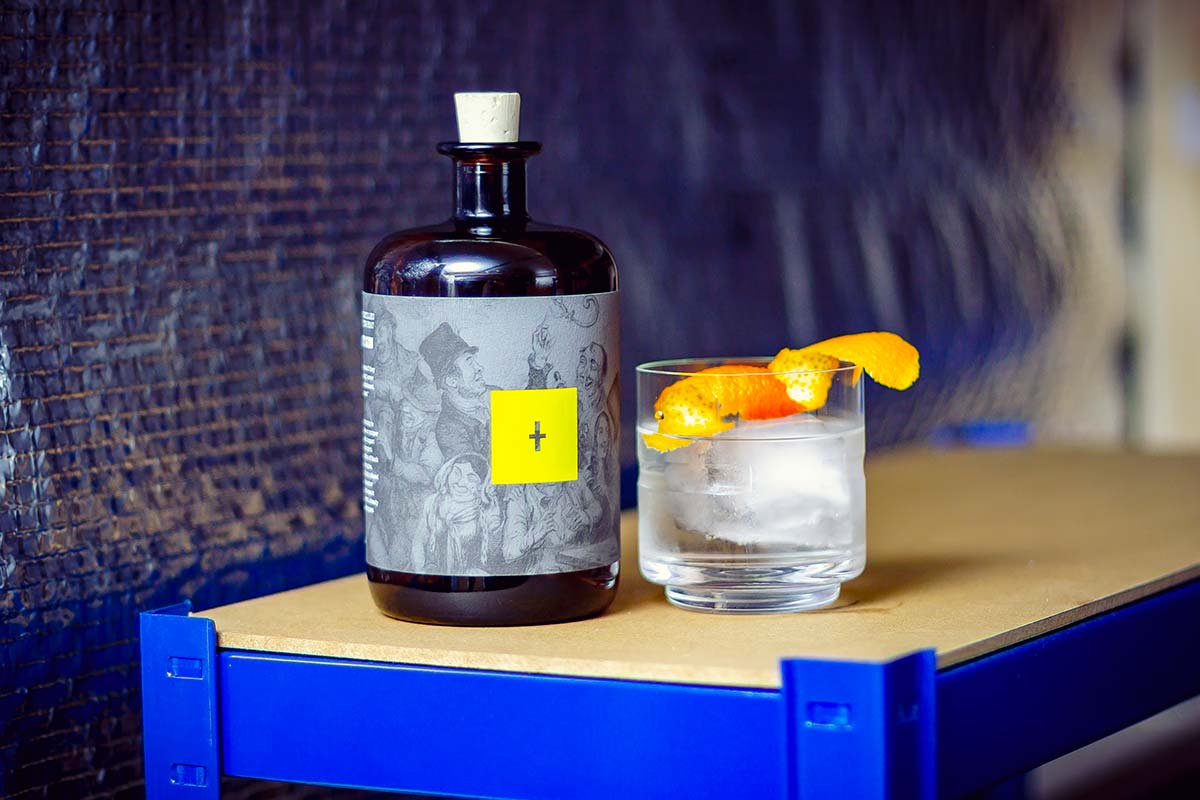 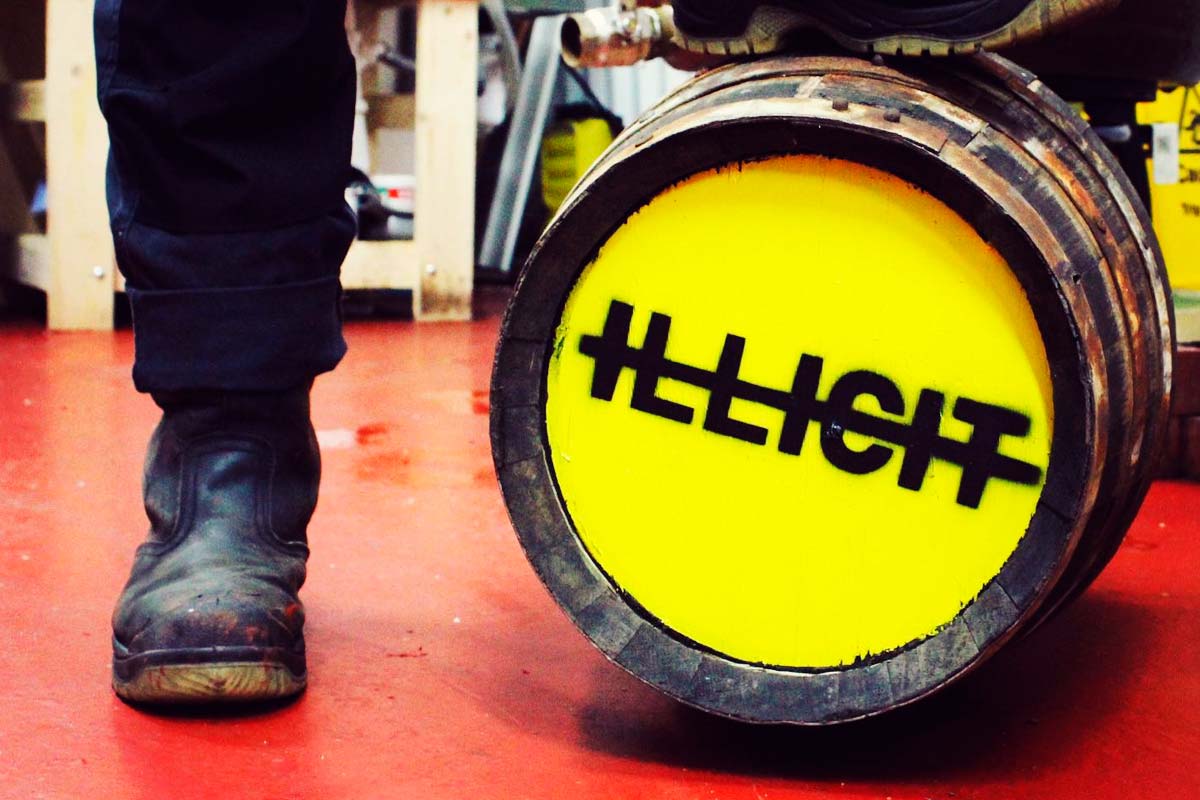 Do you think all brand owners should make it clear where their gin is distilled and by whom?

No, not really. As we said earlier, we discourage our contract distilling clients from naming us explicitly as the producer to avoid conflation between brands and to keep the relationship with our clients simple.

Not really, it’s a matter of personal preference as to how you’d like to run your business. I can say from personal experience that there’s a lot that goes into running a distillery, even one this small! For many brand owners, they prefer to stay just that, and put their energy into other areas of the business than production. This applies especially for people who have no technical distilling experience.

Absolutely! As I said before, just because it doesn’t have our brand name on it doesn’t mean we take any less care with it – it’s a matter of professional pride that every drop of liquid that leaves our distillery meets our standards. I believe if it’s distilled in Scotland, then it’s Scottish gin – simple. 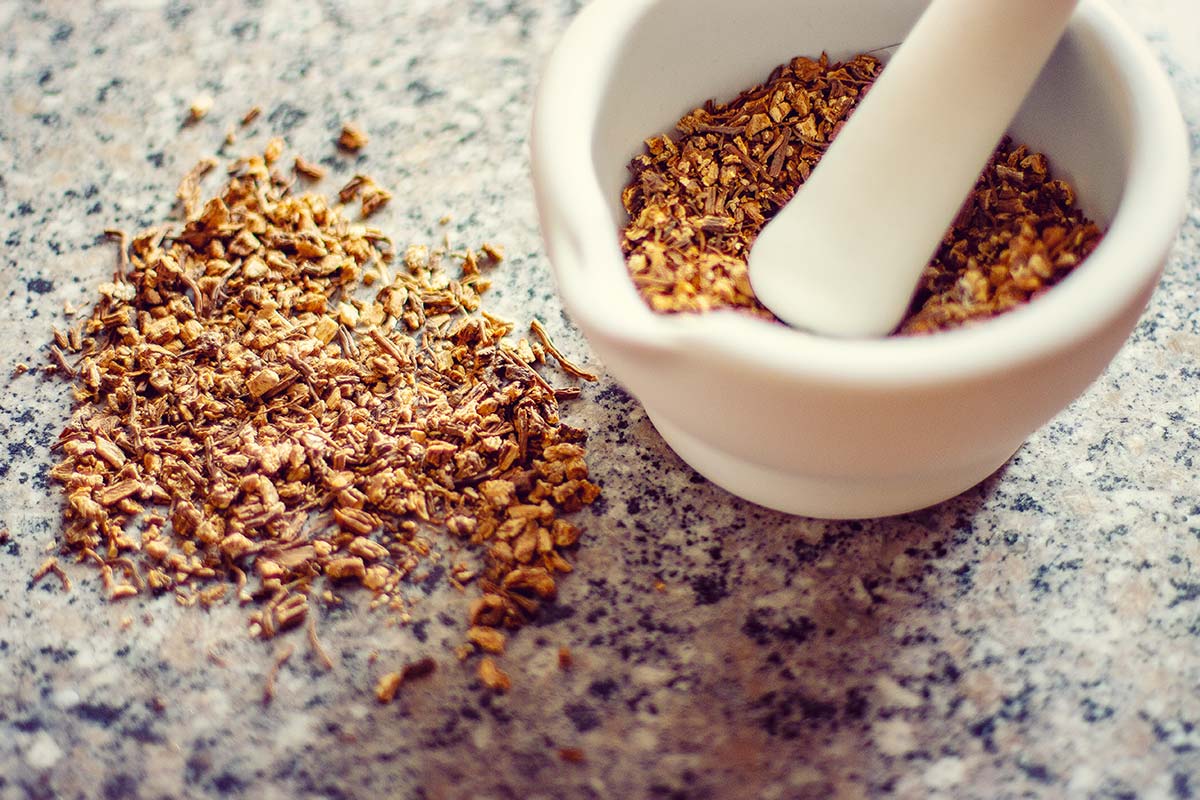 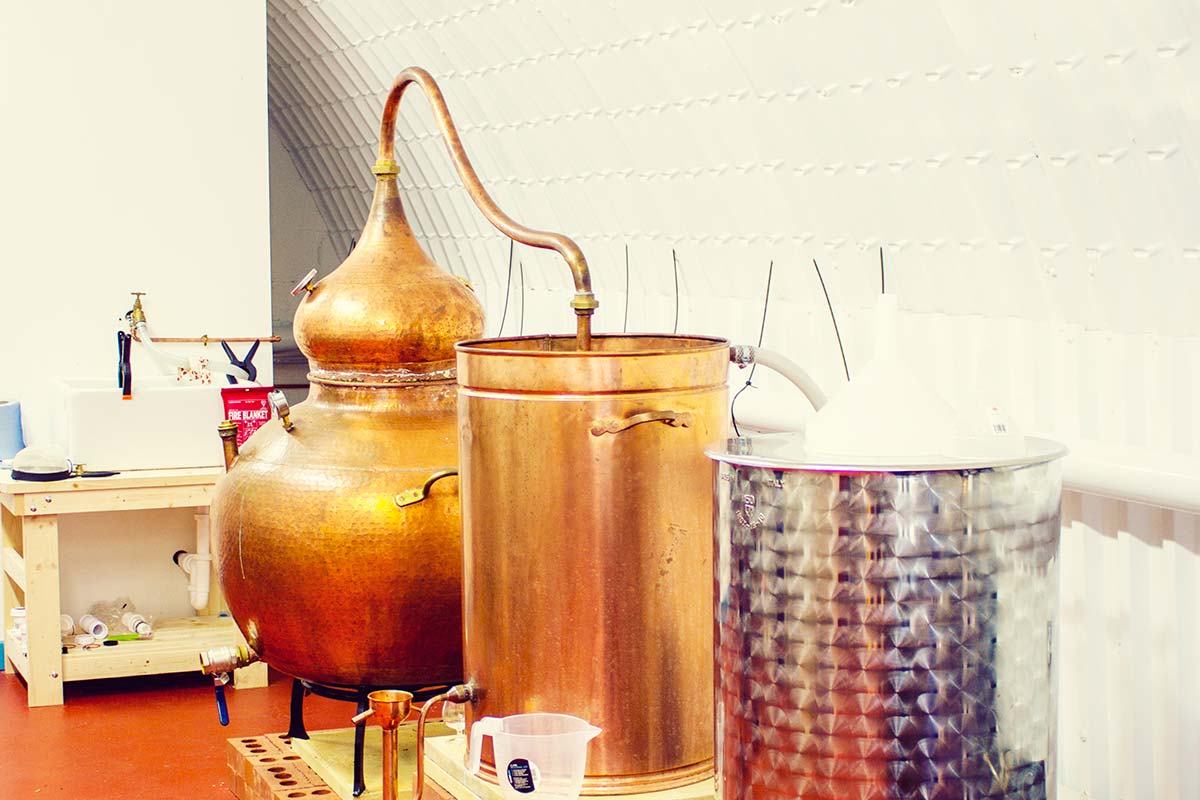 You can learn more about Illicit Spirits by visiting the link below.