Ellis Gin was initially created in late 2016 by founder Carol Jackson as the base for the highly successful Gin&Mix cocktails. The gin evolved over a period of 18 months and Ellis Gin officially launched in September 2018 as two flavoured, coloured gins, which enchantingly change colour when mixer is added. The flavours are Scottish Bramble and Butterfly Pea.

Ellis Gin is discreetly distilled by Illicit Spirits in a hidden railway arch in Glasgow. Produced in a 100 litre copper still in small batches but with big flavours. Ellis is a real family affair, named affectionately after Carol’s daughter, each bottle is hand bottled, hand labelled, hand sealed and individually numbered by the family.

Ellis No. 2 is a Bramble Gin. It is beautifully coloured and naturally flavoured using Scottish brambles, with no additives or colourings, giving it a sweet floral bramble taste. When tonic is added it mysteriously changes from red to a subtle orange. 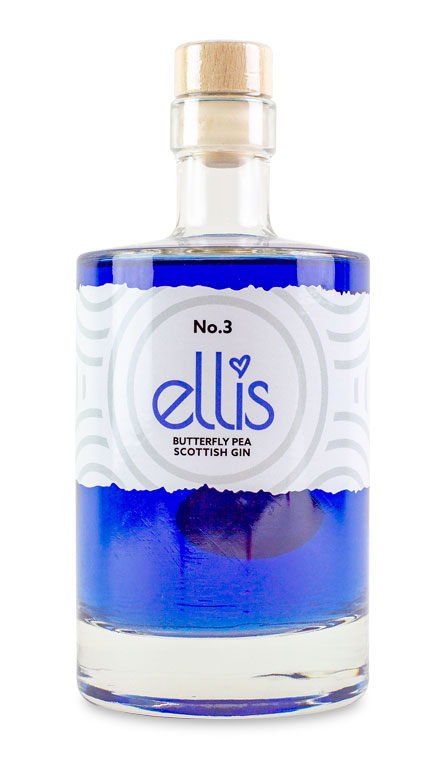 Ellis No. 3 is a Butterfly Pea Gin. Using the Asian Butterfly pea botanical, which is commonly used in medicinal teas, it naturally colours and slightly sweetens the gin. It is a vibrant blue colour but when tonic is added the gin enchantingly changes to a gorgeous lilac colour. 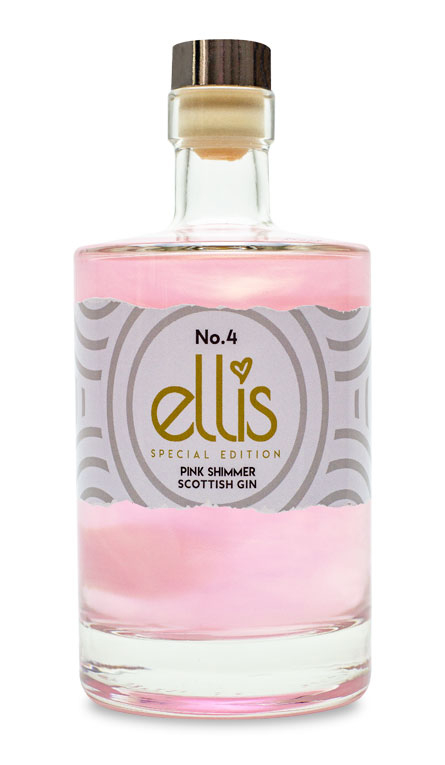 Ellis No. 4 is special edition pink gin that features a gold shimmer when the bottle is shaken or the gin is poured and mixed with tonic. Botanicals used in the distillation include juniper, angelica, citrus peel and more. The addition of strawberry syrup adds a lovely hint of summer strawberries plus creates pink hues.